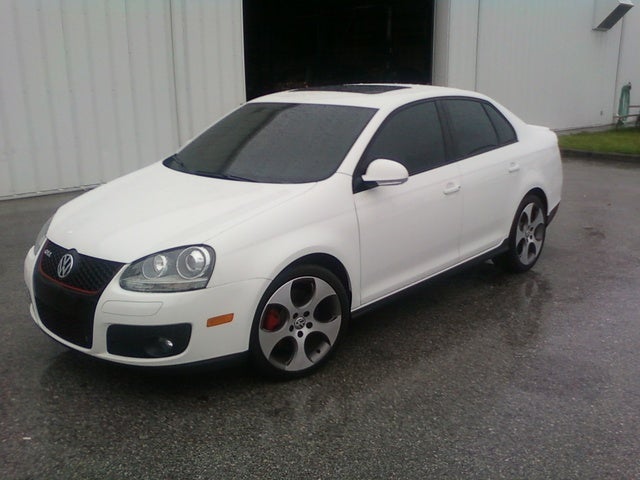 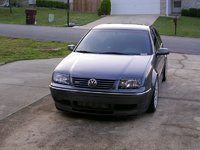 CarGurus has 7 nationwide GLI listings and the tools to find you a great deal.

In its second year as a model distinct from the Jetta, the 2009 Volkswagen GLI adds heated front seats and a 6-CD changer to its standard equipment. This compact sport sedan can be seen as a counterpart to the hatchback GTI and competes with the Civic Si, the Subaru WRX, and the Acura TSX. Tight, precise handling and maneuverability with quick off-the-line power give the 2009 GLI an exciting driving dynamic, while refined European design on the inside keeps everything upscale.

Helping drivers have fun behind the wheel, the GLI's 16-valve, 2.0-liter turbocharged inline four delivers 200 hp and 207 lb-ft of torque in a wide 1,800-5,000 RPM range. Its turbo power impresses even more with its 21/29 mpg and PZEV compatibility. Paired with a 6-speed manual, the 2009 GLI hits 0-60 in 7.2 seconds. Switch to the 6-speed DSG sequential shift automatic and that number dips to 6.9 seconds. Test drives find both transmissions quick and responsive.

The GLI seats four in two rows, with a large 16-cubic-foot trunk accessed via an armrest pass-through or by the 60/40 split-folding rear seats. Head and legroom favors front passengers, with back-seat riders probably feeling a bit hemmed in on long trips. The 2009 GLI earns four stars in front impact and five in side impact tests, offering standard traction and stability control, four-wheel ABS brakes, dual-stage front-side and side curtain airbags for both rows, mirrors with turn signals, and a tire monitor.

Reviewers give high marks to the 2009 GLI's expert handling, which exhibits very little body lean in combination with tight maneuverability and good driver feedback. It's a sedan that will appeal to those needing a commuter car during the week, but wanting to have a little fun on the weekends. Back seat space feels a bit compromised, but the large trunk and high-quality cabin materials make the GLI seem more refined than many compacts. Despite noticeable turbo lag, the four-banger engine rides quietly and provides good acceleration response. Though it requires premium gas, the 2009 GLI represents a cheaper alternative to higher-priced luxury sport sedans and offers satisfying driving dynamics.

What's your take on the 2009 Volkswagen GLI?

Have you driven a 2009 Volkswagen GLI?
Rank This Car

CarGurus has 7 nationwide GLI listings and the tools to find you a great deal.

GLI Suspension The Same/similar To GTI?

Recently switched to a GLI after several years of GTIs including a 2006 MkV. To say the least I'm very disappointed with the performance of the 2009 GLI- I though the handling would be much more simil...