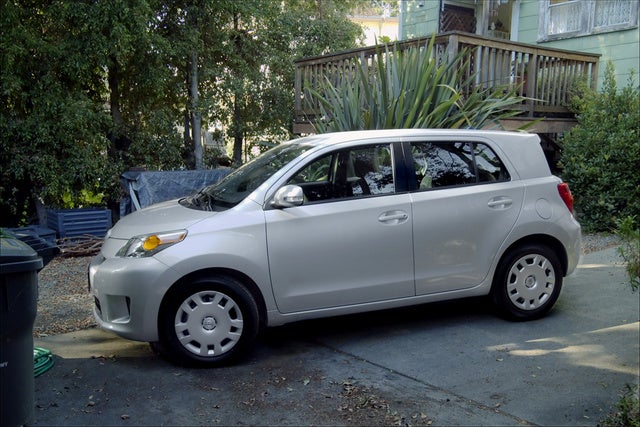 The 2009 Scion xD is fuel efficient, affordable, and stylish, with enough options available to help drown out any nasty remarks you might hear about it looking like an “economy car.”

While a great value, the 2009 xD is still an economy car, which shows up in a sloppy suspension and an anemic powerplant.

The 2009 Scion xD one of the best deals available, with a list of standard features that can almost make you forget it’s an economy car. Start checking off some of the long list of options, and your memory will continue to deteriorate. It gets over 30 mpg, it’s comfortable if you fit, and it looks good.

2008 saw the Scion xD replace the xA as the baby of the bunch, Scion’s resident subcompact. Unchanged from last year, this front-wheel drive, five-door subcompact is the entry-level offering, aimed at the youth market for which the Scion brand was designed.

As with the rest, the Scion xD is available in one trim, with one engine, a five-speed manual or four-speed automatic transmission, and a long list of standard features. Again, as with the rest of the Scion crew, owners have access to several dozen options and accessories as well as a vibrant aftermarket for all manner of customization. 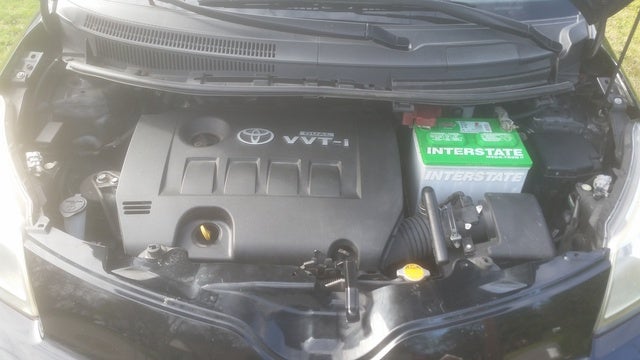 Like the rest of Scion's lineup, its smallest entry, the xD, has only one available engine, a 1.8-liter, 128-hp inline four cylinder, mated to either a five-speed manual or four-speed automatic transmission. Fuel economy is impressive, with manual-equipped xDs achieving EPA estimates of 27/33 mpg and automatic-equipped models dropping only 1 mpg in both categories for 26/32. Scion recommends regular-grade gasoline for the xD.

The manual transmission has been praised as smooth in both engagement and gear selection, but the automatic has seen criticism for slow reactions and the need for coaxing it into downshifts. This is no surprise, as the xD is slightly underpowered, making even take-offs a bit sluggish. Passing is labored at anything over 30 mph, especially when carrying several passengers or otherwise heavy loads.

As would be expected for a subcompact, the xD's short wheelbase exacerbates every bump and rut in the road, and this is made even worse by a soft suspension that magnifies rather than absorbing them. For the same reasons, there’s quite a bit of lean in turns, increasing alarmingly as speed increases. What’s most frustrating, perhaps, is the fact that while the suspension reminds you of every inconsistency in the road, the steering is almost completely numb, transferring little to no road feel at all. The tires remind you audibly that they’re there in all instances except waiting at a light, but the brakes at least are strong and pedal feel is firm, even though there are still drums out back.

Like the rest of the Scion lineup, the xD makes use of hard plastics, but avoids coming across as particularly cheap. This is no small feat for a car costing less than fifteen thousand dollars. Fortunately, it manages to avoid some of the pitfalls its brothers have fallen into, namely questionable ergonomics with regard to gauge and control layouts. All are well placed and easy to use, with the possible exception of the navigation system’s incorporation of audio controls, which some claim is overly complicated.

However, the xD is not for taller drivers, and some of even average height may find themselves wanting more head- or legroom. However, for those that fit, the seats are comfortable and well-positioned, especially important considering the lack of height adjustment in the driver’s seat.

Rear seats are predictably small and difficult to access due to a small and awkward door opening. Once inside, only those of small stature have any chance of avoiding cramping, despite the extra 6 inches to be gained by sliding the 60/40-split rear seat backward. That said, cargo room is more abundant than should be expected for a subcompact, with over 35 cubic feet total, and many bins, slots, and compartments.

Standard safety features are very impressive, with dual front, front side, and curtain side airbags, antilock brakes with brake assist, and a tire pressure monitor. An anti-skid system with traction control is available as an option.

Shorter drivers have little to complain about, other than the sloppy suspension, and have been very pleased with the xD's styling and fuel economy. Its lack of power has been a point of contention for some, but is on par with the other entrants in the subcompact class. The xD’s major selling points, as with all Scions, are a low base price, a wealth of standard features, and a long list of options that make customization easy, all of which receive repeated praise from owners.

Users ranked 2009 Scion xD against other cars which they drove/owned. Each ranking was based on 9 categories. Here is the summary of top rankings.

I Have A 2009 Toyota Scion With An Aftermerket Pioneer Radio In It And It I...