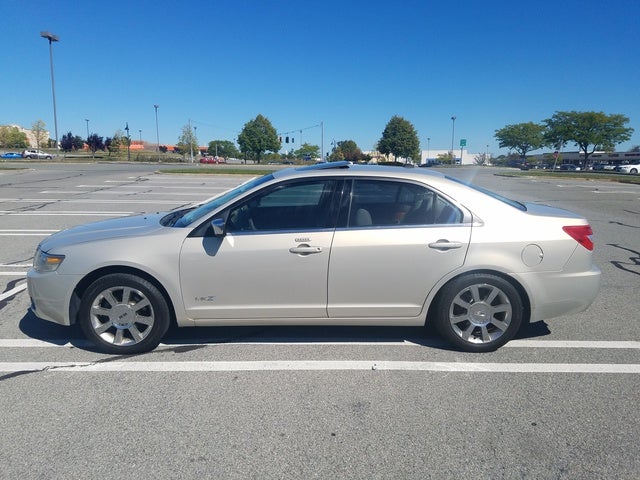 The 2009 Lincoln MKZ offers an available all-wheel-drive trim, a ton of standard safety and convenience features, and a better-than-decent ride.

Inferior cabin materials, iffy gas mileage, and grandfatherly styling keep the ’09 MKZ in the lower half of the luxury market.

Standard creature comforts, safety, luxury, and just plain value characterize the 2009 Lincoln MKZ. Take out the “luxury,” however, and you have a less-expensive Ford Fusion. A major styling upgrade, something to grab the younger buyers, would do wonders for what is, at heart, a true luxury automobile.

Except for an anti-skid safety system introduced in the 2009 model, the Lincoln MKZ has remained unchanged since its unveiling in ’07. After years of semi-neglect, the MKZ, along with the Lincoln MKS and the venerable Lincoln Town Car, represents Ford’s attempt to reclaim a significant share of the luxury sedan market. And it seems to be succeeding. A fair number of owners have confessed to trading their Hondas, Acuras, and Lexuses – even a Chrysler 300 – for the MKZ, and all are happy with the decision. This speaks volumes about the comparative value of the MKZ. Though a bit dated in its exterior design, the ’09 MKZ is still all about comfort and luxury. An available all-wheel-drive trim also elevates the MKZ above most of its premier-sedan competition.

Based on the more plebian Ford Fusion, the four-door, five-passenger Lincoln MKZ is, essentially, a Fusion with a few extra gimmicks and a distinctive grille. Lincoln is making noises about a significant re-design in 2010 to distance itself from the Fusion and to fit the MKZ into its own distinct niche in the luxury sedan market. Until that happens, however, those owners who appreciate styling and luxury in the Lincoln tradition will go for the ’09 MKZ just the way it is.

Most reviewers find the ’09 Lincoln MKZ leans toward comfort more than sportiness, which isn’t necessarily a bad thing. The problem is that today’s younger buyers want sportier, more up-to-date styling, and that just isn’t what the MKZ is about – yet. 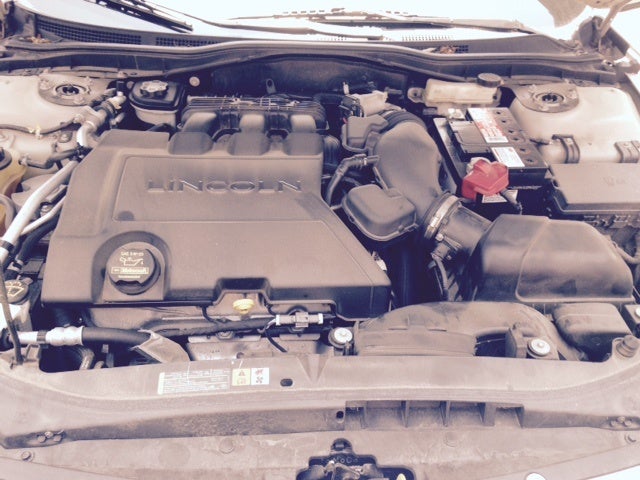 The Lincoln MKZ is available with only one engine and one transmission for 2009. A 24-valve, 3.5-liter DOHC V6 and six-speed automatic transmission give the MKZ 263 hp at 6,250 RPM and 249 lb-ft of torque at 4,500 RPM. Acceleration with the 3.5-liter is described by most reviewers as “confident,” the shifting as quick, quiet, and, for the most part, quirk-free. A number of reviewers do note the six-speed's tendency to downshift quite a bit when climbing hills.

Professional reviews find the 3.5-liter with its six-speed to be more than adequate both in town and on the highway. Some reviewers complain, however, about the lack of an auto-manual shift feature with the six-speed automatic. This is offered in almost all other luxury sedans on the market, and, it’s assumed, the lack will be addressed for the 2010 model year.

The 2009 Lincoln MKZ is equipped with a rigid frame and four-wheel independent suspension. A short and long arm front and multilink rear suspension configuration, in combination with front and rear stabilizer bars, gives the MKZ a comfortable ride and decent handling capabilities. Most professional reviewers find the MKZ almost identical to the Ford Fusion in ride and handling, which isn’t surprising, considering both share a similar suspension package with the only difference being the Fusion's double-wishbone front suspension configuration.

The ’09 MKZ rolls on standard 17-inch wheels, the only size available, and is equipped with four-wheel power disc brakes. Reviewers and owners alike are impressed with the MKZ's stopping power. A wide turning circle, however, makes maneuvering the MKZ a bit tricky in tight spaces.

The available AWD configuration for the Lincoln MKZ in ‘09 is a bit unique in that it can transfer gripping power not only from rear to front wheels, but also from side to side, a distinct advantage in adverse road conditions.

Reviewers find that the ’09 MKZ, though luxurious enough in ride comfort and handling characteristics, has a tendency to lean and nose-plow during hard cornering, but smooths out rough roads and is among the quieter luxury sedans on the market. A few reviewers find, however, that though competent in ride and handling, the MKZ falls short of the posh feel displayed by other premium sedans available today. 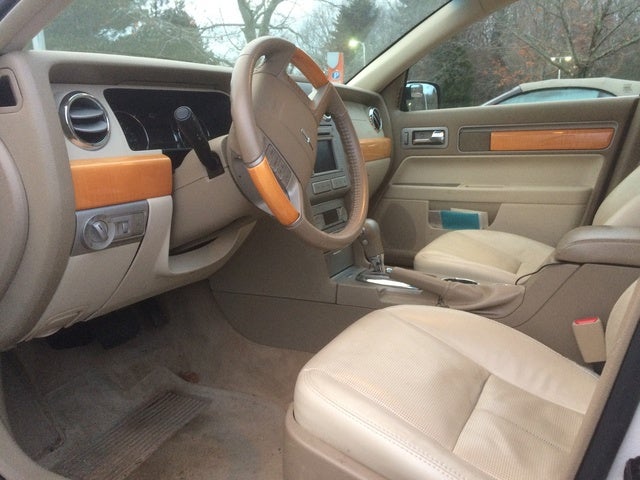 Although the ’09 MKZ boasts almost 16 cubic feet of luggage space, reviewers and some owners feel its cabin cubbies and pockets are not as roomy as those of many of its competitors.

Both professional reviewers and owners agree that this list of cabin features in the ’09 Lincoln MKZ is second to none. Gauges are easily read except in certain lighting conditions, when the backdrop makes distinguishing the gauges a bit difficult. The nav screen controls are described as small and difficult to figure out, but most reviewers find all other controls to be well-marked and accessible. Nearly all reviewers and many owners note, however, that some of the MKZ's interior materials leave much to be desired for a premium sedan.

Owners of the ’09 Lincoln MKZ are impressed first and foremost with the addition of standard electronic stability control, with a few wondering why it was so long in coming.

Though many owners complain of a lack of legroom in the middle position of the MKZ's rear seat, seats are found to be comfortable, but for a few owners, a bit too small. Virtually every owner mentions that the trunk-lid on the MKZ needs a pull-down strap or handle to avoid fingerprints all over the lid.

Gas mileage is deemed acceptable by some owners, less than stellar by others, with the consensus being that Lincoln could do better with the MKZ, mileage-wise. The fact that the ’09 MKZ uses regular gas, though, impresses more than a few owners.

Its lack of interior storage aside, all owners find the 2009 Lincoln MKZ roomy, luxurious, and safe, with better-than-adequate acceleration, ride, and handling. The available THX Premium audio system and SYNC communications technology also impress owners, as do the heated and cooled front seats.

The MKZ's safety features and “excellent brakes,” combined with its overall reliability, styling, standard features, options, and luxury, have most owners praising the ’09 MKZ for its pure and simple value.

samantha_phat nice but inside is a little squarish

Have you driven a 2009 Lincoln MKZ?
Rank This Car

The bulb was replaced four months ago. The fuses are good. What's wrong?

Where Is The Cabin Air Filter Located On A 2009 MKZ? The Unit Behind The Gl...

Everytime I put in more then 16 gallons or so. The gas leaks out on the ground from the middle of the car. An car always smells of gas

Where Is The Gas Line Filter Located ?

Greetings, I need to locate/change the gas line filter on a 2009 MKZ. Where is the filter located? Thanks

230 views with 1 answer (last answer about a year ago)