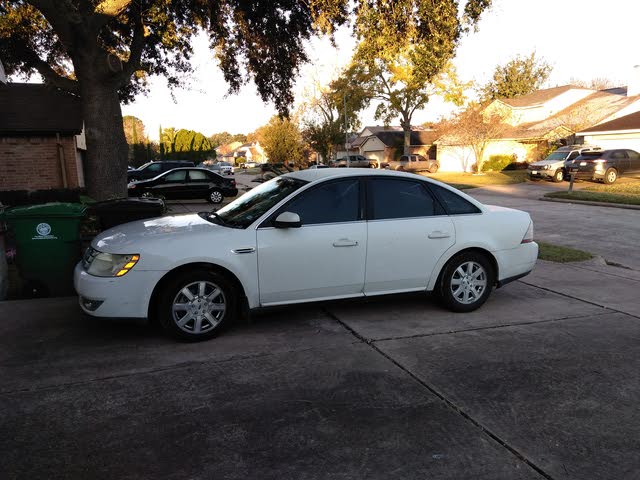 While its exterior styling won't turn any heads, underneath its sleek skin the 2009 Ford Taurus delivers a solid, reliable, and comfortable four-door family sedan, with class-leading safety features and cargo space, and a few notable electronic gadgets, like the Ford SYNC communication system and a handy Reverse Sensing System.

Some drivers find the Taurus's exterior styling dull and find fault with its equally dull handling, while others require more support from the sedan's relatively flat but otherwise comfortable seats. 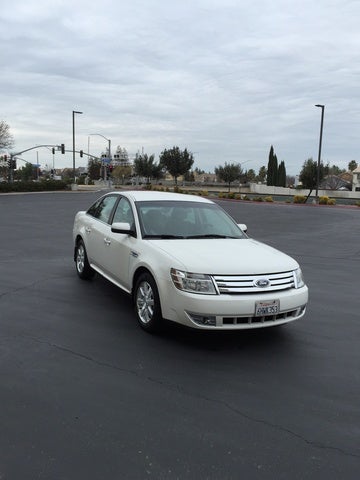 Although many consider the 2009 Ford Taurus a no-frills sedan, it delivers respectable performance and handling, as well as a roomy and comfortable cabin. The family-oriented Taurus excels in a few areas, like safety features and fuel economy, but overall it delivers a solid list of features and good value for drivers seeking a functional and competitive domestic sedan.

Due for a design refresh in 2010, the Ford Taurus full-size sedan changes little for 2009. However, to keep the lineup fresh, Ford adds a new SE trim, which joins the existing SEL and Limited trims. The SE serves as an entry-level trim, allowing Ford to add a few new standard features to the SEL and Limited for '09. In addition, the automaker includes its AdvancTrac Electronic Stability Control system as a standard feature on all trims for 2009.

Now in the fifth year of its current design (including two years when it was called the Five Hundred before switching back to the Taurus badge), the Taurus has established a reputation for affordability, reliability, and safety. Exterior features include Ford's signature three-bar chrome grille, foglights, and dual chrome exhaust vents. While some find the Taurus's exterior styling unexciting (which should change with the upcoming redesign), the Taurus feels comfortable, like an old friend, and delivers ably in several areas, including fuel efficiency and interior comfort. 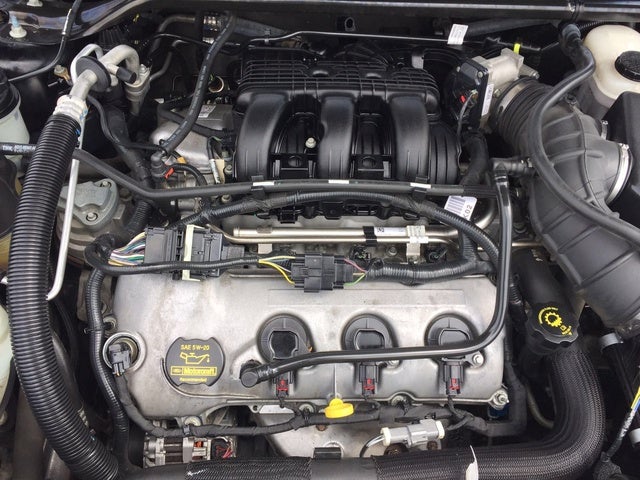 A 3.5-liter Duratec V6 engine drives all three Taurus trims. This V6 pumps out a respectable 263 hp and 249 lb-ft of torque. It links to a six-speed automatic, which is the only transmission available for the Taurus, prompting some drivers to note the lack of a manual transmission for sportier driving. The powerplant posts fuel economy numbers of 18/28 mpg for front-wheel-drive trims.

While the SE comes only with front-wheel drive, both the SEL and Limited trims are available with optional all-wheel drive, which includes traction control. When required by muddy, rainy, snowy, or icy conditions, the all-wheel-drive system automatically distributes up to 100 percent of torque to the wheels with the most traction, improving overall stability. Fuel economy for AWD trims drops to 17/24 mpg.

While the V6-equipped Taurus won't break any world speed records, it performs well as a daily commuter, and shifts smoothly when accelerating. At times, however, the transmission downshifts slowly, especially when decelerating quickly from highway speeds, according to some reports. 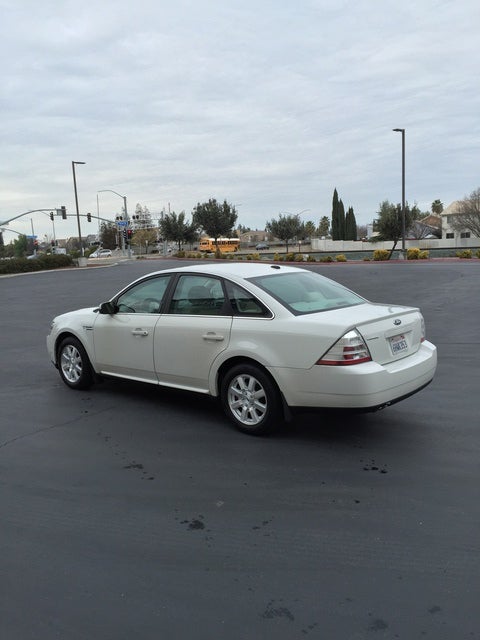 The 2009 Taurus rides on a four-wheel independent suspension with MacPherson struts in the front and a multilink suspension with coil-over shocks and a stabilizer bar in the rear. Ford tuned the suspension for a soft, comfortable ride, rather than a firm, sporty one, which fits the Taurus's overall profile as a daily-use family sedan. The suspension easily handles rough and bumpy roads, though the Taurus exhibits some body lean in corners due to its straight-up stance. Although not exactly agile in corners and tight spaces, the sedan handles well when cruising at highway speeds.

The five-passenger Taurus offers roomy, comfortable seats for long trips with plenty of legroom for occupants in both the front and rear. In addition, the flat, expansive seats make it easy to slide into and out of the sedan, and seat height provides good visibility for drivers and passengers. Controls are well-arranged and easy to access, and the Taurus offers plenty of interior storage compartments and bins where busy families can store their gear. 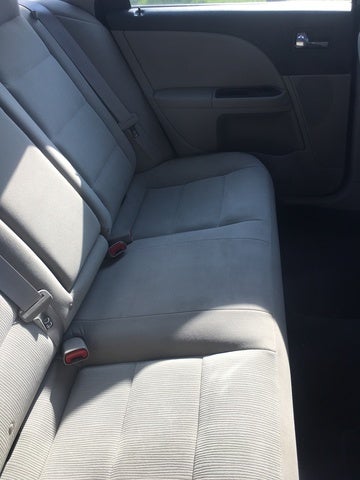 Most describe the Taurus's interior as roomy and comfortable, and while it doesn't quite live up to the standards set by upscale sedans from competitors, it makes use of quality materials that create a pleasing environment. Features like the wood-grain applique on the dash and center console provide an elegant look, and a convenient message center with a trip computer, compass, and information displays enhances functionality.

Other standard features for all trims include a leather-wrapped multifunction steering wheel, remote keyless entry, power windows and door locks, an auto-dimming rearview mirror, and an audio system with a CD player. An input jack for MP3 players is located in the center console. The SEL trim adds dual-zone automatic climate control, an outside temperature display, automatic headlights, heated exterior mirrors, and Sirius satellite radio, as well as the optional SYNC communications and entertainment system, which integrates voice-command control for the stereo and navigation system.

Cargo space also counts as a plus for the Taurus. Its spacious trunk, which offers 21.2 cubic feet of cargo space, ranks as one of the largest in any sedan offered today, and its flat floor and large opening add to its functionality. In addition, with its 60/40-split rear seat and passenger seat folded down, the Taurus can carry items up to 9 feet in length. 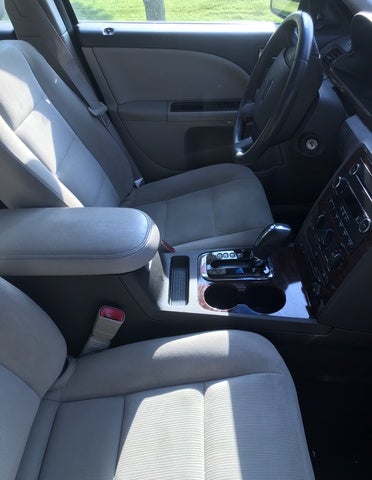 When it comes to safety features, the Taurus excels. It earned five stars in front and side-impact crash tests from the National Highway Traffic Safety Administration, and the Insurance Institute for Highway Safety named the Taurus as a Top Safety Pick in 2008.

In addition to the AdvancTrac Electronic Stability Control system, now standard for 2009, other standard safety features for the Taurus include four-wheel antilock brakes with brake assist, traction control, and a full range of airbags, including dual-stage front airbags and canopy side curtains for rear passengers. The Taurus also features a post-crash alert system, which turns on the blinkers, unlocks the doors, and sounds the horn when the airbags have been deployed.

Security lamps built into the power outside mirrors on the SEL and Limited trims provide enhanced night-time visibility. In addition, the Limited trim includes a Reverse Sensing System, which alerts drivers to certain objects behind the vehicle when backing up slowly. Ultrasonic sensors in the bumper detect obstacles up to six feet away, and an audible alert with increasing frequency indicates the vehicle is closing in on the object. Drivers can add the system as an option on the SEL trim. 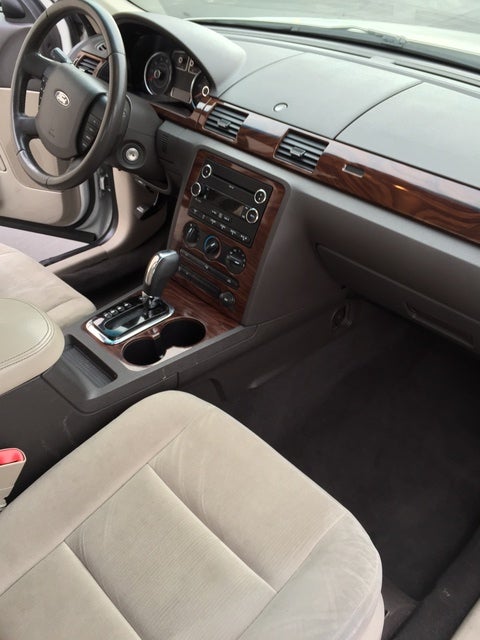 Owners like the Taurus's safety features, fuel economy, interior roominess, and overall value. They also find a lot of other positive features in the Taurus, including its good visibility, easy-to-use controls, smooth ride, and large trunk. In addition, owners give high marks to the optional SYNC system and the Reverse Sensing System. On the downside, some owners would like to see more support from the relatively flat seats, and some report excessive engine noise. As for the Taurus's exterior styling, some find it dull, but others generally like the way it looks.

CarGurus owners tout the Taurus's reliability, roominess, and fuel economy, though they, too, note that it's essentially a no-frills sedan. Some would like to see more upscale features, but overall the Taurus's safety features and functionality make it a hit with families.

Have you driven a 2009 Ford Taurus?
Rank This Car

Used hair dryer for a few minutes and will turn perfect. Why would this happen?

Keyless Entry Code For A 2009 Taurus.

Just bought this card. No owners manual. Where can i find master code to reset keyless entry?

The Ignition Key/cylinder/tumbler Won't Turn. What Might Be Causing This?

The ingnition key tumbler won't turn!! That's it. It's locked up. It is on a 2009 Ford Taurus. This happens occasionally, but several tries will usually get it to turn--not this time.

I have an 09 Taurus and my husband had the alternator rebuilt and installed it afterwards. Next morning on my way to work I listen to the radio, after work I notice my radio was off so when I tried...