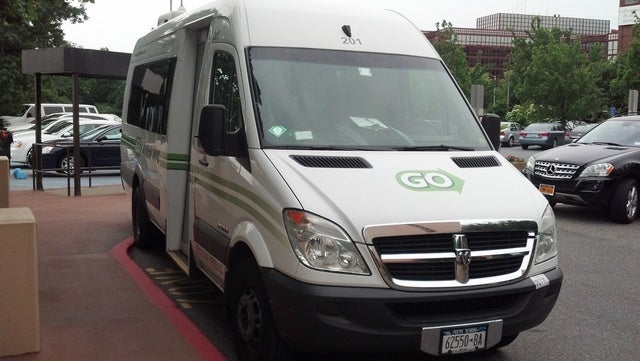 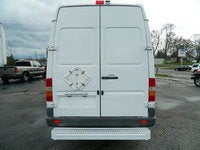 Looking for a Used Sprinter Passenger in your area?

CarGurus has 10 nationwide Sprinter Passenger listings and the tools to find you a great deal.

Seating for twelve, a cavernous cabin, musical interludes, and a European atmosphere - sounds like a banquet setting. Actually, we’re talking about the 2009 Dodge Sprinter. Described as the “ultimate family van,” the Sprinter will carry the family, plus much of the neighborhood, to the ballgame or the theatre – or just to the grocery store - economically, stylishly, and safely.

Essentially a carryover from '08, the Dodge Sprinter passenger van for 2009 is delivered in two trims, the 2500 144WB and the 2500 170WB. As the designations imply, the 2500 144WB has a 144-inch wheelbase while the 2500 170WB stands on a 170-inch wheelbase. Both trims have four rows of seating in a 2–3–3–4 configuration, and both come with the same standard features including a 3.0-liter, 24-valve DOHC V6 turbodiesel with a five-speed overdrive transmission that averages 19.2 mpg, according to Dodge. As far as comfort and convenience go, both the Sprinter 2500 trims include 16-inch steel wheels, tachometer, speed-proportional power steering, climate control, tilt-wheel, in-dash AM/FM with CD/MP3 player and 13 (count ‘em) speakers, power door locks and windows, an outside temperature display, cloth front bucket seats, and the widest-opening side and rear doors of anything on the market.

What's your take on the 2009 Dodge Sprinter Passenger?

Have you driven a 2009 Dodge Sprinter Passenger?
Rank This Car

Looking for a Used Sprinter Passenger in your area?

CarGurus has 10 nationwide Sprinter Passenger listings and the tools to find you a great deal.