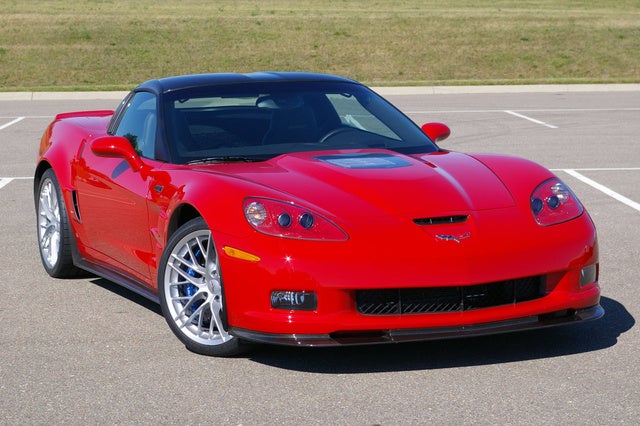 Great engines and a great base suspension mean the 2009 Chevrolet Corvette can provide you with an incredibly high-performance vehicle for not a lot of money, but tack on some options and you can start shaming supercars at a fraction of their cost.

As with most sports cars, the '09 Corvette provides terrible rear visibility, is a pain to get in and out of, and two of the three available suspension options for the base trim leave a lot to be desired. 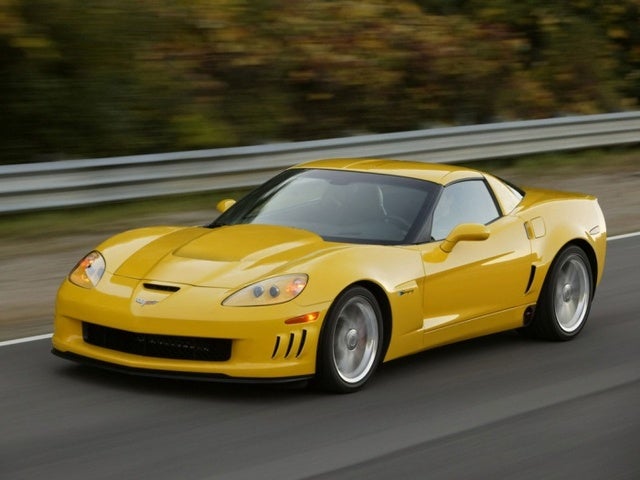 If you’re looking for an entry-level 2009 Chevy Corvette, stick with the entry-level options, at least with regard to the suspension. Otherwise, get the Z06 and really tear things up. And get the manual - an automatic in a Corvette is a sin.

It’s more than 50 years old and just keeps aging like a fine wine. America’s premier sports car is still available with only two seats, eight cylinders, and endless fun, as it has been since 1955. With an options list that can stretch the price from a base of $48,000 all the way up to almost $75,000, you can make the Corvette just as mean as you want it to be. With two engines available, a 6.2- and a 7.0-liter V8, neither is underpowered by any means, and both are capable of delivering 0-60 times of 4 seconds or less. 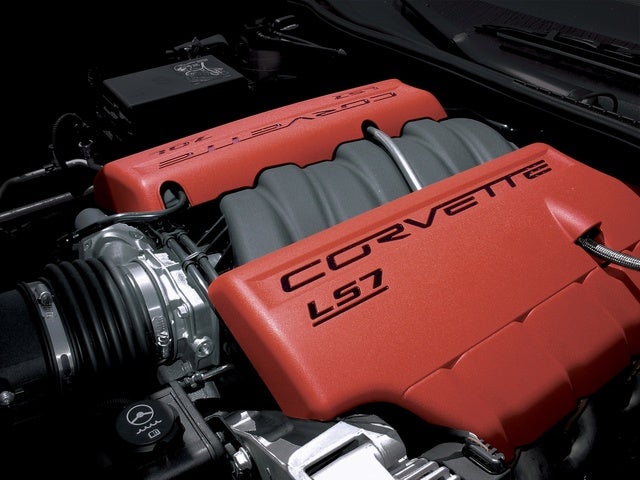 Base Corvettes start out with a formidable 6.2-liter, 430-hp V8 that produces a thunderous 424 lb-ft of torque. An optional “dual-mode” exhaust system will increase those numbers to 436 and 428 respectively, but the real upgrade is in sound, which has been noted as much more aggressive than the stock setup. While similar but not identical to the Z06 and Z21 exhausts, the dual-mode exhaust utilizes vacuum-actuated outlet valves that open above 4,500 rpms to keep the exhaust quiet when driving conservatively and raucous when leaning disproportionately on the right foot. You can spot the difference between this and the Z06 exhaust by the pipe diameter, 2.5 inches versus 3 inches for the Z06.

The Z06 also gets a larger V8 - 7.0 liters - that produces 505 hp and 470 lb-ft of torque. The Z06 officially qualifies as “bad idea” fast. While the base trim is available in coupe or convertible configuration and with a six-speed manual or automatic, the Z06 comes only in coupe/manual form.

Obviously both engines provide more than adequate power and power delivery, clear through the rpm range. The 6.2 never leaves you wanting more, but the 7.0 gently reminds you that if a lot is already good, more must be better.

The automatic transmission provides smooth shifts, but is slightly reluctant to downshift on occasion. However, paddle shifters on the steering wheel should be employed for any sort of spirited driving, which more than take care of the issue. Manuals shift strongly, with a heavy-solid feel that borders on notchy.

Base trims with the manual manage 16/26 mpg, and automatics sacrifice 1 mpg in both categories for 15/25 - not terrible given that such incredible power is on tap. The Z06 is similarly surprising at 15/24, although Chevrolet recommends premium fuel for the 6.2 and requires it for the Z06, which also incurs a $1,700 Gas Guzzler tax. 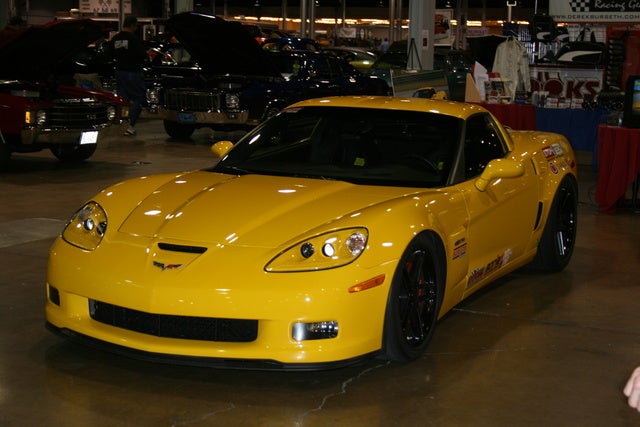 The suspension of the base model has received praise for being well balanced, while the optional Magnetic Ride Control has been less successful. Some testers have failed to notice any difference between “Touring” and “Sport” modes, while others have simply noticed the increased harshness of the ride with this option. The performance-oriented Z51 suspension has been called track-ready and track-only, making driving on anything other than perfect roads a jarring experience. Convertibles, however, fail to produce many of the negatives that often plague rag-tops, with little shake and rattle.

With that in mind the Corvette, in any configuration, is among the best-handling cars in the world. Traction control will keep the rear end in check, but that button just sits there, waiting for you to turn off the babysitter and let you waste some rubber. Body lean and roll is kept well in check, and steering gives you the impression that the car is glued to the road, making almost any turn seem possible, especially at legal speeds. The brakes are perhaps most impressive, stopping the car with enough force and rapidity to seemingly test the limits of the seatbelts with even the base model. Z06s get upgraded brakes, and it’s hard to imagine that the Z21 upgrades the brakes further. 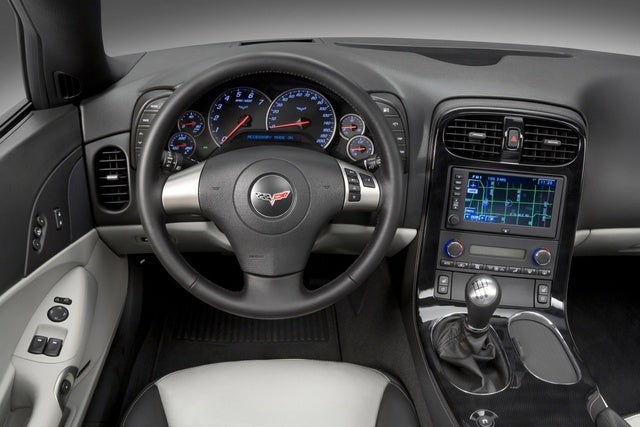 The available heads-up display is a feature that seems to have had continual trouble catching on among consumers, but it’s a useful and creative option that can be configured to display everything from speed and handling information to what song is playing on the stereo. Controls are well placed and easy to read, and interior materials are a nice mix of upscale sportiness that fits the vehicle quite well.

The stereo, on the other hand, just looks cheap, even with the Bose upgrade. Sound quality isn’t all that stellar either, especially with the top down in the convertible, where all that seems to come through are muffled bass tones and reverb. A shame, really.

The major negatives of the Corvette are in entry/exit and visibility. It’s a sports car, so expect to get low when mounting and dismounting, and visibility to the rear is compromised in all trims. However, once inside there is plenty of legroom, adequate headroom, and a surprising amount of shoulder room, something rarely encountered in sports cars. The coupes also have a surprising amount of trunk space, with enough for two large suitcases.

The Base trim comes with air-conditioning with dual-zone automatic climate controls, an interior air filter, OnStar with one year of service, a tilt, leather-wrapped steering wheel with radio and cruise control, leather upholstery on bucket seats, a 6-way power driver seat, center console, heated power mirrors with driver-side automatic day and night adjustments, power windows and locks, remote keyless entry with keyless access and starting, an AM/FM/CD/MP3 player with satellite radio, tachometer, outside-temperature indicator, intermittent wipers, an automatic day and night rearview mirror with integrated compass, illuminated visor mirrors, a rear defogger, automatic headlights, and floormats. A long list of options and packages mean you can add more than $20,000 to the sticker price, so be careful what you choose. 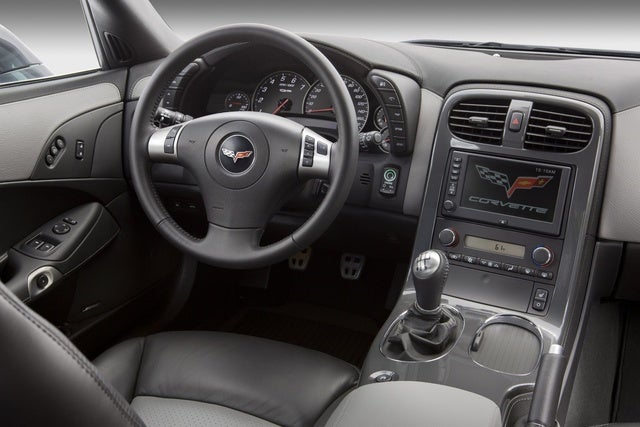 Safety ratings have not yet been released for the 2009 Chevrolet Corvette. 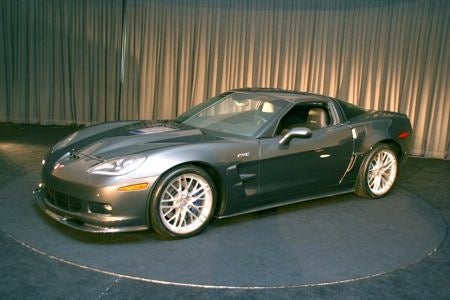 Despite being overwhelmingly pleased with the power of all the optional engines, Corvette enthusiasts are noted for always wanting more. The Z51 suspension has been criticized for being overly harsh - to the point of ruining driving enjoyment - and the optional Magnetic Ride Control seems to have little difference in its two modes. Otherwise, according to owners, the Corvette just keeps getting better.

What's your take on the 2009 Chevrolet Corvette?

GuruVQSQG Has to have stick /GPS This is a must

Users ranked 2009 Chevrolet Corvette against other cars which they drove/owned. Each ranking was based on 9 categories. Here is the summary of top rankings.

Have you driven a 2009 Chevrolet Corvette?
Rank This Car

How Long Does It Take A, "Car For Sale," Ad To Appear On CarGurus

How long does it take a, "Car for Sale," ad to appear on CarGurus after you've remitted payment?

Has This Car Been Sold?

https://www.cargurus.com/Cars/... Owner says it has been sold. But it continues to show up as a listing for sale.

were is the fuse for cigar liter

My 2009 3LT Corvette Convertible has a ton of additional options like two tone seats, dual note exhaust, magnetic dual mode shocks, navigation that totals more than what the 4LT package adds but you...