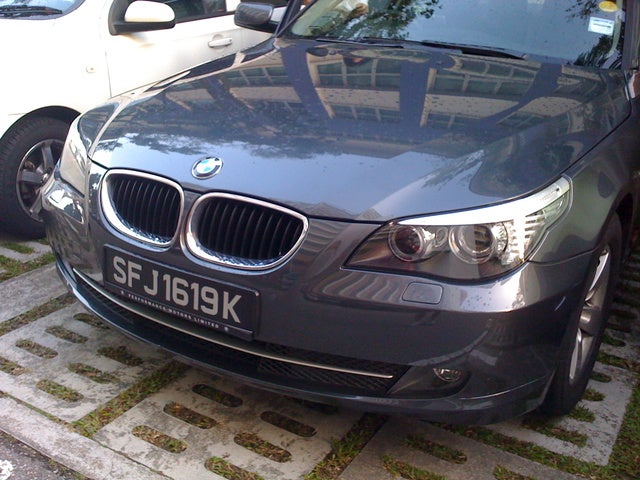 With standard-setting quality on literally every level, the 2009 BMW 5 Series seems poised to maintain its position as a class leader.

When it comes to premium midsize vehicles, the BMW 5 Series is a sterling example of refinement. Its performance doesn’t get in the way of comfort or practicality, and that’s a rare thing today. Skip the Active Steering system until it has had a chance to get the bugs worked out, and strongly consider AWD if you live in the frozen north.

The 5 Series is BMW’s midsize offering, virtually unchanged since the mid-cycle refresh done last year. In production since 1972, the 5 Series, now in its fifth generation, hit a milestone earlier this year with 5 million cars sold since the model’s inception.

Available as both a sedan and a wagon, the 5 Series comes in three trims with three distinct engines, rear- or all-wheel drive, and either a manual or automatic six-speed transmission. 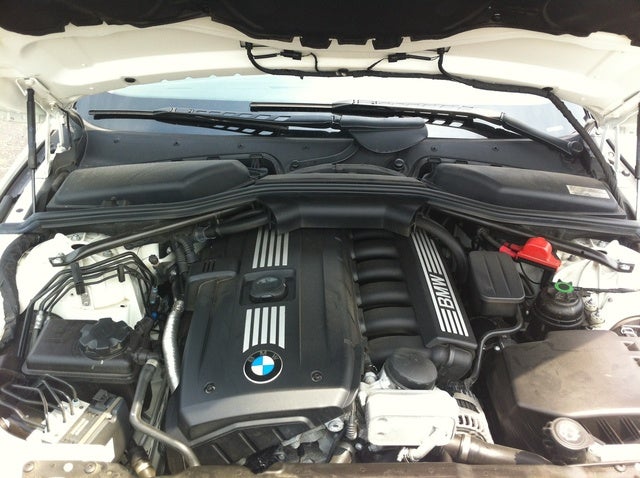 The 3.0-liter straight six is a formidable engine, turbocharged or not. NA versions have adequate power, barring perhaps in wagons fully loaded with cargo. The twin-turbo setup on the 535 adds 70 hp and provides more than enough power for any situation. The 550 will travel from 0 to 60 mph in 5.5 seconds flat, so power is hardly an issue. The manual transmission is smooth and precise, although the automatic has been criticized as slow to downshift. This has been noted as being corrected with the optional steering-wheel paddles. 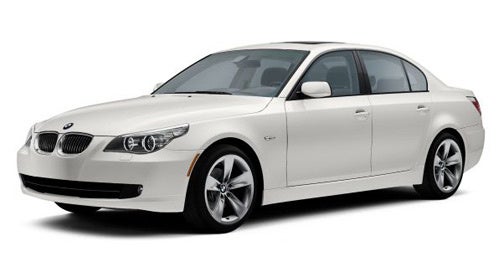 Take the legendary handling of the 3 Series, and add even more composure. The longer wheelbase of the 5 Series, by almost a full 5 inches, keeps the squirreliness of the 3 Series well in check while maintaining the firm aggression that allows you to tackle quick turns with little body lean or loss of traction. The sport suspension is even better still, with the Active Roll Stabilization combating even more body lean, and its forgiving progressive spring rate absorbs all but the most punishing potholes. Some have found issue with the Active Steering system, however, which is intended to increase low-speed maneuverability, whose operation has been found to be less than uniform. That said, the 5 Series’ handling is still the benchmark for its class. 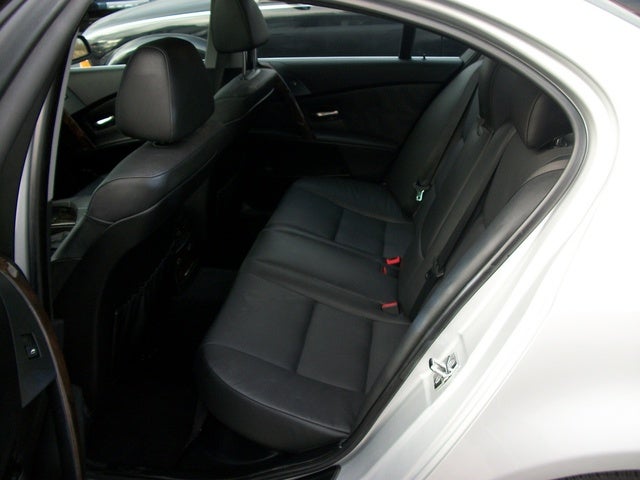 For anything other than a quick change of the radio station or slight climate adjustments, drivers should pull over, as they’ll have to utilize BMW’s infamous iDrive system, which requires a long look away from the road. I suppose accolades are deserved for any manufacturer that has stuck to their guns this long, despite a continual flood of complaints regarding the tainted system, if stubbornness is to be considered a virtue.

Above and beyond the iDrive, the rest of the controls are convenient and intuitive, and the materials of the cabin are of high quality and build. Fit and finish are top-notch, above even the class average.

Interior space is abundant, even in the rear. Only the tallest of rear seat occupants will have issues, and even those over 6 feet shouldn’t have a problem, unless sitting directly in a row. A bit of short/tall staggering should do the trick, just don’t try to cram an entire basketball team inside. The driver’s seat and steering wheel are fully adjustable, allowing for any number of positions, and the seats are both comfortable enough for long distance motoring and supportive enough for spirited jaunts through the twists. Surprisingly, storage in the trunk of the sedan is sub-par for the class, with an awkward opening and shallow recess. Wagons on the other hand enjoy almost 60 cubic feet of cargo volume, with a low, easily accessible rear entry.

The 5 Series comes standard with dual front and front side airbags, as well as side head-protecting airbags, antilock four-wheel disc brakes with brake assist and an antiskid system, as well as a tire-pressure monitoring system. 550’s additionally benefit from a front and rear obstacle detection system.

It’s only fair to bring up the complaints that have been heard regarding the Active Steering system and of course iDrive, but very honestly these are small issues plaguing an otherwise very happy customer base. The 5 Series is a class leader in performance, handling, economy, and quality. It’d sure be nice to see BMW do something right with that iDrive, though.

ALLY Where is the thermostat? How would you ever know when the engine is getting hot?

Users ranked 2009 BMW 5 Series against other cars which they drove/owned. Each ranking was based on 9 categories. Here is the summary of top rankings.

What Problems Can Exist Without Generating A Code?

Starting at 40 mph and accelerating the car begins to shake. When letting off the gas, it is smooth. It appears that at about 2000 rpm and accelerating or going up a hill the engine seems to start ...

The engine is bad in my 535xi and I found a 325 xi engine for a really good price, can I do a direct swap

Put regular gas in a premium car 2009 BMW 528i x drive Spit in & not driving regular...Now check engine light on how do I fix