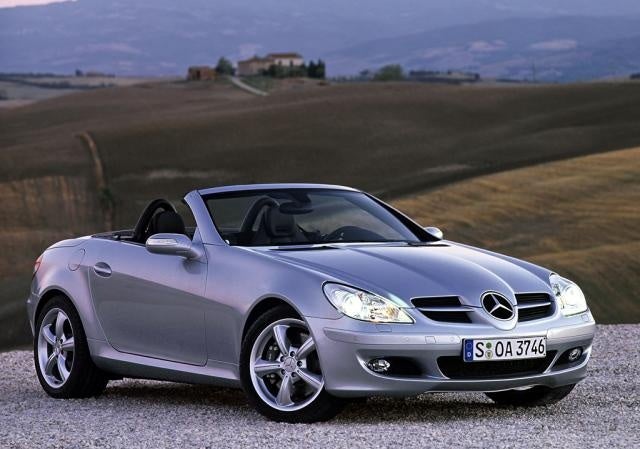 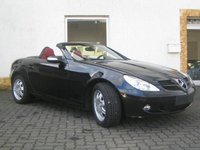 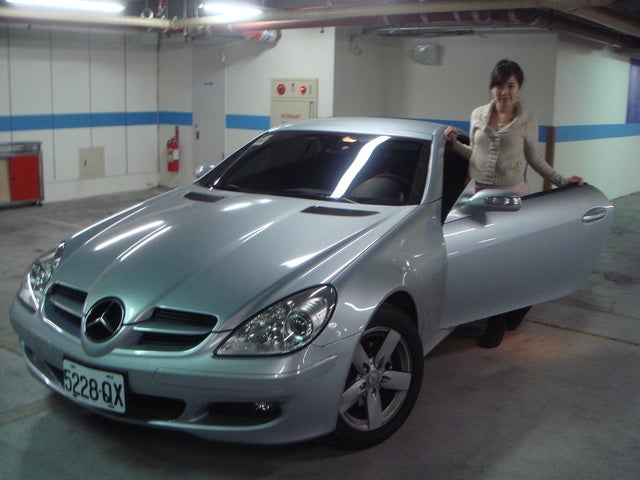 The Mercedes-Benz SLK-Class compact roadster, introduced in 1997, seats two passengers and includes a power-retractable hardtop for open-air driving. For 2008, the SLK-Class receives an exterior facelift, with an updated grille, new front and rear bumpers, sportier headlights, and revised taillights with a dark, smoky appearance. Mercedes also offers new light-alloy wheels for 2008. In addition, the exterior mirrors now include LED indicators with a pronounced arrow shape. The interior of the SLK-Class also gets a number of upgrades as well, including an updated instrument cluster and a new three-spoke multifunction sports steering wheel.

Although not as powerful nor as well-equipped as the venerable Mercedes-Benz SL-Class roadsters, the SLK-Class still delivers good performance, precise handling, a comfortable cabin, and Mercedes-Benz's fit and finish. The SLK-Class sports a sleek, aggressive exterior design, with an arrow-shaped front end and a diffuser-style rear end with trapezoidal exhaust tailpipes for a bold appearance.

For 2008, the Mercedes-Benz SLK-Class consists of three trims, including the SLK280, the SLK350, and the performance-tuned SLK55 AMG. A 3.0-liter V6 engine, producing 228 hp and 221 lb-ft of torque, powers the SLK280. The engine links to either a six-speed manual transmission or a seven-speed 7G-Tronic automatic with a manual shift feature. The SLK350 comes equipped with a 3.5-liter V6, which generates 268 hp and 258 lb-ft of torque, and links to the automatic transmission only. At the top of the lineup, the SLK55 AMG features an AMG-built 5.4-liter V8 producing 355 hp and 376 lb-ft of torque. Mated to a seven-speed automatic transmission, the big V8 propels the SLK55 AMG from 0 to 60 in 5.1 seconds.

Vehicle speed-sensitive steering and a multilink suspension come standard, while an electronic stability control system and antilock brakes with brake assist are among the SLK-Class's many safety features.

What's your take on the 2008 Mercedes-Benz SLK-Class?

Have you driven a 2008 Mercedes-Benz SLK-Class?
Rank This Car

43 views with 1 answer (last answer about a year ago)

how do I post a car for sale in car gurus

52 views with 2 answers (last answer about a year ago)

car cuts out after driving through deep water in fl could not stop in middle of flood made it home just before pulling in garage temp light went on turned car off took a minute to turn off car made...