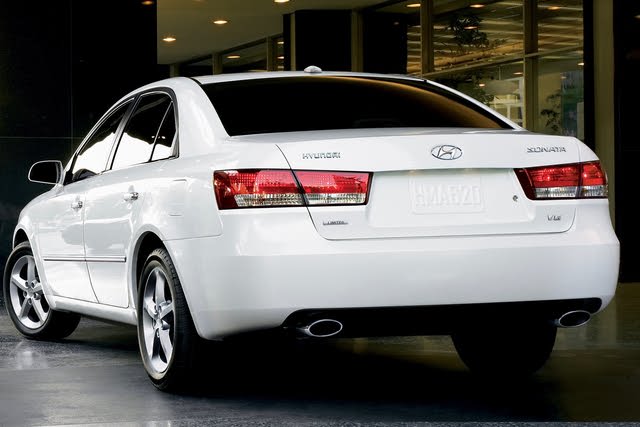 Users ranked 2008 Hyundai Sonata against other cars which they drove/owned. Each ranking was based on 9 categories. Here is the summary of top rankings.

Have you driven a 2008 Hyundai Sonata?
Rank This Car

I love this car. The features are top notch! It has all the options of a smart car, feels luxurious and I am happy with my purchase. My favorite features are: Ambient lighting Apple Car play Remote... Read More

Ive only had for a short while but I love this car!! Nice, sleek and so far been fun to drive. Read More

Plenty of features that come standard and I have the Nline with plenty of power. Read More

Its cool I like it love the LED Headlights Read More

This is my second Sonata. The first one was a 2008 at about the same trim level. I had upgraded the radio to an android tablet-based version with many of the features found in the newer model cars. ... Read More

I really loved my Sonata overall until at 89,000 miles the transmission had to be replaced. The service department in my area is so bad I decided to never buy another Hyundai product. Read More

This is our 3rd Hyundai Sonata since 2004,, for a midsize 4 door sedan they are a good bargain Read More

Absolutely love everything about my 2018 Hyundai Sonata Sport. I searched and searched and couldnt find anything until I came across CarGurus! So thank you guys, your website was more than helpful!! Read More

Have you driven a 2008 Hyundai Sonata?
Rank Your Car →