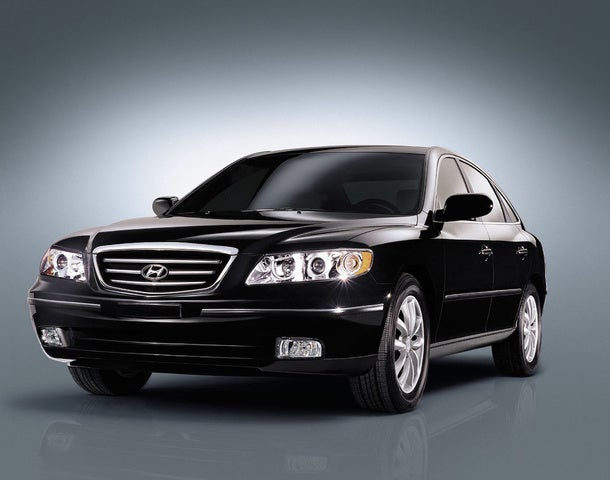 Have you driven a 2008 Hyundai Azera?
Rank This Car

Certainly think this car was worth what I paid even at 60,000 miles. Runs pretty good , features are not too far from the 2020 model cars. I purchased my 2015 Hyundai Azera for every drive. Suits the... Read More

This is my third Azera. I had a 2008 and still own a 2017 Base Model. It is no doubt the best car most people never heard of. It is a very good value, very well equipped with very good and relevant... Read More

One of the best cars Ive ever owned . Always ran like a Swiss watch ! Traded it for a Caddy but I miss owning it . Azera is a very nice car ! Read More

The car wasnt what I expected when I went to look at it. Chrome falling off of front passenger door. Rust on the trunk and on both the exhaust pipes. I didnt like the seats in the car. I like the st... Read More

My azera is loaded 2013 limited w/ ultimate package has every option I love it. I do wish the stereo had apple carplay and android auto though Read More

My Second And I Love It More Than The First. By brf8844

I had been considering trading in my 2008 for a while but wasn't happy with the look of the 09-11 models. As soon as I laid eyes on this I was awestruck. Black on black withe the Technology package. ... Read More