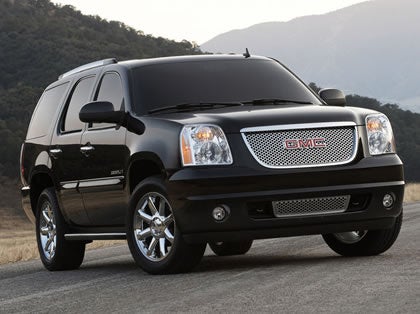 Average user score
4.4 ⁄ 5 stars
Based on 11 reviews
Impressive, Feel, Look And Performance. by elvinadiaz — I personally prefer the shorter version, but the XL did not make any noticeable difference in handling. The back-up cameras and automatic tilting side view mirrors when the vehicle is in reverse, enh... Read more
You Can Do Most Anything With It by Kody — its my mothers car. it is the most amazing car to drive. it has amazing performance and handles great for a huge suv. It eats up alot of gas but it is so much fun to drive because it makes you fee... Read more
Big Room And Comfort, Sporty Handling Vehicle Doesn't Fell Big At All. by echance17 — You can't beat the performance, handling, and economy of the variable displacement engine (swaps between 4 and 8 cyclinders depending on demand) of a Yukon XL/Chevy Suburban. This is the third one I'... Read more 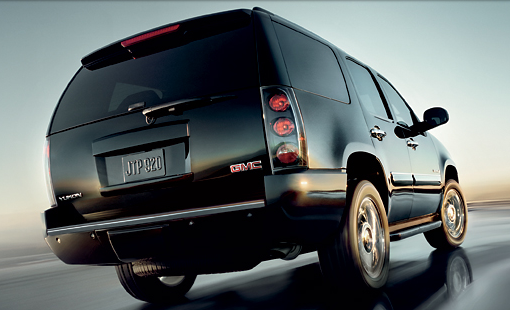 If it works for t-shirts, it works for SUVs. The 2008 GMC Yukon XL is an Xtra Large SUV that seats 8-9 passengers in three rows. It comes in both half-ton 1500 and three-quarter ton 2500 versions in five separate trims -- SLE, SLE-1, SLE-2, SLT-1, and SLT-2. Got that straight? All trims are offered in either rear-wheel or automatic all-wheel drive with low-range gearing for off-road performance.

After a total overhaul in 2007, the 2008 Yukon XL gets some powertrain changes. Standard engine is a 5.3-liter, 320-hp V8 (310-hp in AWD versions), but the XL 2500 models get a new 6.0-liter, 366-hp V8. Both engines feature cylinder deactivation, cutting of four of the eight cylinders to improve on fuel economy, which averages a less than stellar 14/20 mpg. A 4-speed automatic with overdrive is standard, but a new 6-speed automatic is paired with the 6.0 V8. Electronic stability control is newly standard on 2500 models for 2008, and the driver information center received some revisions.

The powerful SUV comes standard with traction and stability control, ABS brakes, 17-inch wheels, and dual front and side curtain airbags for all three rows. The optional backup sensors and rearview camera help clear up visibility problems that come naturally with full-size SUVs. The third row is removable and the second row folds nearly flat, to expand the 45.8 cubic foot cargo area to 137 cubic feet. Power features, cruise control, a CD player, and three-zone climate control start you out in the SLE trims, while leather upholstery and heated seats get added further up the line.

Last year's apperance updates (chrome trim, flush interior controls and exterior lights) have improved the overall style, creating a sleeker profile. Consumers notice the improved stability and quieter ride, but mostly love the interior space and V8 power. Cramped legroom in the rear seats and a non-folding third row are major complaints, along with the difficult maneuverability. They don't call it XL for nothing.

Users ranked 2008 GMC Yukon XL against other cars which they drove/owned. Each ranking was based on 9 categories. Here is the summary of top rankings.

Have you driven a 2008 GMC Yukon XL?
Rank This Car

For some reason the car sometimes goes dead after you turn it off as if the battery were dead. I can always tell when it is going to happen because the radio will turn off as soon as you turn the engi...

Is The Buyer Trying To Scam Me? URGENT!!

I have a buyer( John) for my vehicle that I have listed on CarGurus. We have met and taken a test drive and have agreed on a price of $11300. The buyer indicated that he had to get a loan from Lang...

Is My Head Gasket Blown

Replaced Radiator and filled with new antifreeze. A week and a half of driving all is fine. Today I notice heat running cold look at gauge and it's climbing shut off engine check coolant level is f...