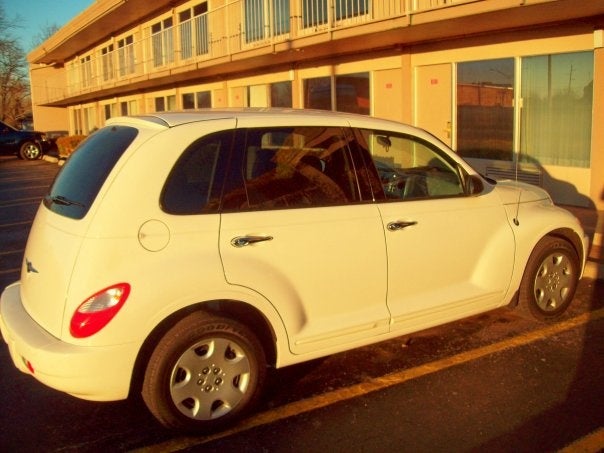 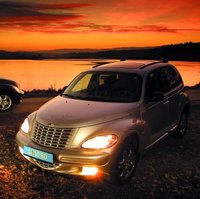 Average user score
4.1 ⁄ 5 stars
Based on 15 reviews
Great Car by paulo — Of course, style is the highest point of the PT. Almost as wonderful as that is the roomy interior with many possible configurations to fit your need: cargo or passengers. The engine seems to suffer t... Read more
"a Sporty Economical Ride For Little Money" by Octoberschild — I get many many compliments on my car by people I don't even know. It looks good with the top up or down. Has good power to it, operates well in the snow, it's comfortable whether just driving around ... Read more
Great Car For The Price. by getitondawn — I was happy with my purchase on this car when my family was smaller. This is a great car for the price with lots of features. IPOD, Stereo with CD player & Tire detection. The Air conditioning &... Read more

Only minor changes appear in the 2008 model year of this "retrowagon." Back in 2001, Chrysler caused a sensation with the introduction of this SUV-like sedan/wagon. Styled after the late-30s-early 40s American cars, but using contemporary automotive technology, Chrysler had a hit.

The sedan version has four trim lines, while the convertible model has two. They all use a basic 2.4-liter I4 engine, which in base tune produces 150-hp. A five-speed manual comes standard with a 4-speed automatic optional. The optional 180-hp turbo version comes with only the automatic. The GT standard 230-hp turbocharged version mates with a heavy-duty Getrag five-speed manual and an optional four-speed automatic.

Reviewers, comparing the Cruiser to a base line SUV, were pleasantly surprised with its handling. The Limited and convertible models, with their tauter suspension, felt more controlled on uneven road surfaces. The firmer GT suspension offered more road feel without being too stiff. The manual transmission produced some torque steer and the wide turning circle makes low-speed maneuvering more frustrating.

Besides its retro "hot-rod" looks, the PT Cruiser's strongest selling point is interior roominess. The key here is the Cruiser's height. The sedan's 120.5 cubic feet of interior volume compares to the Lincoln Town Car. The Cruiser sedan cabin configures in 26 different ways by means of seat management. The 65/35 split rear bench folds flat, as does the front passenger seat. The rear seats have quick-release anchors for easy removal. With the rear seats removed, a mountain bike fits in the back - without removing its front wheel. Fold the front passenger seat down and an 8-foot ladder will fit.

Overall, the PT Cruiser makes for an enjoyable driving wagon that has a unique retro style. The convertible version doesn't have near as much space, but does have the lowest price tag for a top dropped, wind in your hair ride.

What's your take on the 2008 Chrysler PT Cruiser?

Have you driven a 2008 Chrysler PT Cruiser?
Rank This Car

I just shut off my car but it still sounds like it is running. Should I be worried and what should I do??

I am sick and tired of having battery issues with this damned car! Ever since I bought it, it’s been giving me battery problems. I have to buy a new battery every 1 to 2 years! I paid $300 for a...

3 views with no answers yet
65

I There A Fuse For The Lift Gate Of A 2008 Chrysler PT Cruiser (touring)?

I have a touring model 2008 PT Cruiser. The rear hatch (or lift gate) stopped working a couple of months ago and stays "locked". I've been told it might be fuse but have been unable to locate it. A...

All I Have A 2008 PT Cruiser That Is Over Heating.

All My. PT is over heating Changed Thermostat Not losing Coolant Does not run rough. Runs great No vibration When I drive it then park it I can here fluid bubbling under the hood but not running out?

Which is better for my car?