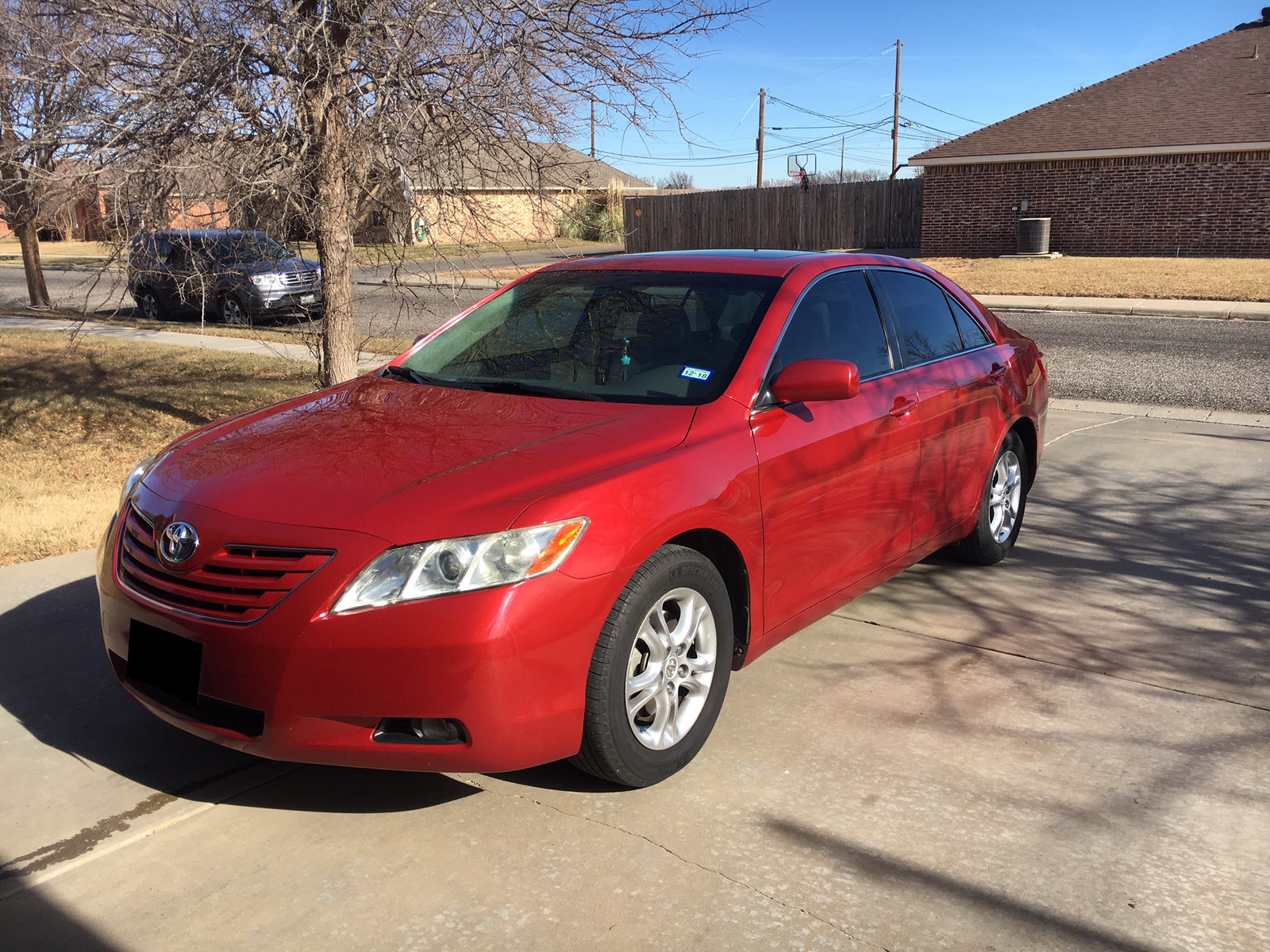 While you could never describe it as an exciting car to drive, the 2007 Toyota Camry does excel in other areas. In particular, it is roomy for passengers, equipped with plenty of technology, and is available with a hybrid system to help give the best gas mileage possible. 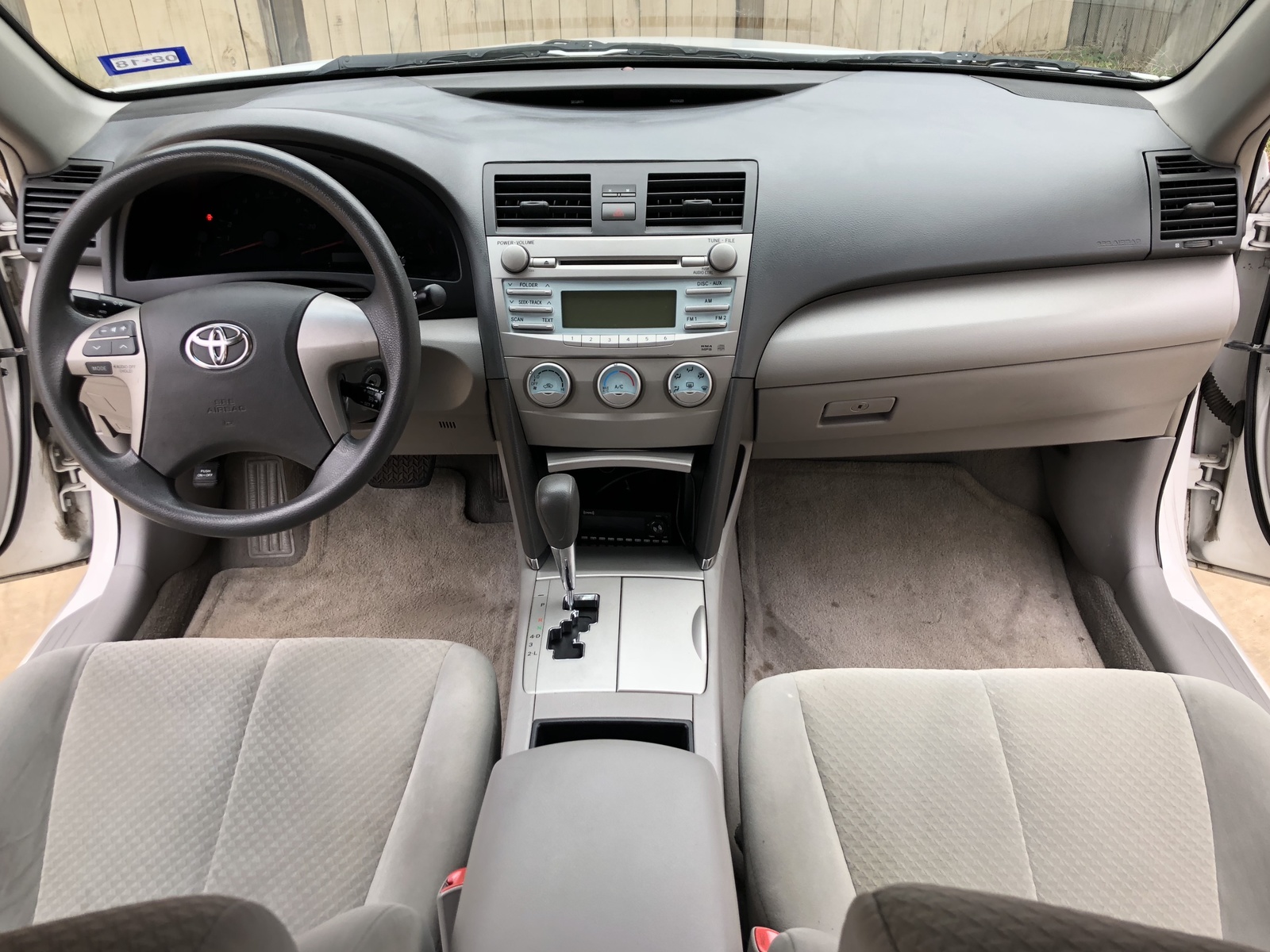 The Toyota Camry is one of the Japanese carmaker's biggest-selling models. As such, when an all-new model arrives it’s major news. That’s precisely what has happened, as the new 2007 model arrives in showrooms.

In terms of design, the 2007 Toyota Camry looks more sophisticated than its predecessors, and it also introduced a more aerodynamic aesthetic that suggested Toyota finally recognized that its big sedan should look as good as it performs. OK, it’s still no Ferrari (or even Alfa Romeo come to that), but for a big car, the 2007 Camry is sleek enough to not stand out from the crowd.

The interior was also overhauled, although some questioned if Toyota had abandoned the high quality—and highly durable—finish you’d expect of one of its flagship cars. 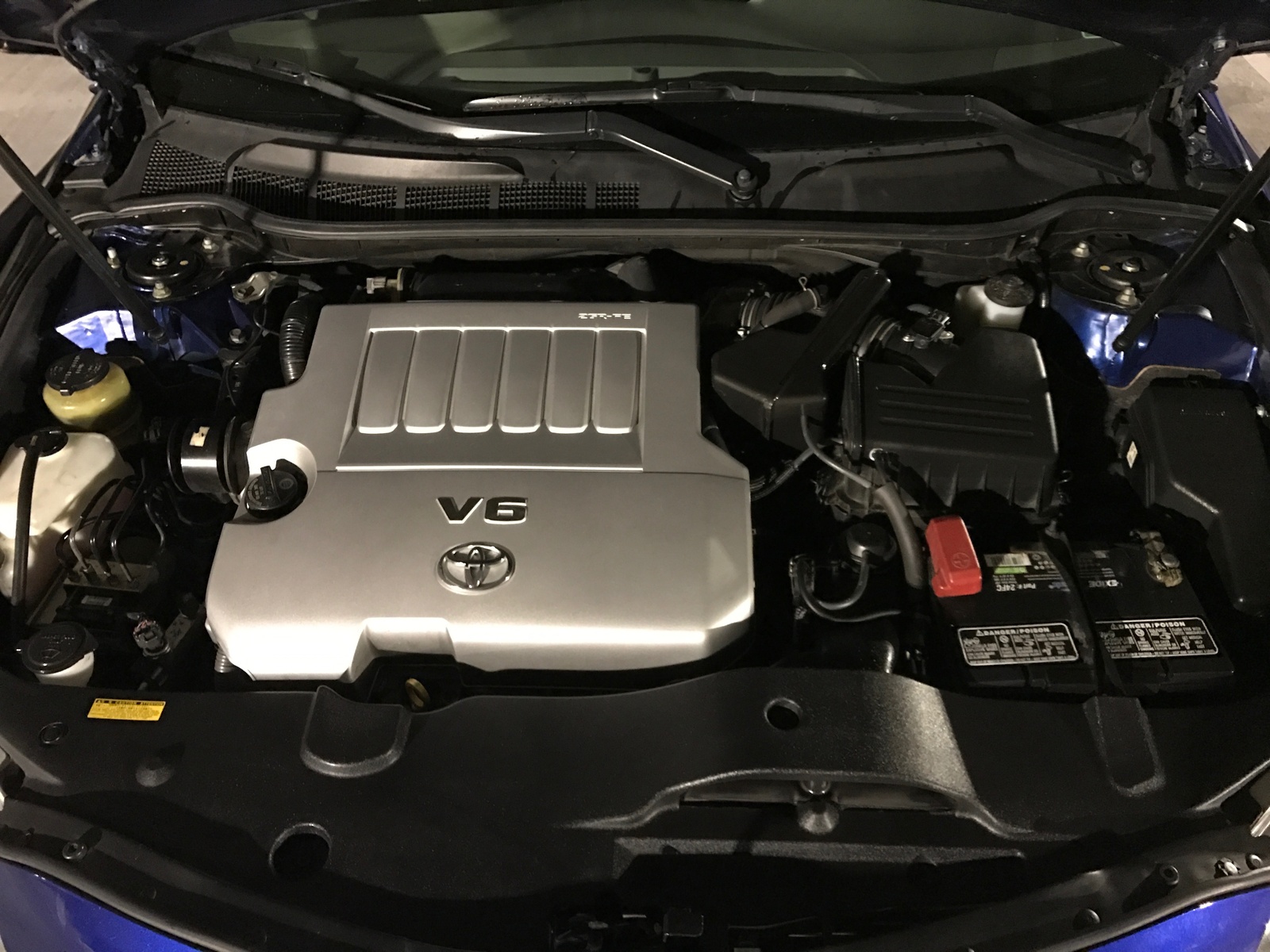 A sports car, the Camry is not. But hey, what did you expect? Instead, the 2007 Toyota Camry was designed to offer relaxing, smooth performance while also being able to hold it together if you found a suitably interesting road. All models are front-wheel drive.

Key to this are the engines. Both 4-cylinder and 6-cylinder units are available, and they offer reasonable performance and quiet manners if all you’re interested in is cruising. If you want a manual gearbox, you’ll have to stick to a 4-cylinder engine; the base-model, known as the CE, can be found with a 2.4-liter inline-4 that produces 158 horsepower and 161 pound-feet of torque.

All trims above the CE can be had with the 4-cylinder or a more powerful V6. This 3.5-liter DOHC power plant provides 268 hp and 248 lb-ft of torque. This engine utilizes Toyota's Dual Variable Valve Timing + intelligence system to harness maximum engine potential, increase fuel economy, and lower emissions. It came with a 6-speed automatic transmission, whereas the only automatic available on the 4-cylinder engine is a five-speed unit.

2007 is the first year Toyota offers the Camry as a hybrid. This combines the 2.4-liter, 4-cylinder engine with an electric motor and an electronically controlled continuously variable transmission (CVT). The system is branded as Toyota Hybrid Synergy Drive. 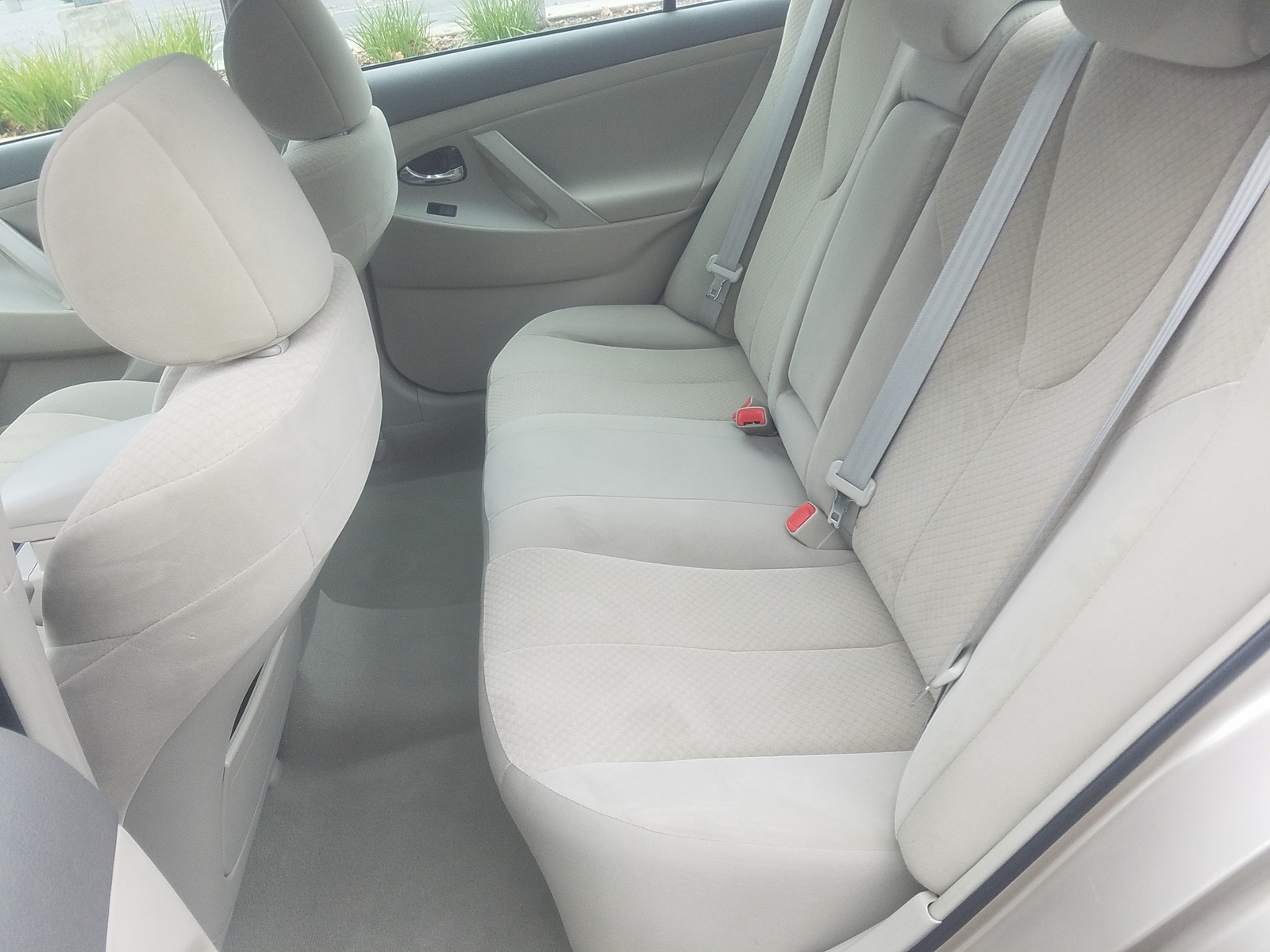 The body style is limited to 4-door sedan only, although that doesn't harm practicality too much. This is the largest Camry there’s ever been. Expect generous room in the rear seats (XLE models even come with reclining rear seats), although the trunk isn’t a match for what you’ll find in many SUVs. Note, the trunk of the Camry Hybrid is smaller still due to the space taken up by the hybrid system’s battery. Up front, there’s plenty of storage spaces and no risk of grazing elbows with your passenger.

The 2007 Camry is available in four trim levels and the hybrid version. The base model, the CE, comes well equipped with power windows and cruise control. The LE is the second tier, adding features like an eight-way power driver’s seat and keyless entry. The SE is the sport version, adding a firmer suspension, a three-spoke leather-wrapped steering wheel, blue Optitron meters, side rocker panel moldings, fog lamps, and aluminum alloy wheels. The XLE comes standard with dual-zone climate control, Bluetooth technology, a power moonroof, and those reclining back seats. 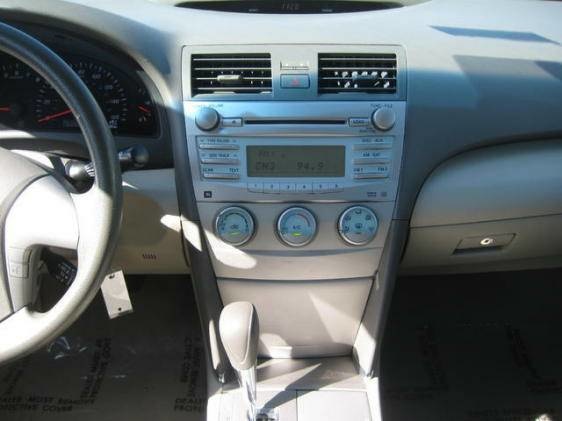 Just as Mercedes-Benz uses the S-Class to show off its latest technology, so Toyota often debuts its most cutting-edge features on the Camry. Such features include a power moonroof, Bluetooth phone connectivity, and dual-zone climate control.

If you want more luxury and technology from your sedan, it might also be worth looking at the 2007 Lexus ES 350, which shares its underpinnings and engine with the 2007 Camry. 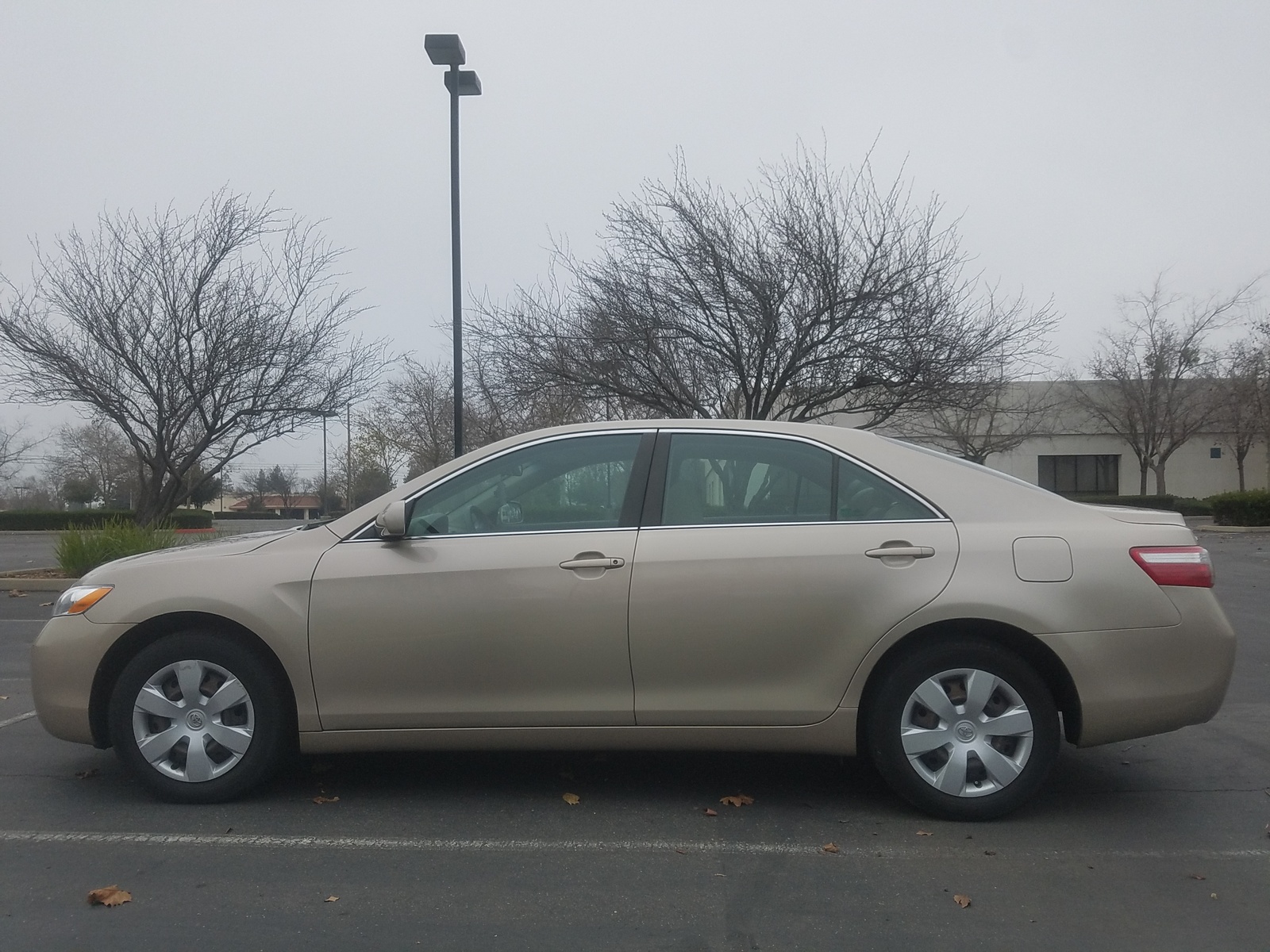 The Toyota Camry will certainly be remembered as a safe car at the time of its launch. Crucially, it comes with seven airbags and electronic stability control. And there’s anti-lock brakes and electronic brake-force distribution to help prevent that accident from happening in the first place.

The Insurance Institute for Highway Safety (IIHS) rated the 2007 Camry as Good in front overlap, side, and roof-strength tests. The Camry received a Moderate rating for head restraints and seats. The National Highly Traffic Safety Administration (NHTSA) rated the 2007 Toyota Camry with five stars for frontal and side crash protection, and with four stars for rollover protection.

It might be worth noting that Vehicle Stability Control (VSC) isn't fitted as standard to every 2007 Toyota Camry, but is offered as an optional extra. 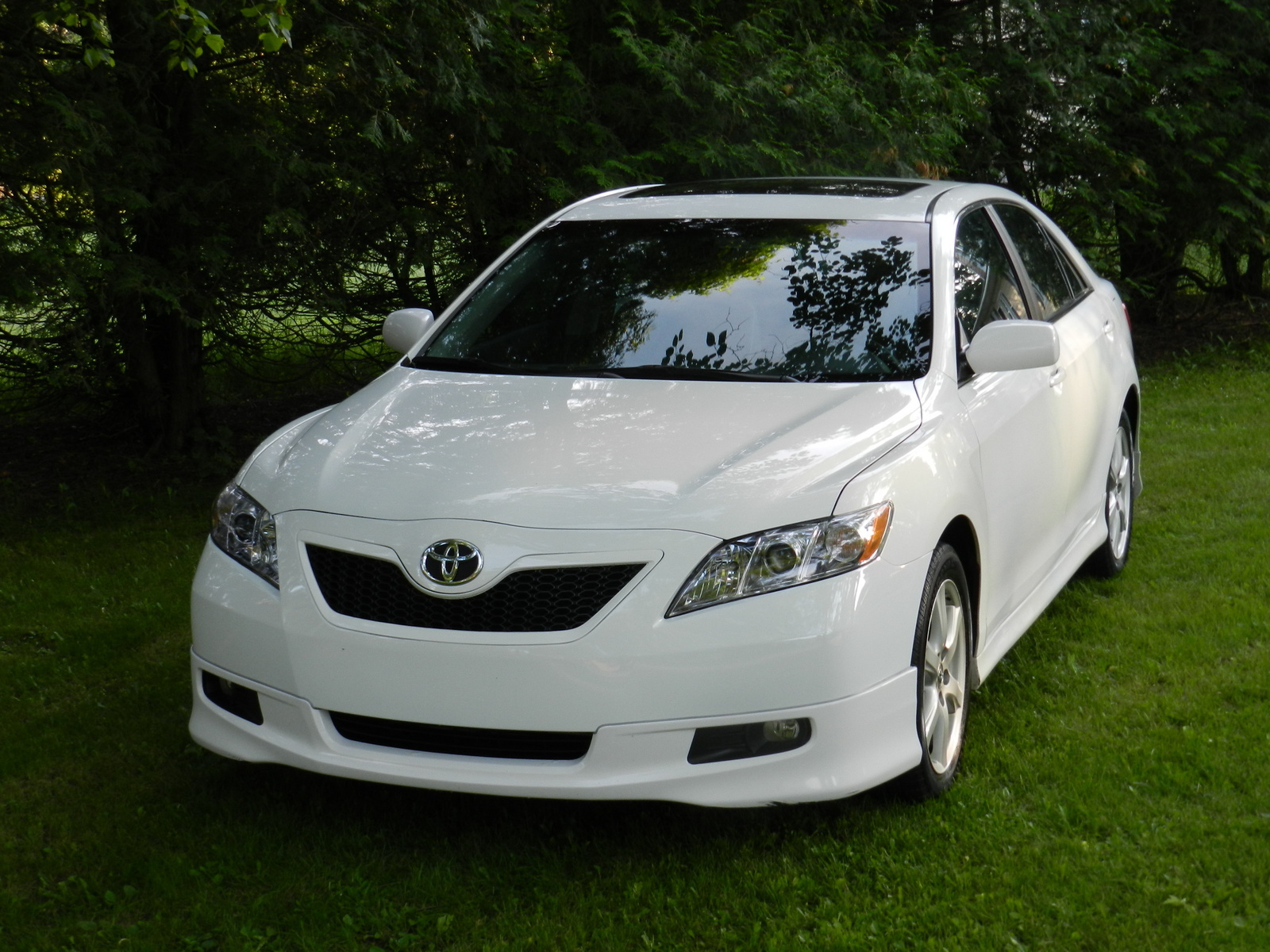 The 4-cylinder Camrys with a manual transmission return a respectable 21 mpg city, 31 highway, 25 combined in EPA tests. Swap the manual for the automatic, and those numbers become 21/30/24, and the auto-only V6 delivers 19/28/23. However, if you really want to keep your running costs down, it’s worth considering the Camry Hybrid instead. The EPA fuel ratings for this model are 33/34/34, and the hybrid system can drive the car under electric power only for short distances at speeds up to 30mph.

Vincent Sweet car to drive. So i bought it.

Users ranked 2007 Toyota Camry against other cars which they drove/owned. Each ranking was based on 9 categories. Here is the summary of top rankings.

Have you driven a 2007 Toyota Camry?
Rank This Car

My camry has developed a issue starting in the past month. When the car is driven around and re-started 2-3 times, each time it gets slightly harder to start. After about 3 times it no longer fires ...

While driving my car, the rpm can drop or rise sharply and fast between 500-1000 rpm so it could be on 2000rpm and directly drop to 1000rpm even when i'm at a constant speed and on a straight road wi...

970 views with 9 answers (last answer about a month ago)

HELLO MY 2007 TOYOTA CAMRY IS BLOWING AIR BUT NOT COLD WHEN THE AIR IS ON ...

MY AIR CONDITION NO WORKIN

Ac On Left Side Is Blowing Warm