The 2007 Mitsubishi Outlander carries a decent price tag but not much else. 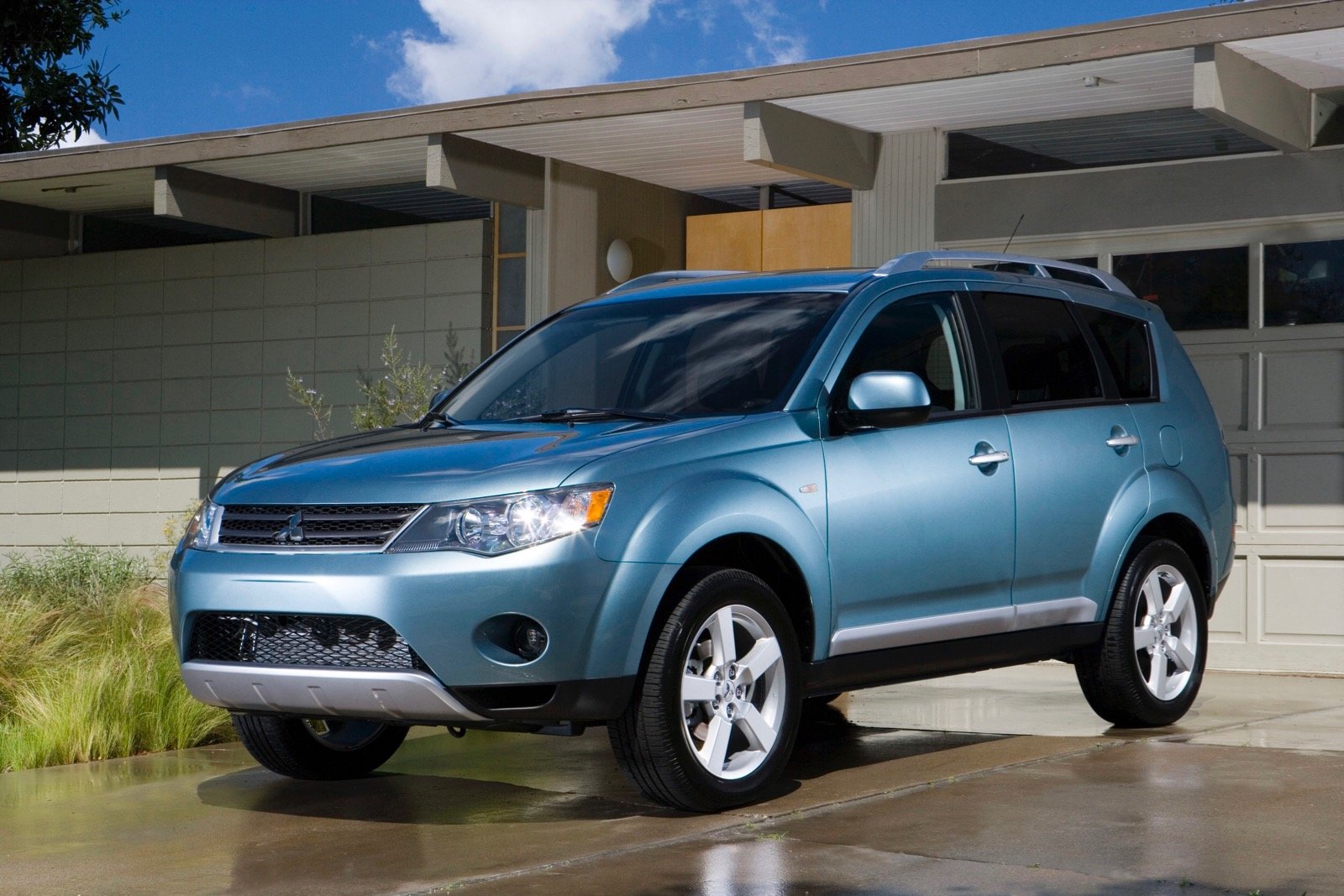 The Outlander is Mitsubishi’s compact SUV. For the 2007 model year, the vehicle has been improved with a more powerful engine, a new six-speed automatic transmission, and an updated all-wheel drive (AWD) system that carries a rear-wheel drive focus, giving the new Outlander a sporty feel on the road.

The Outlander is powered by a single drivetrain for the 2007 model year. It’s a 3.0-liter 220-horsepower V6 paired with a six-speed automatic with paddle shifters. The vehicle is front-wheel drive (FWD) by default but can be upgraded with AWD. That upgrade to AWD also brings a 1,500-pound improvement in towing capacity, up to 3,500 pounds. 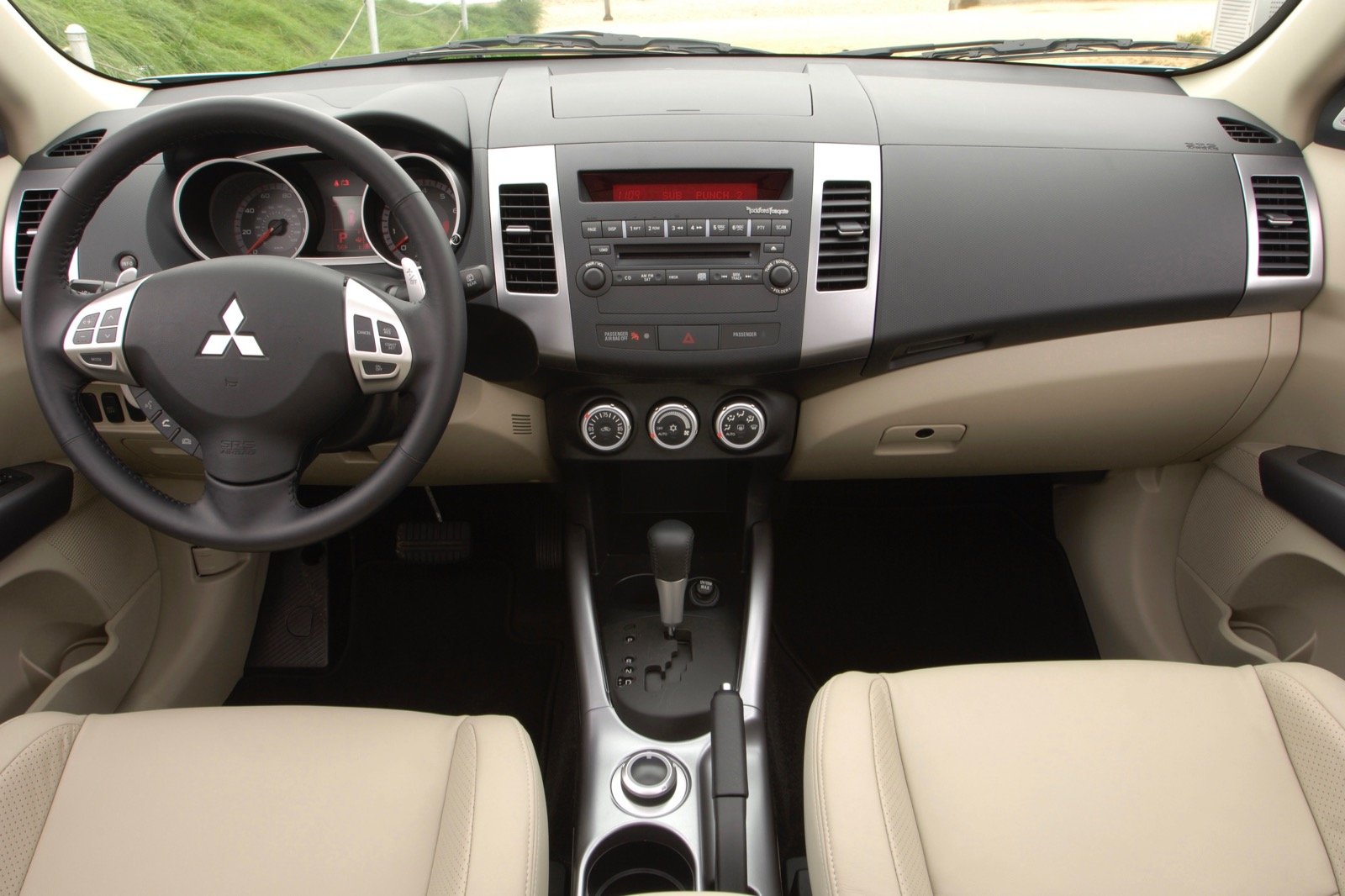 The Outlander is styled plainly, but that’s part of the appeal here. The sport utility is affordable and straightforward, which is an alternative to the increasingly-complex vehicles that Mitsubishi’s competitors are cranking out. Interior styling follows the same playbook, with all controls, buttons, and displays oriented to be driver-focused.

The front seats are a big improvement over previous model years. They feature deep, well-cushioned bottoms and gentle side bolsters that hold bodies in seats without being too restrictive. The second-row seat is a plain bench and the third-row seat should be reserved for children. Legroom is at least decent in most places. A folding second-row seat makes access to the last row much easier, and all seats fold down for maximum utility. 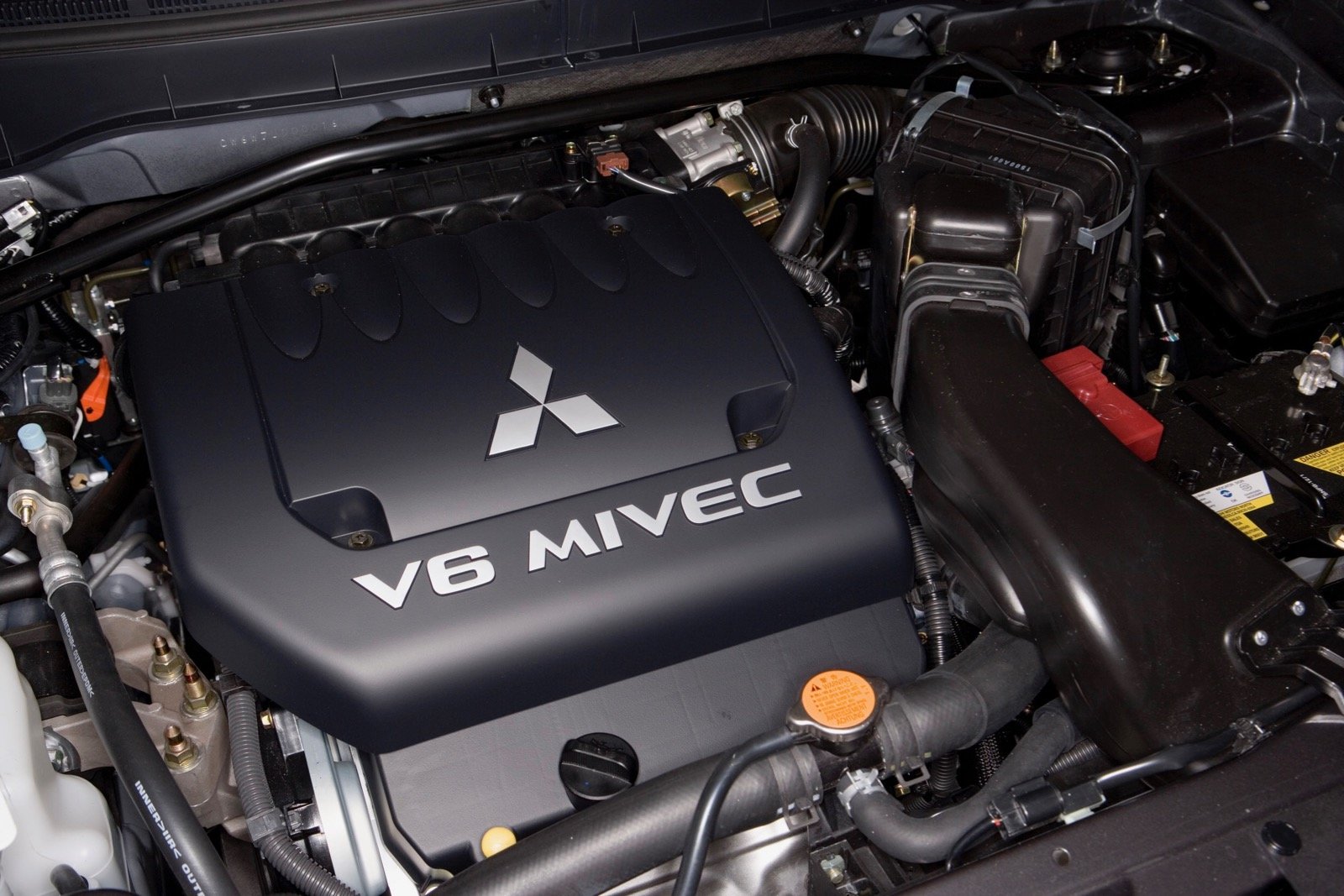 The new V6 engine and powertrain tuning seem to be oriented more toward maximum gas mileage than performance, which is a plus for family vehicles that might be taken on road trips. It's hard to imagine that a four-cylinder engine would do any better. The powertrain upgrades that Mitsubishi put in place for 2007 are a big leap forward for the Outlander, and have made it much more usable on a daily basis. The FWD orientation is a good one for stability, and it's arguably more important than the AWD auto-transmission setup.

Steering and handling have both benefitted from improvements to the front and rear suspension. There are upgraded shock absorbers and updated suspension that provide a comfortable ride without letting things get too soft. 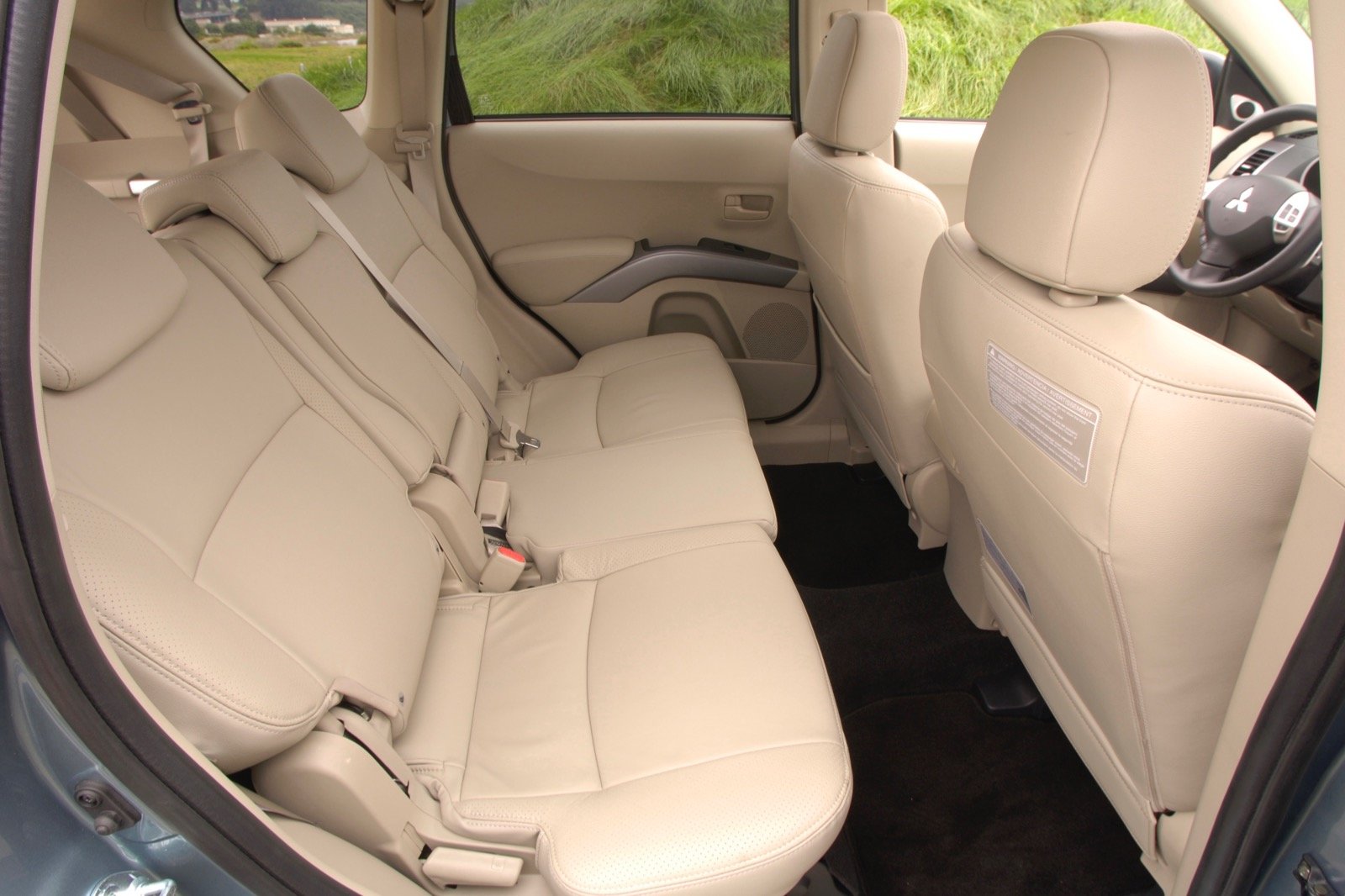 The Outlander outperforms its competition in cargo space, except for the RAV4, where it’s just edged out. Mitsubishi equipped the Outlander with a clever cargo-loading solution that includes a fold-down segment that creates a small tailgate when the rear door is open to better access the cargo area.

Interior storage is otherwise solid. The glovebox is large and offers two levels of storage, all doors have large cupholders, and the front area carries a whopping four cupholders. 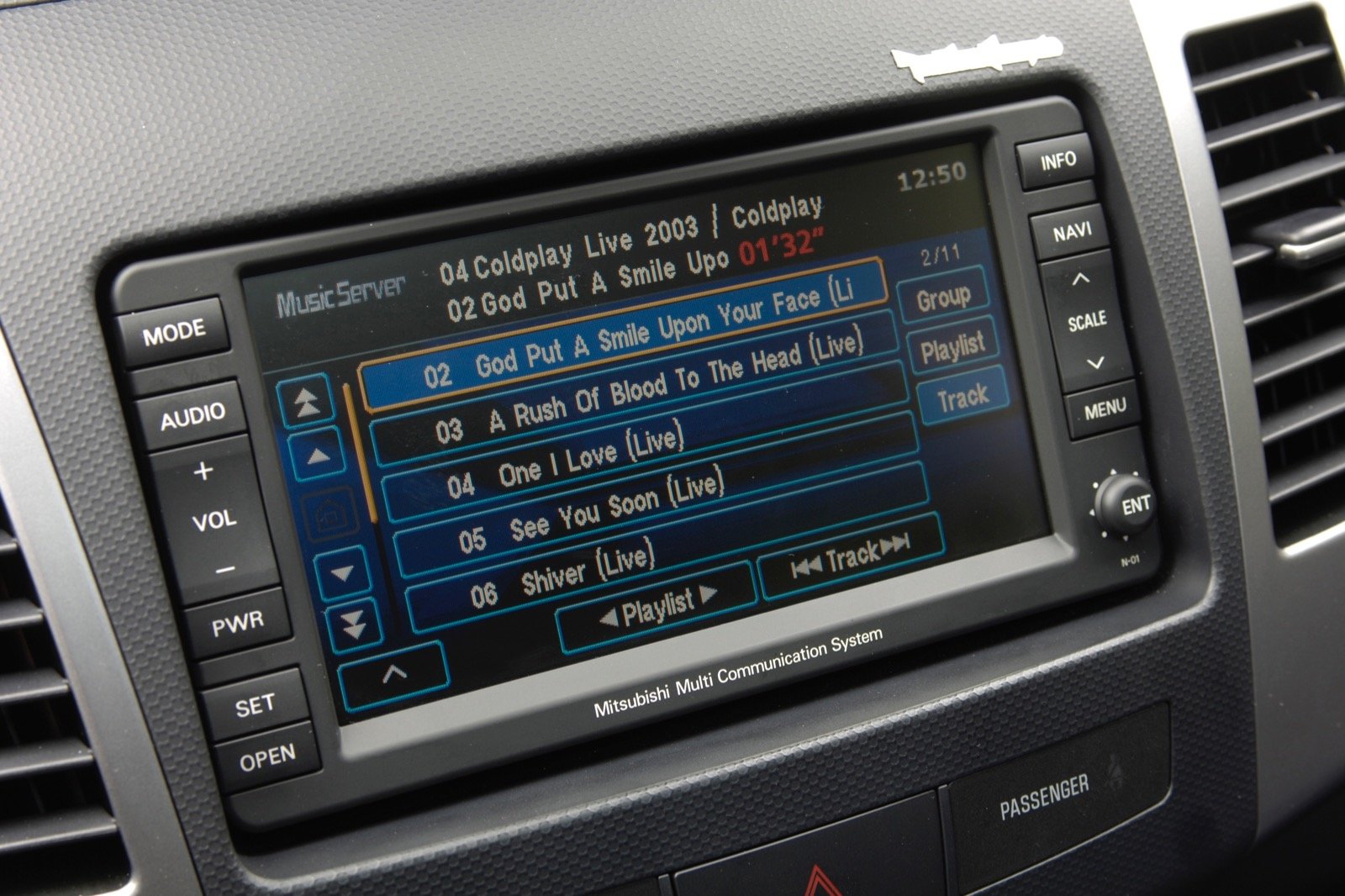 Many options are only available in added-cost packages that bump the Outlander’s price tag considerably. The Rockford Fosgate stereo is a worthy option, but it adds almost $2,000 to the bottom line. That's a lot of money for an upgraded sound system. 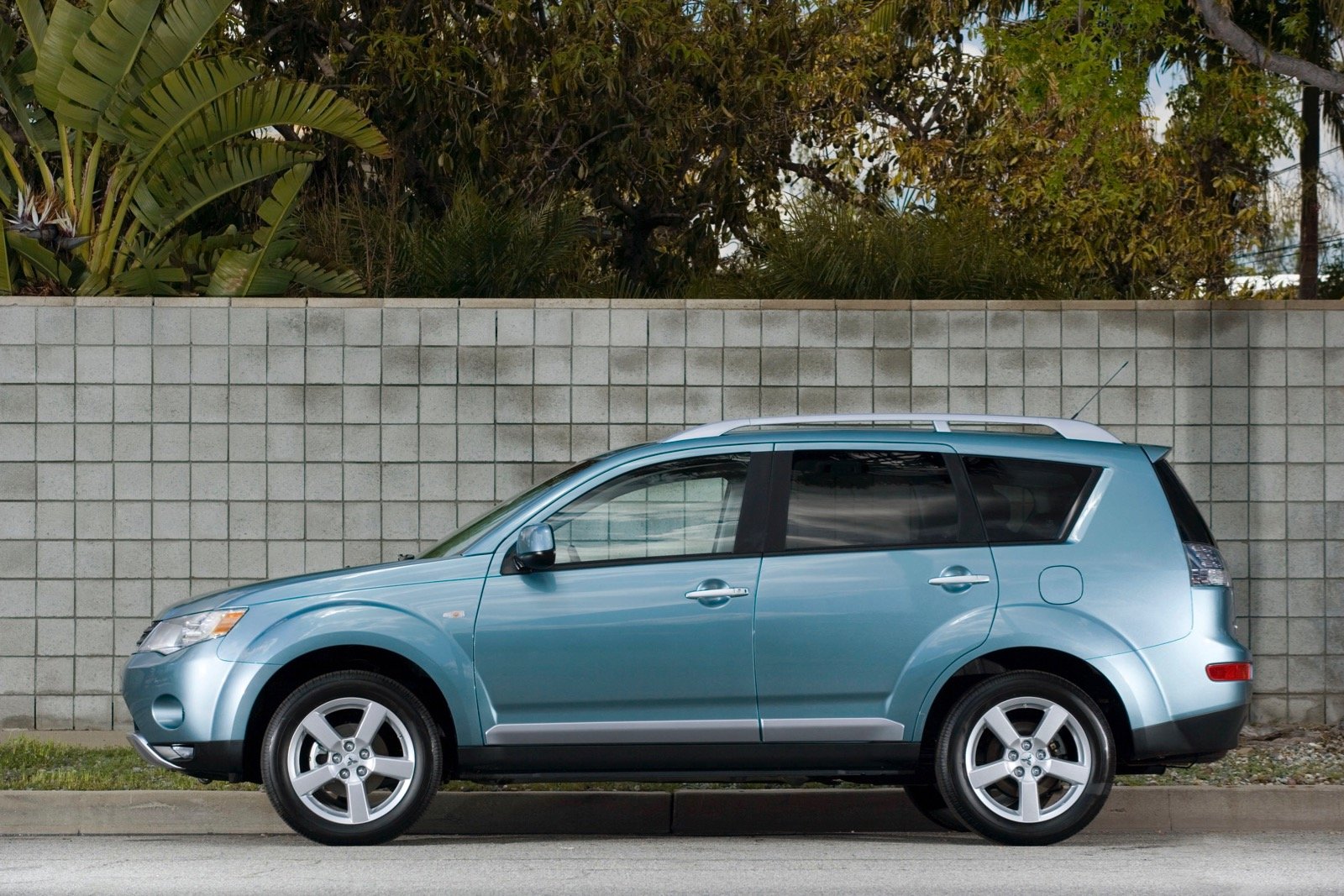 The Insurance Institute for Highway Safety (IIHS) rated the 2007 Outlander "good" (the highest rating) in front and side crashworthiness and "acceptable" for its roof strength. The National Highway Traffic Safety Administration (NHTSA) awarded it five stars in all crash-testing areas except for rollover resistance, where it earned four stars. 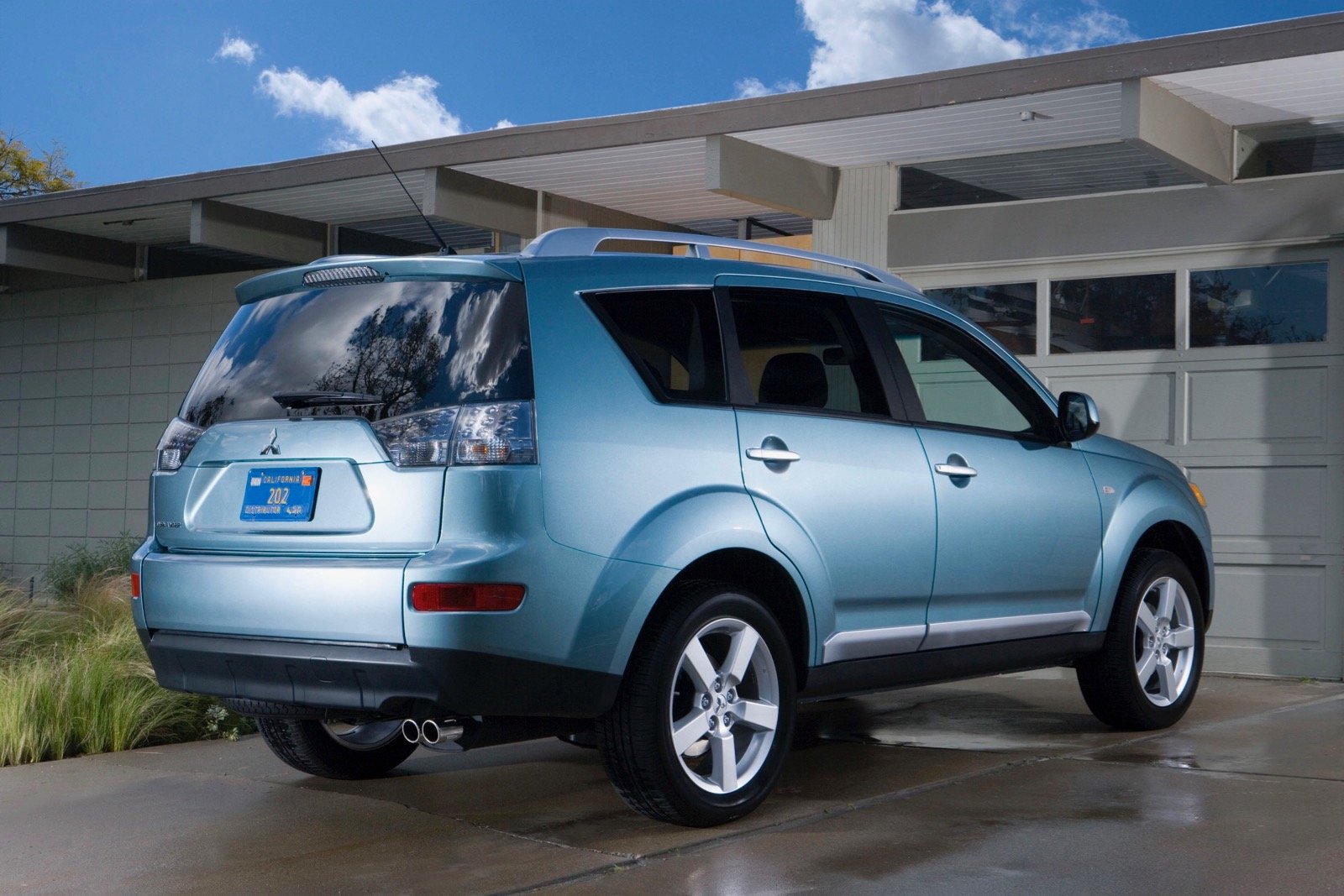 The Outlander is priced as a bargain offering in its segment, but don’t be fooled. The base MSRP of $21,370 buys a fairly basic vehicle that lacks many of the features that buyers expect in a small SUV. Options packages, some of which are not available for lower trim levels like the base Outlander ES, add to the price considerably and have to be stacked up to get a decent list of features. Gas mileage is at least decent. The EPA estimates fuel economy of 17/25/20 mpg city/hwy/combined with FWD and 17/23/19 mpg with AWD.

What's your take on the 2007 Mitsubishi Outlander?

Have you driven a 2007 Mitsubishi Outlander?
Rank This Car

I went for a holiday for two weeks when I got back and tried to start my car all the dash lights and stereo turned on but when I turned the key nothing happened no cranking nothing I tried jump sta...

Mitsubishi Outlander 07 brand new battery stopped for pizza tried to start car sounded like a wrench was thrown in there entire car kicked too. Sounded like machine gun fire. I'm headed back to te...

Lights and radio work when I turn the key but won't start just a single click is all had the starter replaced. Mechanic said it maybe the key. But I figured I should seeks other opinions first

What Is The Top Choice Of SUV's ?

Turn Off Mileage On A Mitsubishi

Wondering if its possible to turn off the odometer so the mileage cant be recorded. I f have a lease with limited miles and have already driven it over 20000 miles the first year.