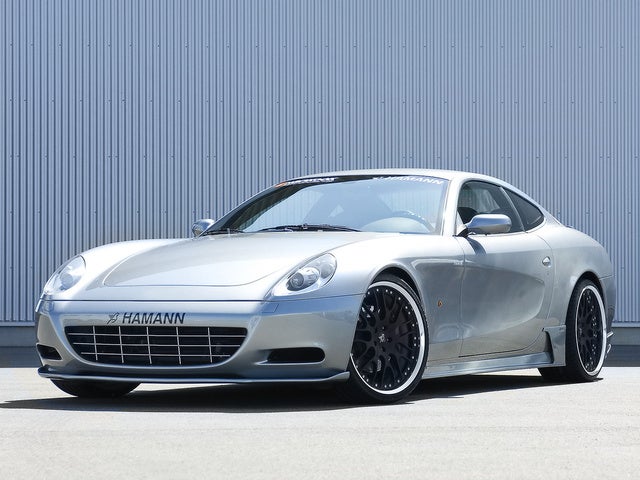 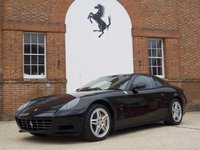 CarGurus has 17 nationwide 612 Scaglietti listings and the tools to find you a great deal.

With few changes for 2007, the 2+2 grand touring 612 Scaglietti replaced the smaller Ferrari 456M in 2005. Sculpted by Pininfarina, the sleek coupe bears the name of Sergio Scaglietti, one of Ferrari's first coachbuilders who was a master aluminum fabricator. Appropriately, the 612 Scaglietti represents the first V12 Ferrari to employ an aluminum spaceframe and body. Ferrari's masterful use of aluminum produced a structure 132 pounds lighter and 60 percent more rigid than the smaller 456M's.

There are two transmission choices: a manual 6-speed or Ferrari's F1A paddle-shifted sequential manual transmission, which also offers a fully automatic mode. The suspension system features active damping with the CST stability and traction control system - another first use on a Ferrari.

Although the 612's wheelbase and overall length fall into the neighborhood of an Audi A8's, reviewers found its agile handling suited a smaller car. Therein lies one of Ferrari's handling mantras: Front-engine/rear-wheel-drive cars handle better with less weight up front. Ferrari achieved a 46/54 weight distribution in the 612. They accomplished this by setting the V12 behind the front axle and locating the transmission in the rear differential. Due to this balance, the 612 has sharper steering, less understeer, and better traction.

Reviewers found the spacious 2+2 interior one of Ferrari's best and most sophisticated. Finished in a variety of leathers with alloy trim, the interior's isolation from the world outside was faulted by some reviewers for not allowing adequate appreciation of the V12's singing. The seats, front and back, are firm, supportive, and daylong comfortable.

The 612 Scaglietti handles like a sports car, rides like a luxury sedan, performs like a racecar, and looks every bit a Ferrari. One reviewer felt that in these qualities, and especially in its "interactivity," the Scaglietti stands alone as the ultimate grand touring automobile.

Have you driven a 2007 Ferrari 612 Scaglietti?
Rank This Car

CarGurus has 17 nationwide 612 Scaglietti listings and the tools to find you a great deal.