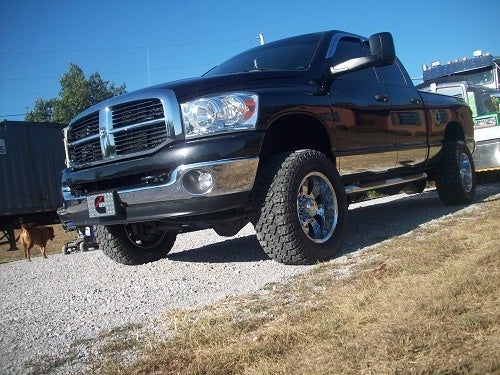 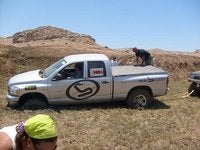 Average user score
4.5 ⁄ 5 stars
Based on 16 reviews
Size Matters by Jorge — Largest truck in every class. This is a great truck, better than my last Dodge truck. The Cummins diesel really performs very well. Work truck performance and durability in a toy hauler for sure! T... Read More
Love This Truck ,would Buy A Mega Cab Again by tilly2812 — This is a great riding truck for it's size. you can fold down half of the back seat and have room for luggage or a pet or groceries. The fuel economy on the highway isn't bad mine gets anywhere from 1... Read More
Overall, A Great Vehicle by Mike — I have had this truck about a month and eveerything is good so far. No problems, everything is great. I guess the one downside is stopping at the gas station for fuel. That gets a little expensive ... Read More

Big news for a big truck. The 2007 Dodge Ram Pickup 2500 gets a new 6.7-liter Cummins turbodiesel I6 engine that will hit 350-hp with 650 lb-ft of torque. This replaces the old 5.9 Cummins turbodiesel, though a few 2007 Ram 2500s will feature this engine as the 6.7 won't be ready until a few months into 2007. The more powerful engine also gets a new 6-speed automatic to replace the old 4-speed. The standard engine on all of the 2007 Dodge Ram 2500s will remain the 5.7-liter Hemi V8 at 345-hp, paired with a standard 6-speed manual or optional 5-speed automatic. Also new for 2007 is an exhaust brake, the first of its kind, meant to improve stability and overall hauling power.

The only other change for 2007 is a new optional remote start feature across the line. The 2007 Ram 2500 comes in Regular cab with one row of seats, Quad cab with two rows, and Mega Cab, which is the same length as the Quad, but devotes more room to the spacious cabin than to the 6.3-foot cargo bed. Six people can sit comfortably in the Mega Cab, which features reclining rear seats (and best-in-class 44.2-inches of legroom)and 71 cubic feet of cargo room when the seats are folded flat. The Mega only comes with a short bed, and the Regular cab only with the long 8-foot bed. The Quad cab gives you a choice of either size. All models are available in rear-wheel or 4-wheel drive. There are three trim levels. ST is the most basic, while SLT adds power features and cruise control. The Laramie provides leather seats, power driver's seat, a 6-CD player, power pedals, and wheel-mounted controls.

The 2007 Ram 2500 also offers a Power Wagon in both the regular and Quad cab styles. This carries the Hemi V8 and is geared primarily to off-roading. A stiffer suspension, 33-inch tires and 17-inch wheels, electronic roll bar, and electronic front and rear differentials are its primary characteristics. Skid plates and a 12,0000-pound winch are also standard. With the extra engine power, that's also cleaner and quieter, the 2007 Ram Pickup 2500 should be a big sell. The comfortable cabin is also liked by a lot of owners. Poor gas mileage and somewhat cheap interior materials are drawbacks.

Where Is Fuse Panel(s)

HELP ANYBODYS DIESEL 2500 DODGE PICKUP JUST SHUT OFF WHILE DRIVING DOWN THE...

Who decides what is high or fair and how. I see no rhyme or reason.

I'm left stranded with my wife and 9 year old son in another state. Have no idea what is wrong. It's will turn over but will not crank.

I recently had to replace my catalytic converter on my 2007 Doge Ram. 6.7 Litre. The Bill listed that they replaced the core ($500). I have received information that I should have received a $500...