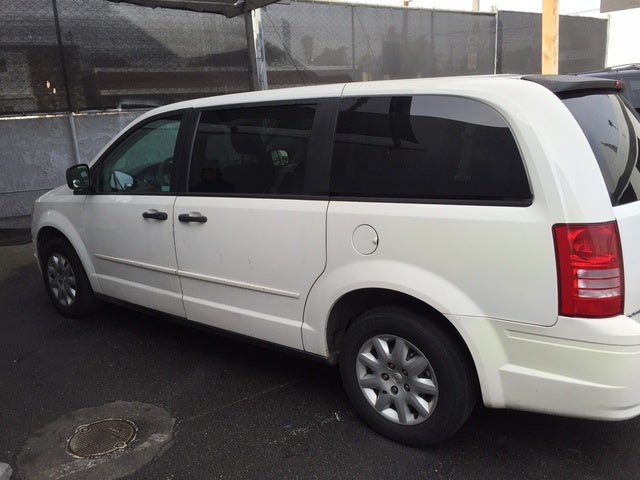 The Chrysler Town & Country returns for 2007 without any significant changes. A new version last appeared in 2001, when the long-running Plymouth Voyager minivan was discontinued.
For the 2007 model year, there are four variations of this popular family vehicle. There are four distinct trim levels, but each is only offered with one pre-specified engine and wheelbase configuration. Only the base model uses the shorter 113.3 inch wheelbase, while the other three models stretch to 119.3 inches. Even the Town & Country Base comes equipped with a sizable list of standard features, including a CD sound system, cruise control, keyless entry, air conditioning, and full power accessories.
The three higher trims get a different seating configuration, the second row bench is replaced two captains chairs, and Chrysler's "Stow 'N Go" flat folding seats have also been added. This setup is optional on the base model. The second trim is the LX, which adds heated power mirrors to the list of base features. The Touring model upgrades to dual power-sliding doors, a six speaker audio system, tri-zone climate control, a power seat for the driver, and a power liftgate. At the top of the Town & Country lineup is the Limited, which includes tri-zone automatic climate control, a memory seat function for the driver, a premium Infinity sound system with an in-dash CD changer, a navigation system and chrome wheels. A rear seat DVD entertainment system should be a popular add-on.
There are two available engines for the Town & Country. The Base and LX models are powered by a 3.3 liter V-6, which provides 170 horsepower. The Touring and Limited models are fitted with a 3.8 liter V-6, bumping horsepower to 200. All models are front wheel drive, and use a four speed automatic transmission.

Have you driven a 2007 Chrysler Town & Country?
Rank This Car

Hazard Signal Not Working On 2007 Chrysler Town And Country

My Chrysler Town And Country 2007

My Chrysler town and country 2007 check engine light is on ? Can you help me show how to repair ? Thank

Does Anyone Know The Location Of The Factory Radio Amp On A 2007 T&c Tourin...

I can't get the 3rd row on one side to sit back up. I can pull and pull on that string thing and it won't help.