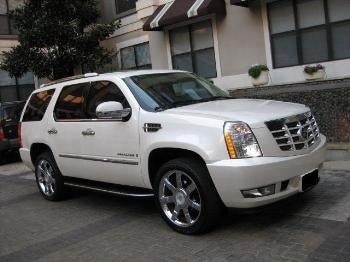 The 2021 Cadillac Escalade should have the option of any color interior that is offered, regardless what trim model one would choose. And add on options should be available without making you purchase... Read More

Nice to look at and has been popular body style for 2 decades. Still beautiful. Read More

I received a good deal. I enjoy the style and look of the vehicle. Read More

We got hit and rolled down the hiway everyone including the dog all survived very good. Ar Read More

Too high a price for trim up grades with little additional features. over priced. Read More

Amazing! Has features I never knew I wanted. You are going to love it!! Read More

It’s is an amazing vehicle with everything you can think of. Rides like a dream with an interior so comfortable and plush. Read More

Love it! Had 3 Escalades so far,time to buy another! Read More

Have you driven a 2007 Cadillac Escalade?
Rank Your Car →