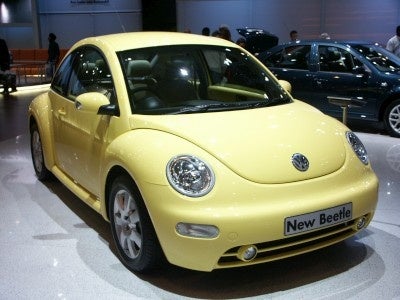 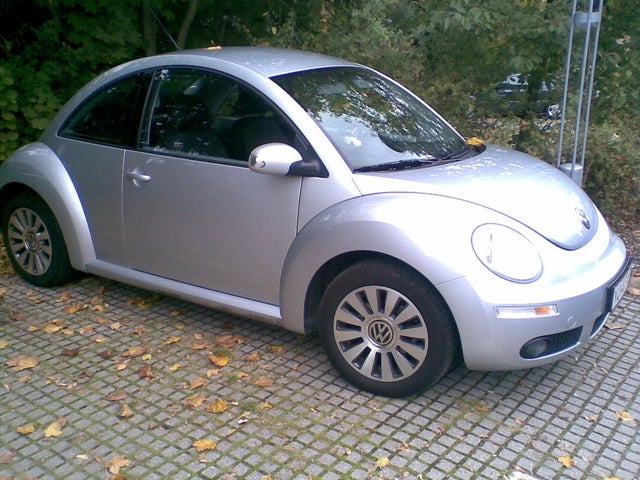 How do you change a modern classic? Very carefully. For 2006, Volkswagen gave its New Beetle a styling update, though at first glance you might be hard pressed to tell exactly what's changed. But the truth is, there's a lot that's new about the New Beetle for 2006, both inside and out.

For starters, VW offers the Beetle with an innovative new 2.5-liter, 250-hp, 20-value gas engine, which the automaker describes as a "spitfire." The engine was first offered on the Jetta and incorporates a cylinder head design borrowed from the Lamborghini Gallaro V10. (If you have to borrow, it might as well be from the best.)

Meanwhile, the TDI turbodiesel engine gets more horsepower (100, to be exacty) as well as a new pump injector system called Pumpe Duse. Overall, the turbodiesel is quieter, gives off cleaner emissions, and is still VW's most fuel-efficient engine.

Outside, Volkswagen redesigned the Beetle's headlights and taillights so that they provide increased visibility. The front and rear bumpers are now sleeker, and front turn signals are slimmer. Inside, the car received a redesigned center console with a built-in storage compartment and cupholders, as well as a redesigned instrument cluster and additional chrome detailing around the vents and speedometer. Another cool feature is the addition of a second sun visor over the driver's-side window.

Overall, drivers liked the updeated 2006 Beetle, especially the new 2.5-liter engine which, drivers noted, provided a nice power boost. On top of that, it still gets great gas mileage, several drivers observed. And while one driver liked the new driver's-side sun visor, she notes that it came at the expense of a sunglass holder, which was removed. The updated looks were a hit, as was the car's handling and economy, which has been a positive point with drivers since the Beetle was reintroduced in 1998.

What's your take on the 2006 Volkswagen Beetle?

Dave It's an awesome car.

Users ranked 2006 Volkswagen Beetle against other cars which they drove/owned. Each ranking was based on 9 categories. Here is the summary of top rankings.

Have you driven a 2006 Volkswagen Beetle?
Rank This Car

Repair manuals says the convertibles pump is located in the trunk and it sometimes need additional ATF fluid. I have searched for it without success. Any idea, anyone?

Leaking What Fluid By The Front Passenger Tire

Passenger Side Windows And Convertible Top No Longer Work

my 2006 VW beetle convertible passenger windows and convertible top no longer work. the master switch will roll down the driver front and rear windows. I can hear the motor of the passenger rear win...

Has Anyone Changed The Alternator On A Beetle?

I attempted to change the alternator on my beetle myself. I tore apart the entire right side of the car and was able to look directly at the alternator, but still saw absolutely no way to remove it. A...

How Does This Work After I List My Car?

I want to post my car for sale, but then how does this work after that? Do you buy my car or where do I show my car?