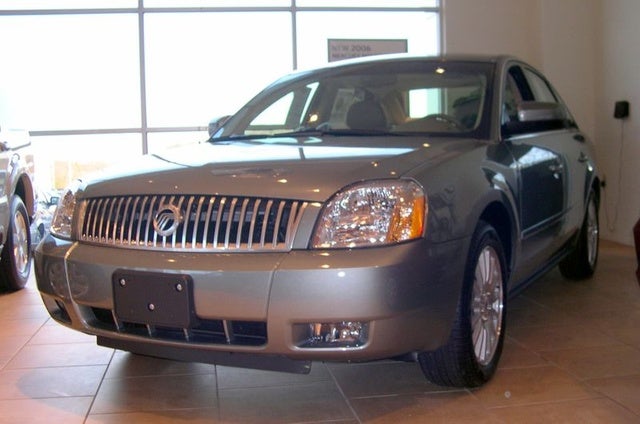 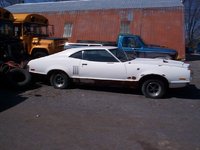 The Montego name appeared in the Mercury lineup from 1968 to 1976. Its reappearance last year reflects Ford's attempt to produce an SUV in a car's sheet metal. Ford's Five Hundred and Montego are both based on the platform Ford-owned Volvo designed for its S60, S80, V70, V80, and XC90 sedans, wagons, and SUV.

As a midsize sedan, the Montego looms large for its class: It's 4.1 inches longer than a Chrysler 300 and four-tenths of an inch wider, and only two-tenths of an inch shorter than the Mercury Monterey minivan. The Montego reflects this SUV thinking in its spacious interior design and high seating positions. Reviewers found the interior with its high seating positions - front and back - low dashtop, and tall windows provided excellent visibility. Mercury claims the massive 21.2-cubic-foot trunk can hold eight full-size golf bags.

Some have complained about the relatively low 203-horsepower output of the 3.0-liter V6 in a car that weighs 3,656 pounds in its lightest front-wheel-drive form. Yet, the power flows smoothly and quietly when coupled with either the wide-ratio, six-speed automatic or the computer-optimized CVT transmission. 0-60 on the front-wheel driver takes 7.9 seconds. One reviewer was dissatisfied by the performance of both transmissions, but for the most part other reviewers find them competent. A review-tested AWD Montego averaged 19.2 mpg in city/highway driving; Mercury recommends regular-grade fuel. Overall handling under normal driving conditions is competent, with excellent AWD traction.

Safety was a major engineering concern in the development of the Montego. Volvo designed its basic structure, and Ford added its Personal Safety System, which manages inflation rates for the dual-stage front airbags. As a result, the Montego has received five-star government crash test ratings and a best pick award from the Insurance Institute for Highway Safety for frontal crash performance.

What's your take on the 2006 Mercury Montego?

Have you driven a 2006 Mercury Montego?
Rank This Car

What Is Continuously Varieable Auto Transmission

432 views with 3 answers (last answer about a year ago)

how to change cabin filter

So the battery on my 2006 mercury Montego died during quarantine. Should have driven it more. I am charging the battery but all the interior lights are on and will not turn off. Is this normal?

I have a 2006 mercury montego premier the oil light is coming on but goes out im thinking its the the oil pressure switch but i cant locate it?.

I'm working on a 2006 Mercury Montego. Customer said A/C was blowing warm. I brought it into the shop and put gauges on it and pressures were in the normal ranger and A/C was blowing cold. After about...