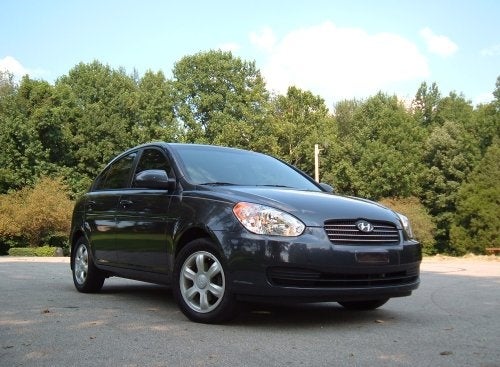 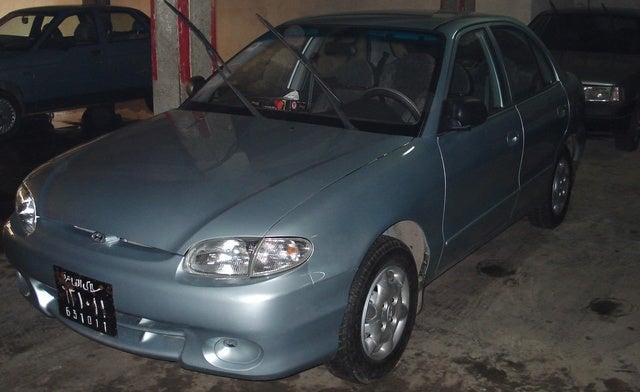 Hyundai has been getting increasing respect over the years, and has come to fill the role of a stylish, safe, yet affordable vehicle. The 2006 Hyundai Accent is the smallest entry-level car in its lineup, and it has gone through a major overhaul to its look, engine, and standard features. As of 2006, the Accent was offered only as a GLS sedan, but a GS and SE hatchback will appear for 2007. Added inches to the length, width, height, and wheelbase means more interior room, more trunk space, and a steadier ride. The 1.6-liter DOHC I4 engine boosts power to 110-hp with variable valve timing, and is coupled to either a 5-speed manual or 4-speed automatic transmission. This makes it the most powerful subcompact on the road.

Bigger 14-inch wheels are now standard, as are ABS brakes and side curtain airbags (along with the dual-front side, for a total of six airbags). A fully independent suspension, which has been stiffened, improves handling. Rear seats get two more inches of legroom, and the trunk adds another cubic foot (12.4 total), which can be expanded when the rear seats fold down. Though power features are still optional, the 2006 Accent does come with air conditioning, a CD player, tilt steering wheel, power steering, intermittent wipers, and two power outlets. Cupholders and storage compartments are de rigeur.

A redesigned dash and higher driver's seat improves overall visibility. The exterior has been more aerodynamically styled, with more chrome trimming and sleeker lines. Fuel economy has also improved, averaging around 30/35 mpg. The improvements have made the 2006 Accent a major competitor to the Corolla and Civic, especially since it's more affordable and offers a great 10-year/100,000 mile powertrain warranty. Drivers like the better interior materials, the gas mileage, and handling, but still complain about the small backseat, labored acceleration, and underpowered engine.

What's your take on the 2006 Hyundai Accent?

Nikki' Anita Extremely helpful when I went with the intent of getting a car I have been focused on....unfortunately that did not occur. Mike & Tim were more than helpful, didn't rush me & helped me drive away with a cute lil GEM perfect for me. Thank you kindly M&M Auto & keep up the GREAT WORK!

Have you driven a 2006 Hyundai Accent?
Rank This Car

What Do I Need To Fix

I was going down the road and the car was running fine, shortly after the RPMs dropped and the car is struggling to make it over 40, I can get it to 65 but thats it, shifts fine but no faster than ...

I have a rubbing noise that comes from the passenger side of my car engine...sounds like metal on metal. No one seems to habe a clue. Any ideas please. Thanks

Car Stalling At Every 2 Kms

my car starts and run about 2 kms and stalls,some time runs 1 km and stalls.what is the solution pls help