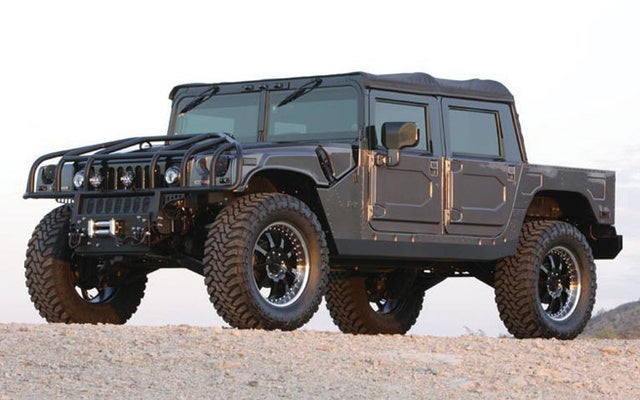 Looking for a Used H1 Alpha in your area? 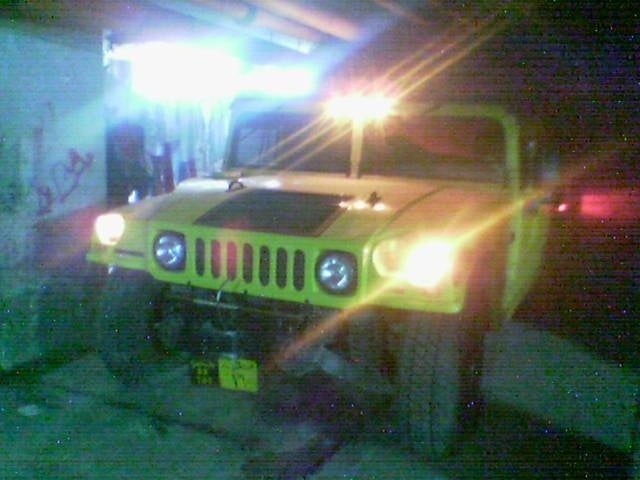 In town for a limited engagement, namely one year, the 2006 Hummer H1 Alpha represents the performance line of the original H1 and is the only H1 brand this year. The Alpha is meant to symbolize strength, as in Alpha Dog. Get it? This is one mean machine when it comes to off-roading, and the 2006 H1 Alpha gets a stronger 6.6-liter, 300-hp, Duramax diesel V8 engine that delivers 300-hp, up 46% from the 6.5 engine last year. The 520 lb-ft of torque is a 14% increase over last year. The engine is mated to a new 5-speed auto tran with a tow/haul mode, for towing up to 9300 pounds. The Alpha also gets bigger brakes, more ground clearance (16 inches), updated 17-inch wheels, and appropriate badging.

Two trims are available -- the base model wagon or the open top with a removable canvas top. Both seat four in a rather cramped interior. Miles away from the original military vehicle on which it's based, the 2006 H1 Alpha features leather seats, power accessories, a 6-CD changer, and cruise control. Off-roading is helped with the powerful engine and limited slip front and rear differentials, and there are optional differential locks and a winch capable of hauling 12,000 pounds. ABS brakes and traction control are also standard, but there are no airbags. However, being the Alpha dog, it's safe to assume this Hummer will win every encounter.

No one buys a 2006 Hummer H1 Alpha for fuel economy, though the double tanks hold 51 gallons of gas. Vehicles of this size are not rated for fuel economy, but it's likely the results would not be great. Drivers love their Alphas for the unbeatable off-road performance that can tackle any terrain. This seems to outweigh the awkward maneuverability in city traffic, the sluggish engine in highway driving, and the high price tag.

Looking for a Used H1 Alpha in your area?