With the dramatic redesign of the 2006 Honda Civic, the future of transportation is here, today. 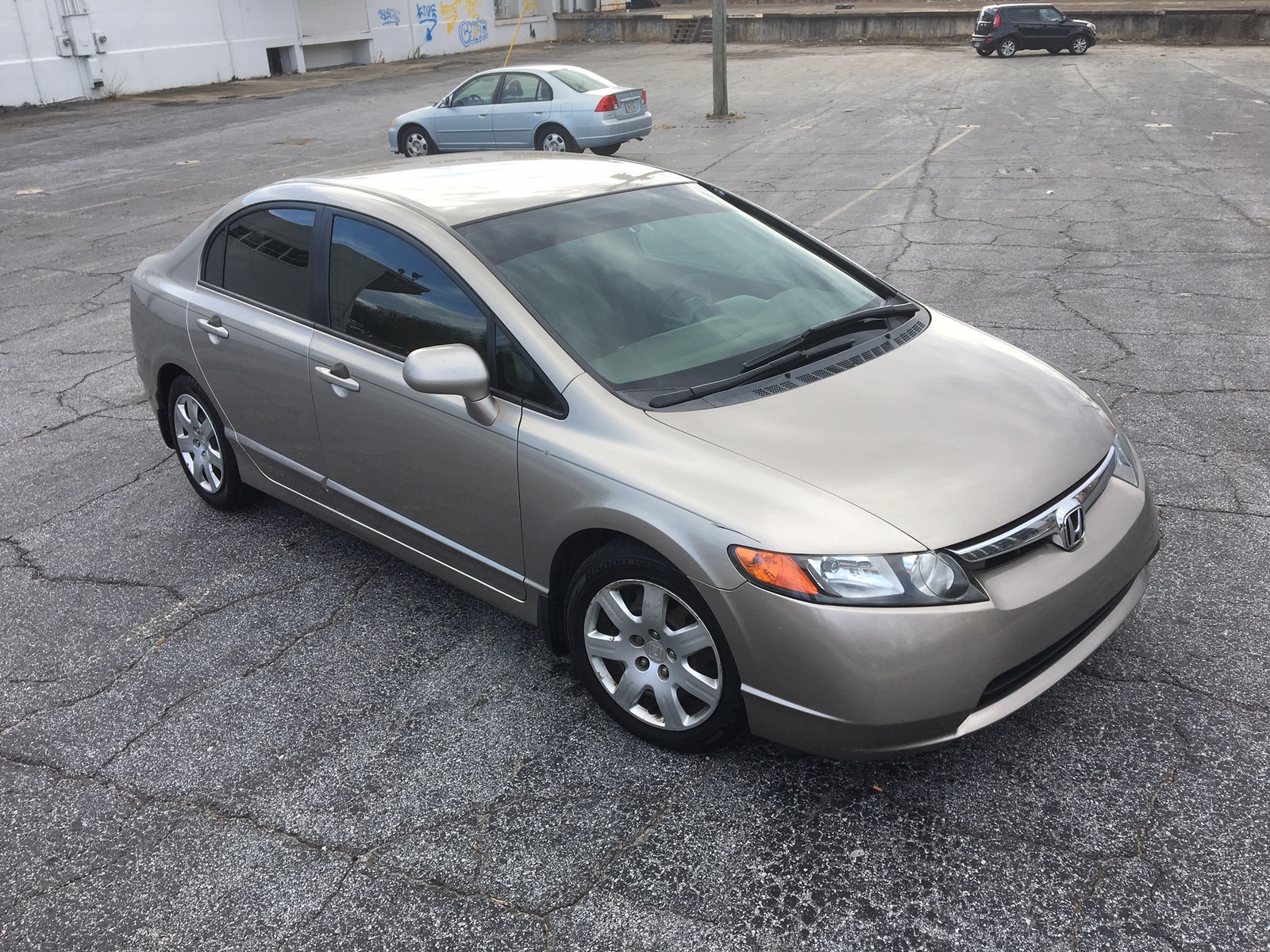 Honda is no stranger to controversy, and that’s why it can take brave and bold steps like the all-new 2006 Honda Civic. Offered in 2-door coupe and 4-door sedan body styles, the 2006 Civic sets a lofty new bar in the compact car segment. If you're willing to be seen driving it, you'll enjoy the pleasuring of owning one of the best small cars ever made. 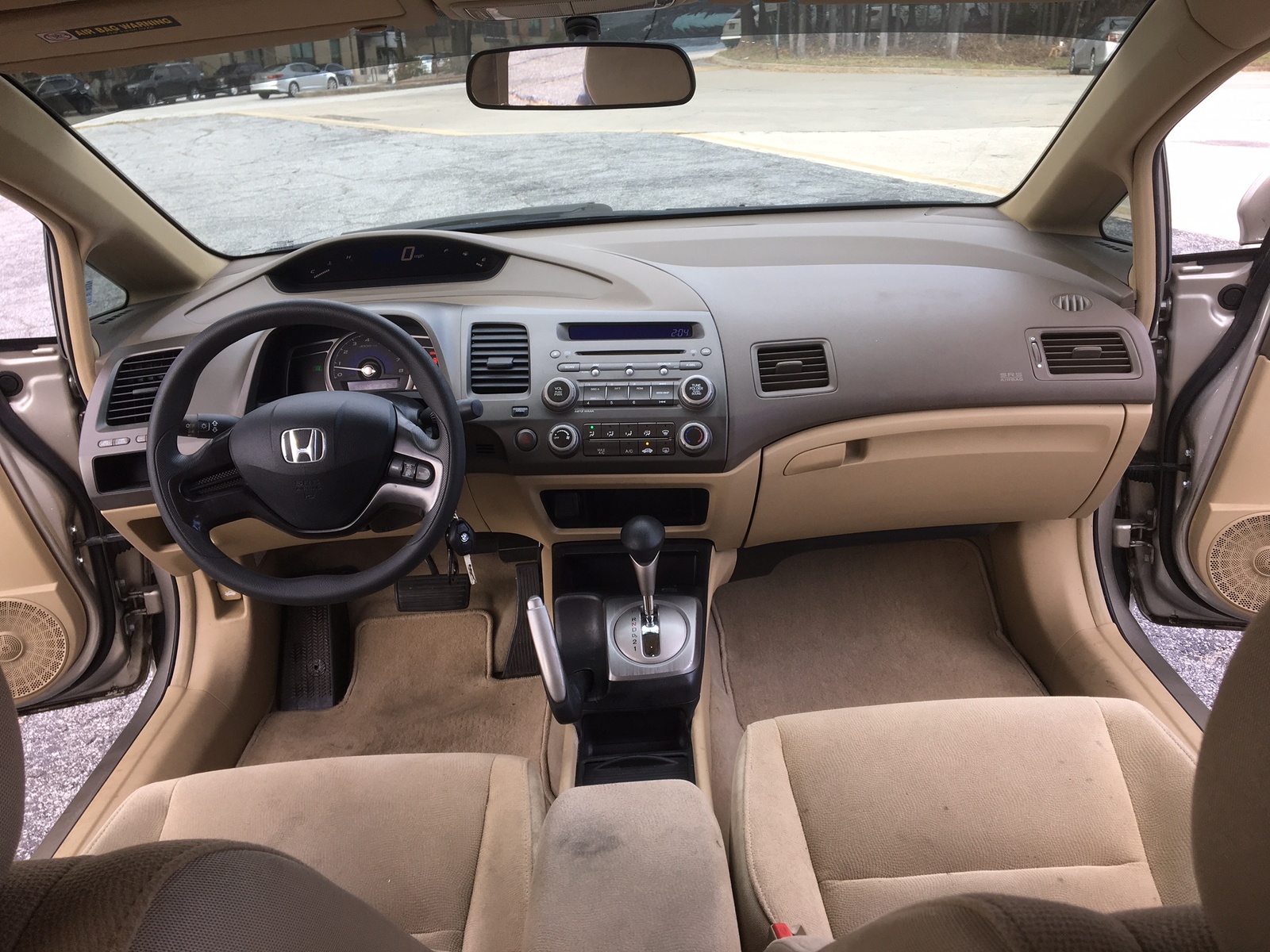 Defining the concept of an acquired taste, the 2006 Civic’s styling is a love it or hate it proposition. A jarring departure from the previous Civic, the new car looks more futuristic than Marty McFly’s DeLorean. From the short and stubby hood to the sedan’s weirdly shaped taillights, the Civic is just as much about (questionable) style as it is substance.

Honda doesn’t stop with the exterior design. Inside, the dashboard, instrumentation, and controls represent a complete departure from established norms.

A digital speedometer and fuel gauge are housed in an odd hump near the base of the dashboard, putting vital information directly in the driver’s line of sight. In the location where gauges would normally go, the Civic has a giant tachometer. Stereo and climate controls appear to be integrated parts of the design rather than components that get bolted into it, while the transmission shifter and parking brake lever live in a pod jutting out of the center console.

Even the rather undersized steering wheel is unusual. And from the driver’s seat, the new Civic’s low dashboard, front quarter window glass, and thin windshield pillars create an airy and expansive feeling unlike any other small car on the market. 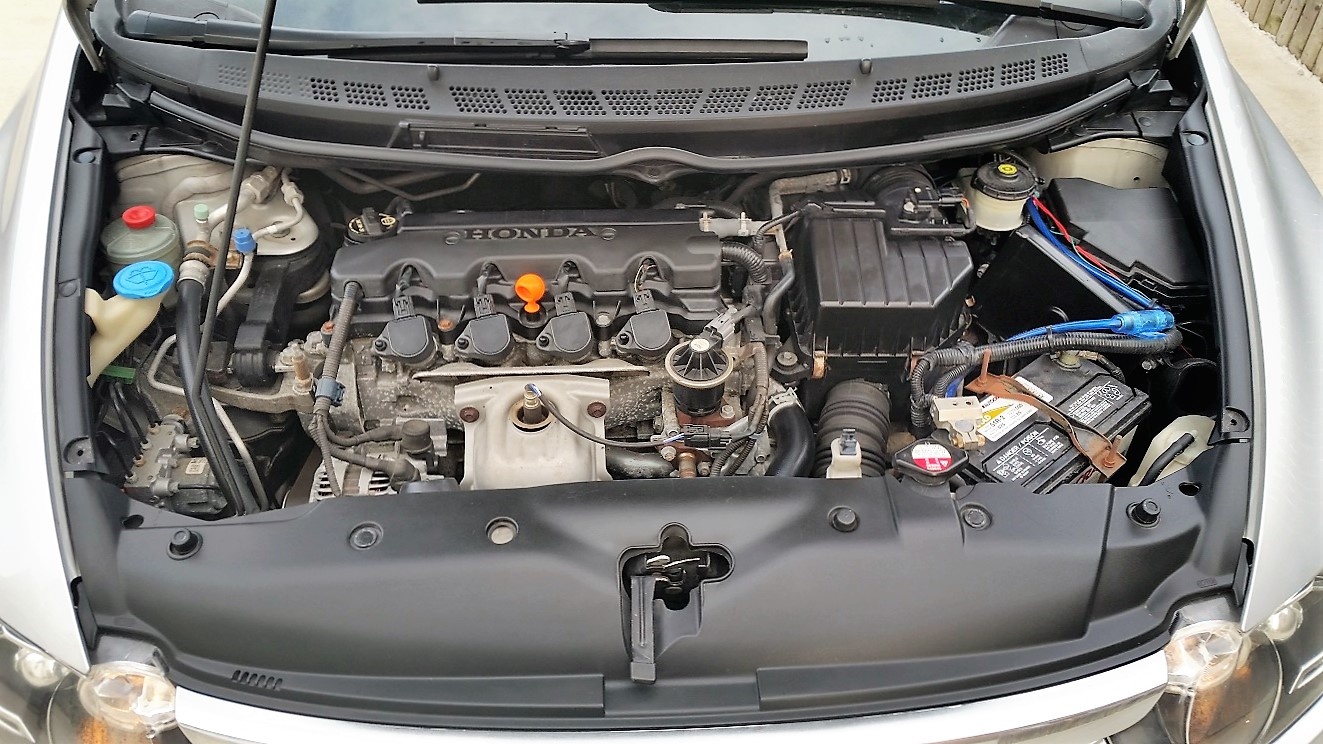 As was true before, the new 2006 Civic comes with a variety of powertrain choices, and power and fuel economy improve across the board.

Most Civics have a new 1.8-liter 4-cylinder engine making 140 horsepower paired with a 5-speed manual or 5-speed automatic transmission. A natural gas version of this engine is offered in the Civic GX, and it generates 113 hp. The GX employs a continuously variable automatic transmission (CVT), according to Honda.

Naturally, the performance-tuned Civic Si returns, now a 2-door coupe instead of the previous 3-door hatchback. It has a 197-hp, 2.0-liter 4-cylinder engine, a 6-speed manual gearbox, and a limited-slip front differential. The Si also boasts a sport-tuned suspension and bigger wheels and tires.

For maximum fuel economy, get the Civic Hybrid, now rated to return 50 mpg in combined driving. Using a 1.3-liter 4-cylinder engine, a battery pack, and an electric motor, this version of the Civic is good for 110 combined horsepower. Like the Civic GX, it uses a CVT.

Obviously, the Civic drives differently depending on the version. The common thread between them is a light, effortless, refined dynamic that makes each Civic enjoyable to drive in its own way. The hardest thing to get used to, aside from the unusual instrumentation, is the tiny steering wheel, which looks and feels too small. 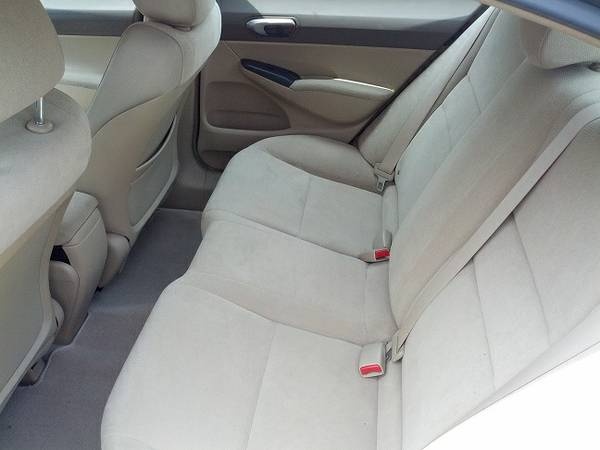 Regardless of body style, the new Civic features comfortable front seats separated by an innovative new multi-function storage console with lots of nooks, crannies, and bins. The console sits low, and in combination with the minimalist dashboard and all of the glass, the Civic feels positively huge.

Wider than it used to be, the new 2006 Civic sedan is more accommodating for rear-seat passengers, too. The coupe, however, loses backseat room due to its more rakish design.

Trunk space measures 12 cubic feet for the Civic sedan, while the coupe loses just a bit of volume to come in at 11.5 cubic feet. Hybrids offer 10.4 cubes, a reduction necessary to accommodate the car’s battery pack. The Civic GX has its compressed natural gas tank to contend with, reducing trunk volume to just 6.0 cubic feet. 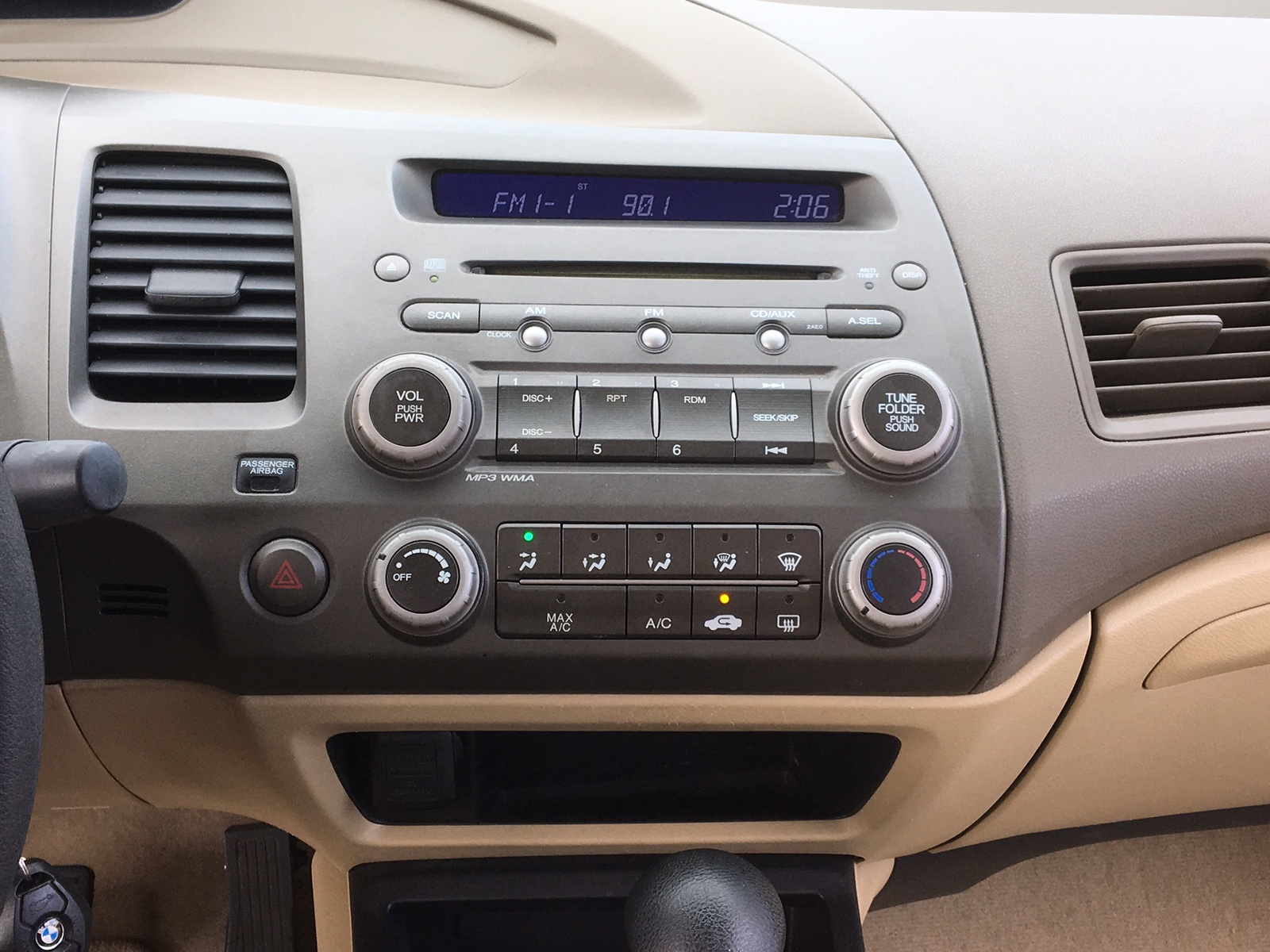 For 2006, the Civic takes a big step forward in terms of onboard technology. One glance at the dashboard instrumentation will convince you of that.

As far as infotainment is concerned, satellite radio is now available for the car, and top versions offer a navigation system with voice recognition technology. A CD player is standard on all but the base DX trim level, and both steering wheel controls for the audio system and an auxiliary audio input jack are available.

In addition to these improvements, the Civic Hybrid boasts next-generation Integrated Motor Assist technology that allows the gasoline engine to shut down more frequently in order to maximize fuel economy. 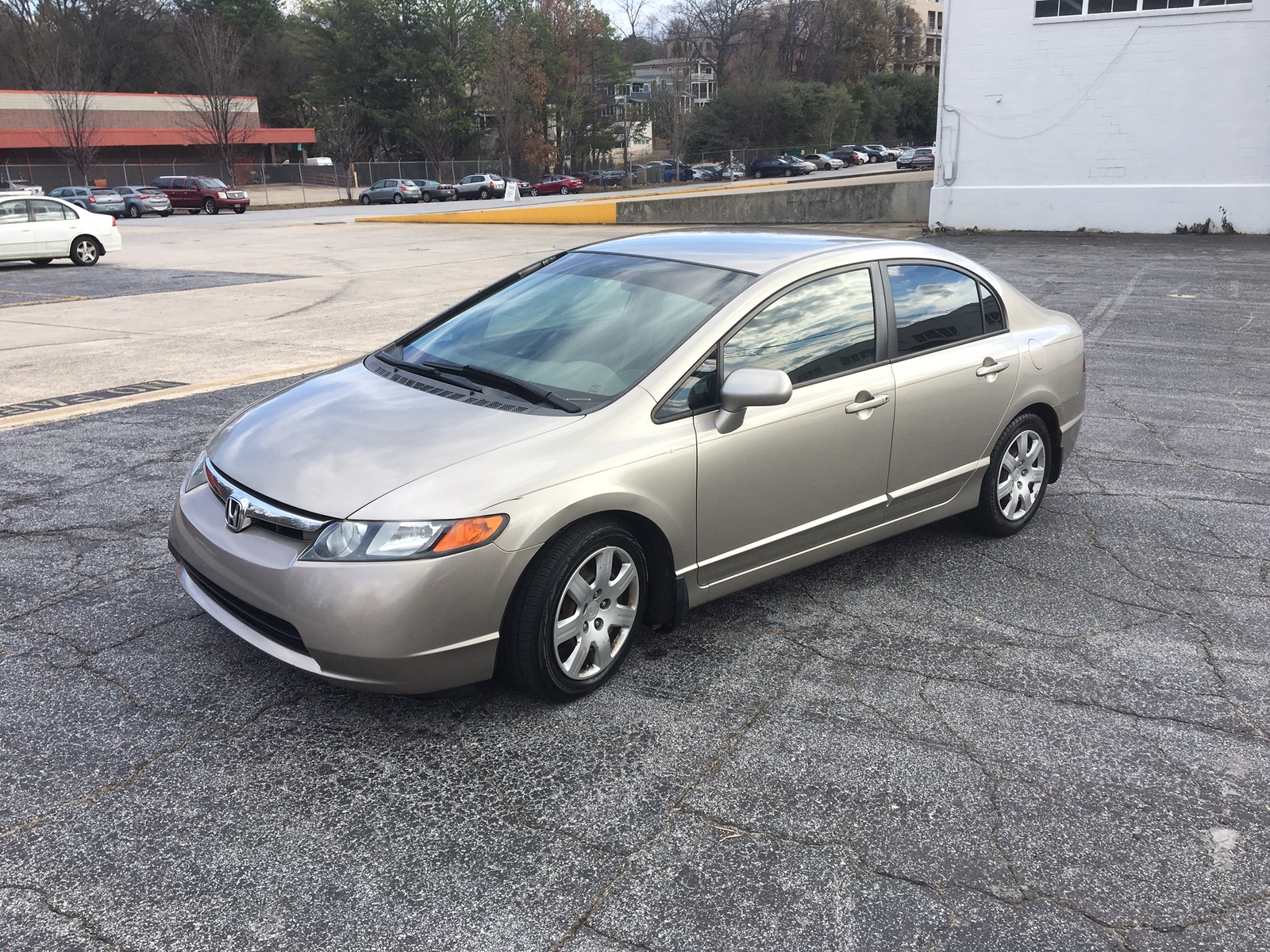 In a big step forward for safety, the new Civic employs what Honda calls its Advanced Compatibility Engineering (ACE) body structure. Essentially, this means it is specifically engineered to either absorb or deflect crash energy during a collision, in turn, better protecting the car’s occupants.

In crash tests performed by the National Highway Traffic Safety Administration (NHTSA), the Civic sedan does a great job of protecting occupants. The Civic coupe, unfortunately, earns no better than a 3-star rating for side-impact protection for the driver.

The Insurance Institute for Highway Safety (IIHS) agrees, giving the Civic sedan a Top Safety Pick rating for 2006. Due to the Civic coupe’s Acceptable rather than Good showing in side-impact testing, it does not earn the same praise from the IIHS. 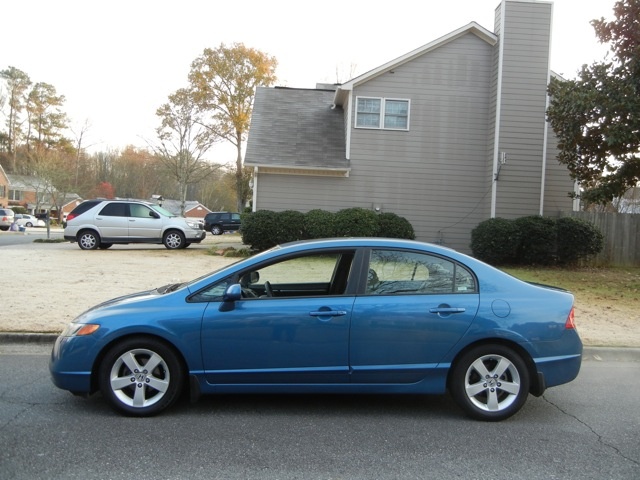 Arguably, the 2006 Honda Civic is one of the most refined and sophisticated cars in its class, and that comes at a price. You’ll spend more than $15,000 for a base Civic DX, and nearly $25,000 for a Civic Hybrid with navigation.

However, unlike equally advanced or high-quality models like the Mazda Mazda3 and Volkswagen Golf/Jetta, if you buy and keep the Civic for a decade, it’s likely to still look and feel like a modern automobile. Such is the price of progress.

Users ranked 2006 Honda Civic against other cars which they drove/owned. Each ranking was based on 9 categories. Here is the summary of top rankings.

Have you driven a 2006 Honda Civic?
Rank This Car

CANNOT OPEN CIVC AT ALL

help please i have 06 civic my fob is working but i can't open my car at all i can't get under the bonnet i literally can't do a thing. PLEASE HELP

I Just Replace Upper Radiator Hose On My 06 Honda Civic, And Now Its Overhe...

my upper radiator hose was leaking, so i replace it, and now its overheating, not sure why.

Overheated Now Engine Light Is On?

It had a slow leak of coolant, had it checked out and tightened a few hoses and the leak was a lot better. I check the water every few weeks and top off. I have driven it back and forth several time...