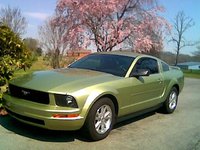 The 2006 Ford Mustang has a smooth ride, a wide variety of customization options, and a vintage-inspired look. 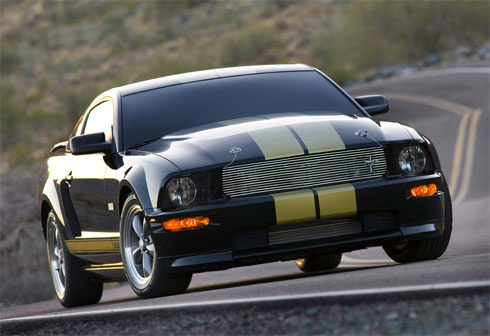 The Ford Mustang is one of the most iconic vehicles ever made, and its recent overhaul brought new, retro styling, updated powertrain options, and new tech to the storied muscle car. The 2006 Mustang still rides high from that 2005 redesign, but gets a quieter interior and updated tech for the new model year.

The Mustang is offered as either a fastback coupe or as a convertible, and can be had with either a V6 or V8 engine. The V6 is a 4.0-liter unit that produces 210 horsepower and 240 pound-feet of torque. The 4.6-liter V8 in the Ford Mustang GT makes 300 hp and 320 lb-ft of torque. A five-speed manual transmission and rear-wheel drive are standard.

The Mustang competes against the Nissan 350Z, Hyundai Tiburon, Pontiac GTO, and Chrysler Sebring. It’s targeted at new-car buyers that want a classic American muscle car with the amenities of a modern vehicle. 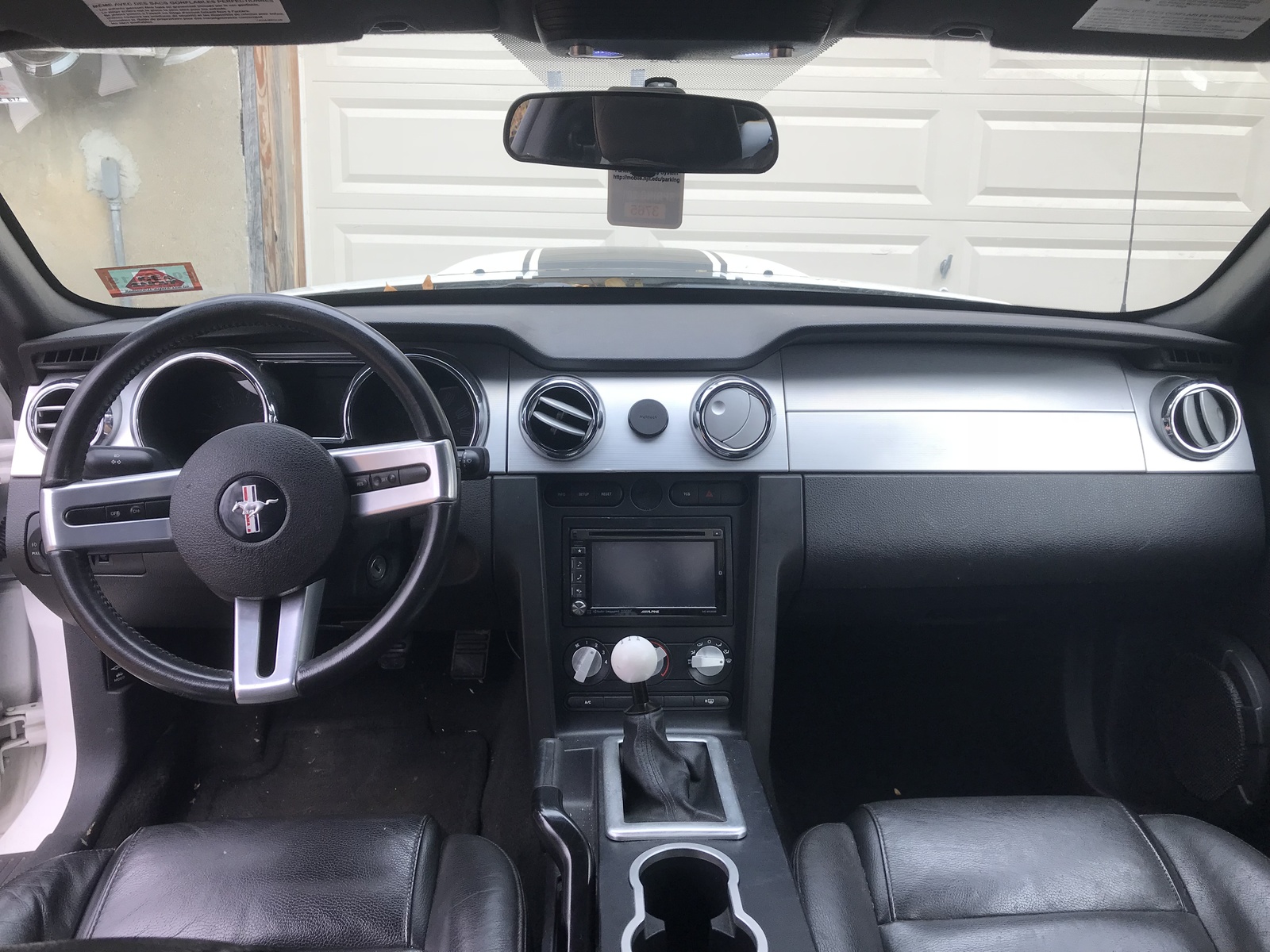 The Mustang’s 2005 redesign brought it back to its roots. The latest Mustang style harkens back to a time when this Ford "pony car" was king of the road and nobody else had a clue. A long hood and elevated rear deck lid highlight its profile, while several other “Easter eggs” are scattered throughout the car’s interior and exterior.

Inside, the Mustang’s cabin is unashamed of its throwback intentions. The front seats are split into two distinct areas, and the driver’s side is dominated by an old-school three-spoke steering wheel, vintage-inspired round gauges, and a cockpit that would look much more at home in the 1960s than in 2006. 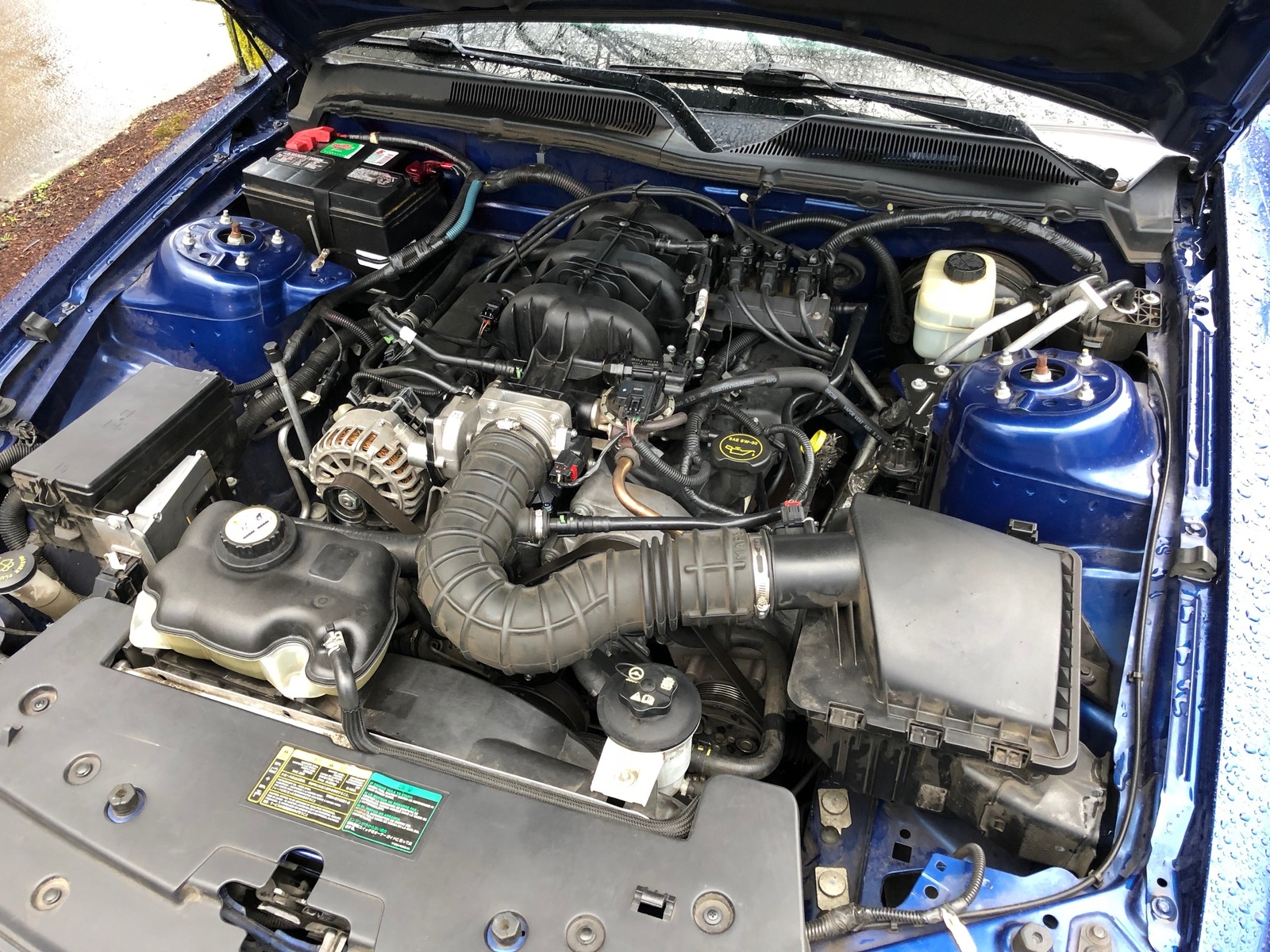 With this latest iteration, Ford has improved many of the previous-generation Mustang’s weaknesses. The V6 is an advanced engine that is flexible enough to stand up to a variety of situations, from hauling groceries around town to hauling tail through curvy mountain roads. The V8 features variable camshaft timing and electronic throttle control that help it save fuel and produce tremendous power.

Where previous Mustangs fell down at the first sign of a curve, the new car is much more composed and controlled. It’s got a longer wheelbase than previous models and the rear suspension is all-new, with coil springs and a three-link design (but still with a solid rear axle). The new setup reduces instability and the typical bouncy rear end over rough roads. 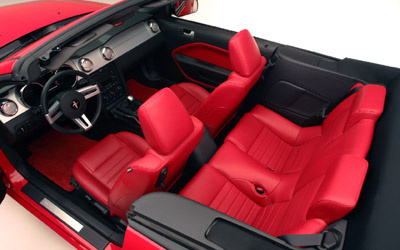 The Mustang has gotten bigger over the years, but Ford has managed to put that extra space to good use in the car’s interior. The front seats feature more leg, hip, and shoulder room than before. The front buckets are supportive and hold backsides firmly in place when driving spiritedly. The back seat, however, is not a good choice for anyone but children, and even car seats will be difficult to squeeze in.

Despite its lack of back-seat space, the Mustang at least offers a healthy dose of trunk space. Folding rear seats open the space up even further, but the convertible top cuts into the cargo area to a high degree. 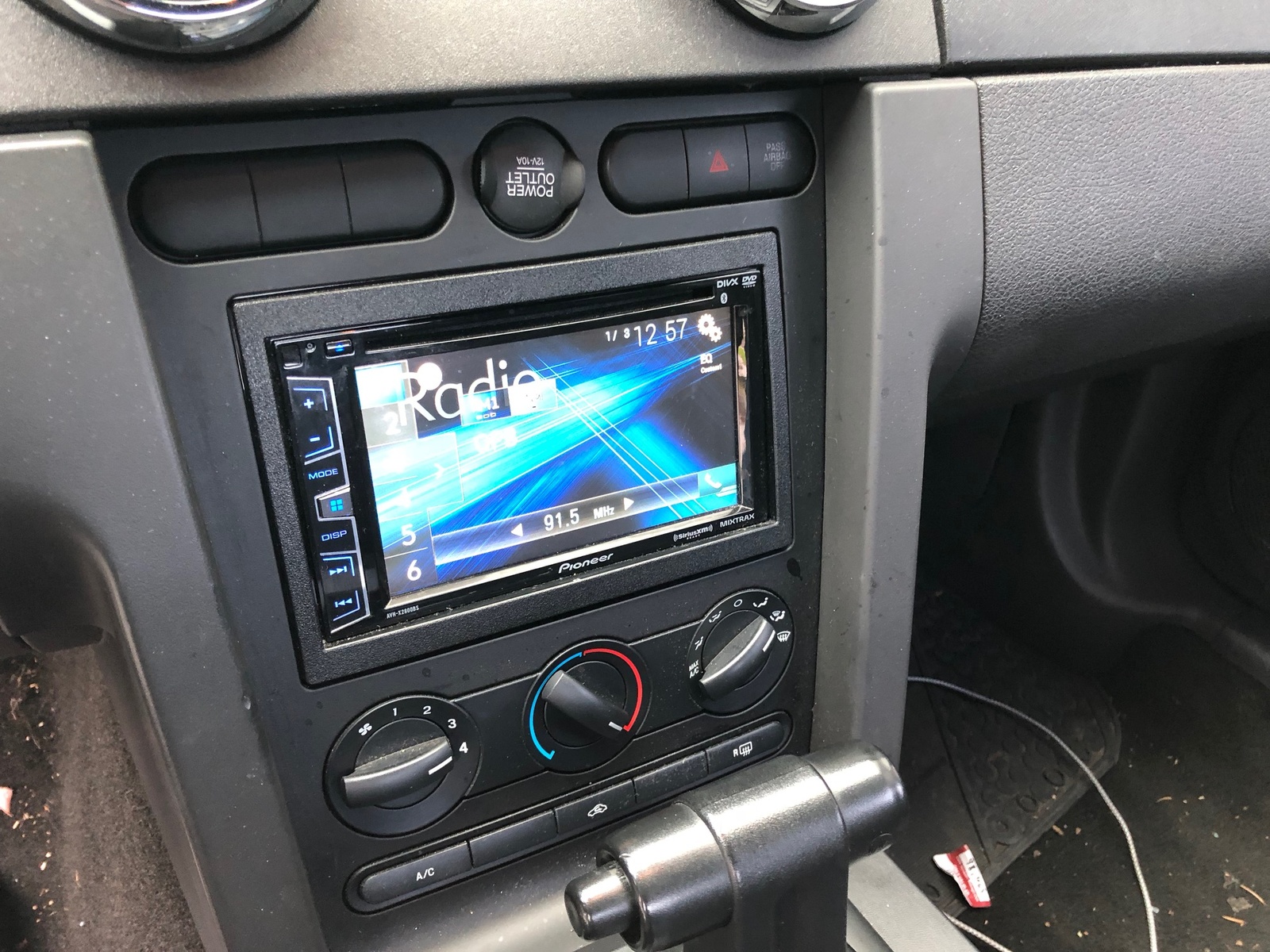 Standard tech includes one-touch power windows, power mirrors and door locks, air conditioning a keyless entry system, an AM/FM stereo with CD player, and speed control. Available features include a 500-watt premium audio system, a six-disc CD changer, and MP3 capabilities. One major benefit of the Mustang’s feature offerings is that they can be added as standalone options or as part of options packages. Both V6 models and V8 models can be upgraded with features not offered as standard kit. 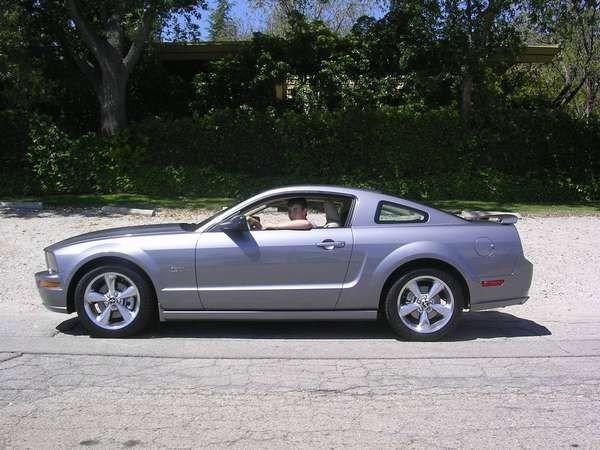 The Mustang’s crash test scores leave more than a little to be desired. The Insurance Institute for Highway Safety (IIHS) rated it "acceptable" for moderate overlap front crashworthiness, but gave it a "poor" score for its head restraints and seats. The National Highway Traffic Safety Administration (NHTSA) gave the Mustang five stars in frontal crash testing, four stars in side crash tests, and five stars for rollover resistance. 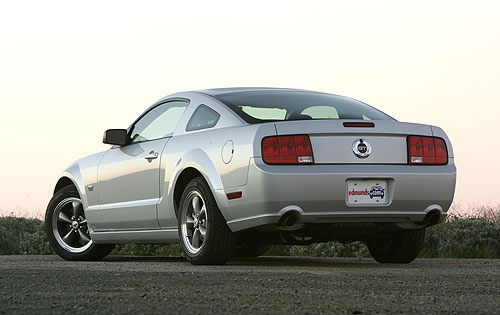 The Mustang offers a low bar of entry to a true American sports car. The base model’s starting price of $19,115 buys a basic car with few amenities, but it’s still a Mustang and it still looks the part, even if it’s not the uprated GT trim. At the top end, the ‘Stang reaches an MSRP of nearly $30,000, but that money buys a Mustang convertible with a rowdy V8 engine. There’s really no way to go wrong with the Mustang, and the car’s recent improvements have made it more worthy of its price tag than ever before.

Erik Beautiful,masculine body style and old school feel,enough power to do something to some body

Users ranked 2006 Ford Mustang against other cars which they drove/owned. Each ranking was based on 9 categories. Here is the summary of top rankings.

Have you driven a 2006 Ford Mustang?
Rank This Car

Okay, I have owned my 2006 Mustang since September of 2005. It was my first car, I still own it, and it is an every day driver. It has always been outside - never garage kept (I've lived in places w...

I was an engine builder years ago, way before the automakers decided to screw up our cars with all this computer crap and interference piston/valve train designs. That said, with the 2006 Ford V6 is ...

Ok, I own a 2006 Mustang GT. I've owned the car since new and have now replaced the battery for the second time! It only has 34.000 KM, nothing has been changed, or modified. Is anyone else having th...

I have a 2006 mustang with 4.0 I changed serpentine belt and now she won't start she crank but won't turn over battery is good everything's good I don't understand

How Much Is My California Edition Mustang Worth?

I have a 2006 California Edition Mustang. We bought it straight off the lot in 2005. I know some people have said it’s not worth too much mainly because it’s not a GT, but out of curiosity, I was ...