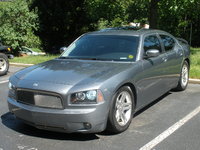 Dodge has brought the Charger nameplate back in the form of a full-size sedan, but can it live up to its legendary legacy? 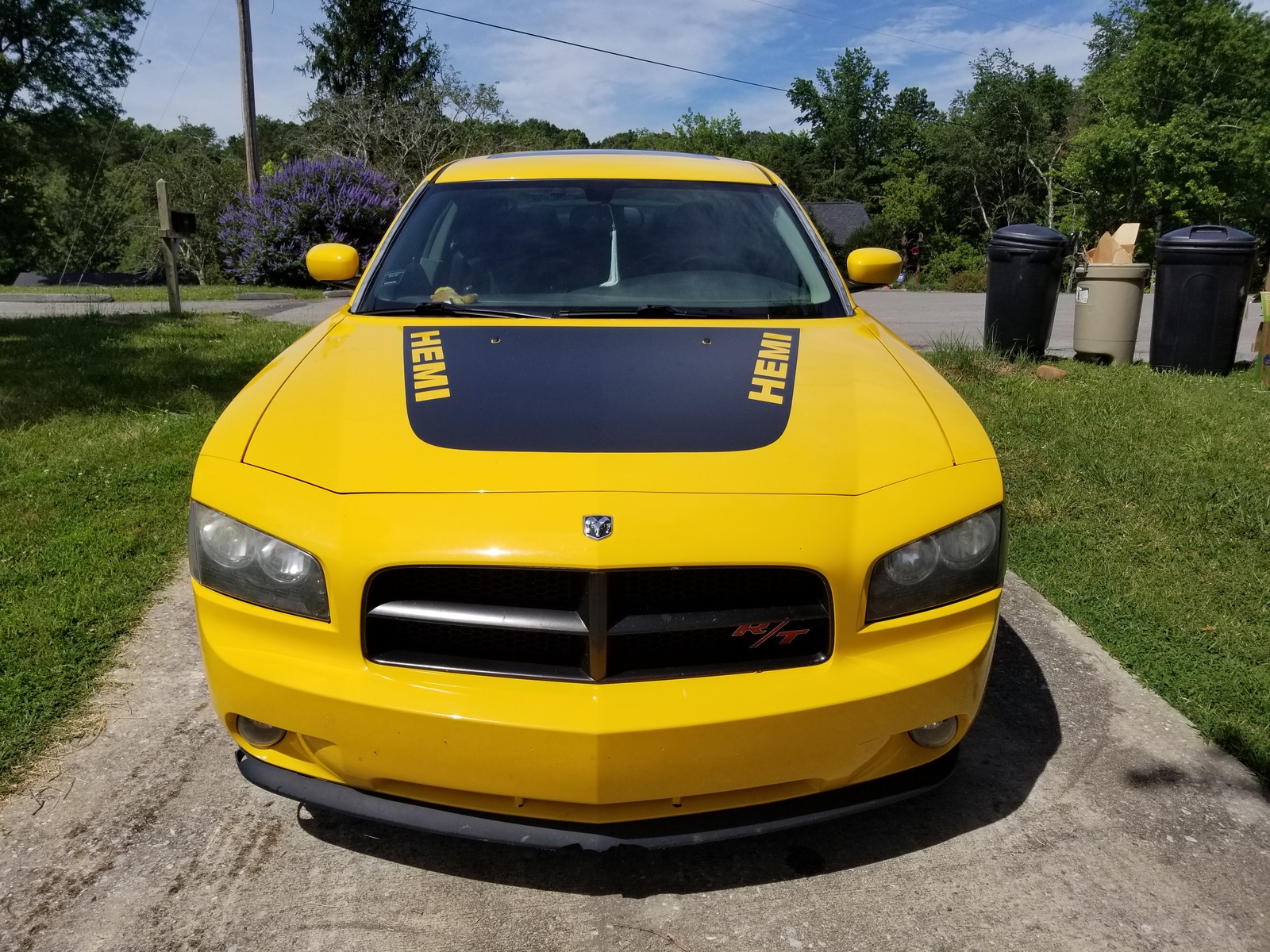 After a nearly 20-year hiatus, the Charger returns to Dodge’s lineup, this time as a full-size sedan instead of the sporty-but-large coupe we saw last in the late 1980s. The 2006 Charger has muscular lines and Dodge’s signature bullseye grille. There a couple of engine choices, including a 6.1-liter Hemi V8 that produces up to 425 horsepower and 420 pound-feet of torque. The Charger is muscular and exciting in its sportier trims, but can it compete in a world where fuel economy and space are at a premium? 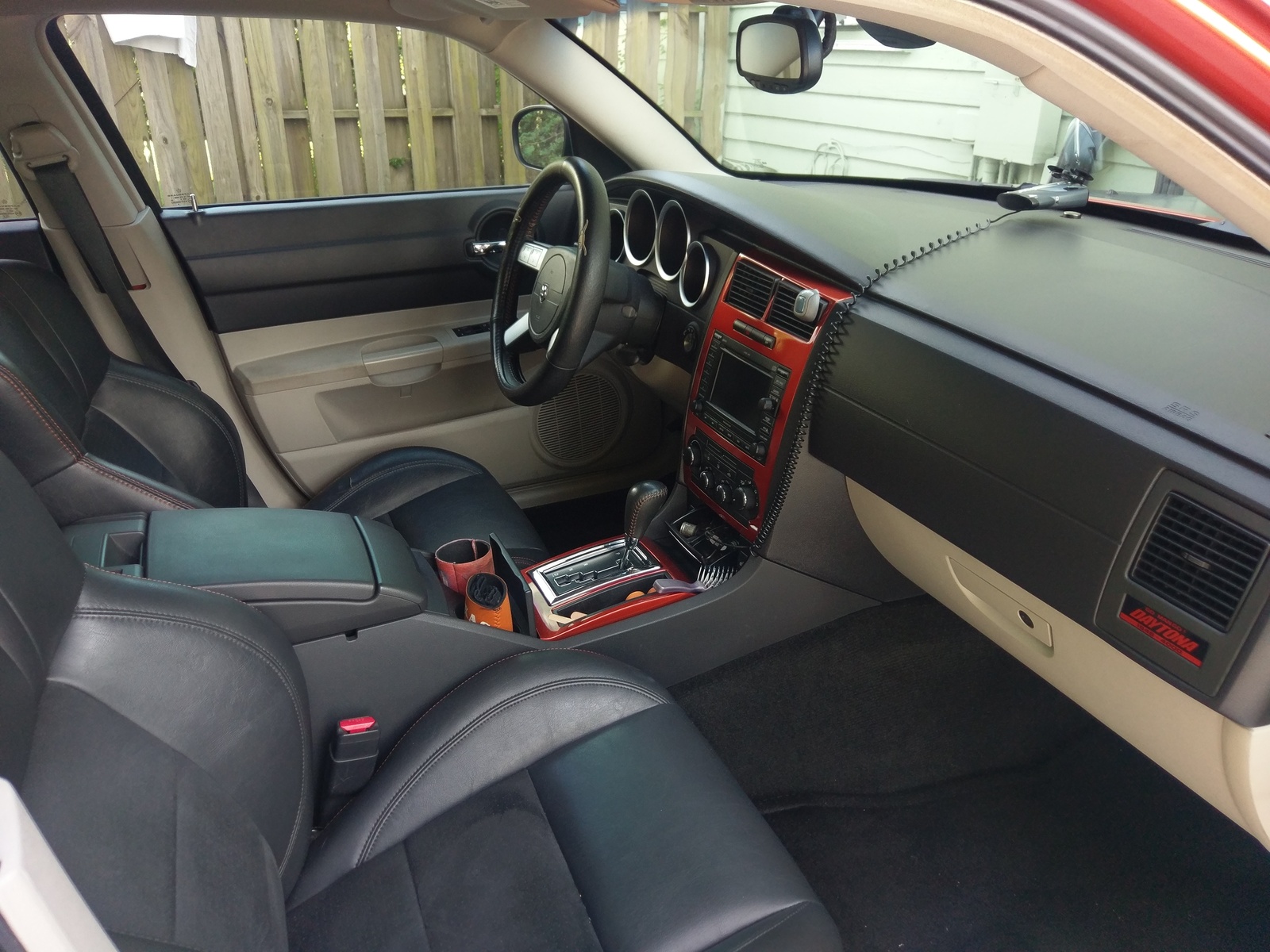 The last time we saw a Dodge Charger was in the late 1980s, and by that point, the car had evolved into a boxy subcompact hatchback. The new Charger is completely different and much more muscular than when we last saw it. Though it’s a full-size car, Dodge has managed to make the Charger look somewhat sporty with long lines, smooth curves, and a retro-future style that works well on the large sedan.

Inside, there’s room to spare, and the Charger’s sparsely populated cabin adds to the feeling of openness and space. Dodge has added some retro-inspired touches to the Charger’s cockpit, with a four-spoke steering wheel and separate gauges in the instrument cluster. There’s a good deal of plastic in the expansive center stack, but the controls are easy to read and sensibly laid out. Backseat passengers are treated to acres of room but not much else, as the Charger is lacking in the accessory department back there. A fold-down armrest and window controls are the only accents in an otherwise blank backseat. 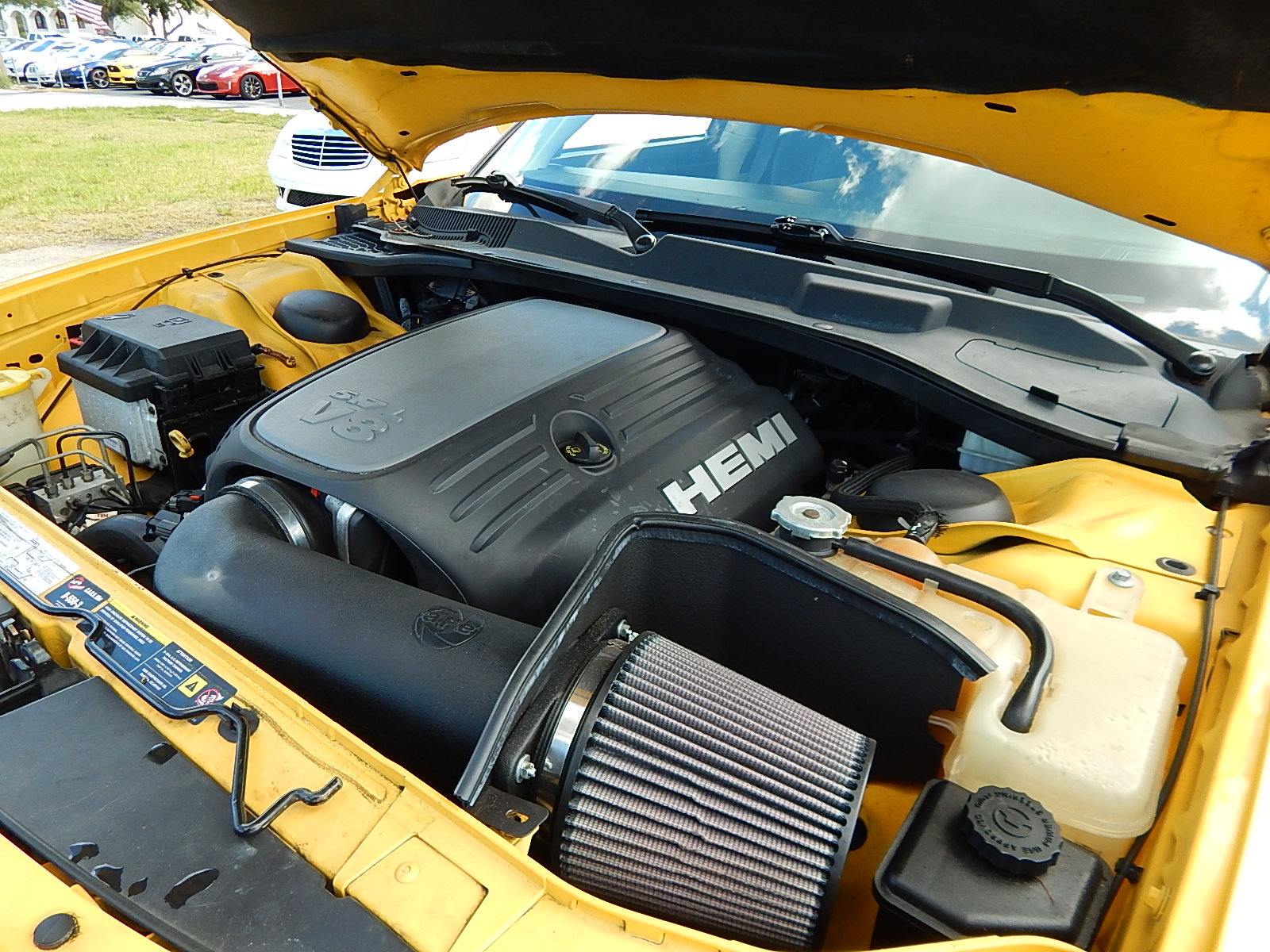 Even the more pedestrian versions of the car feel quick, thanks to the Chrysler-sourced 3.5-liter V6 engine. It produces 250 horsepower and 250 pound-feet of torque. The V6 is quiet and refined but can provide a healthy punch when pushed. All versions of the Charger come with an automatic transmission. 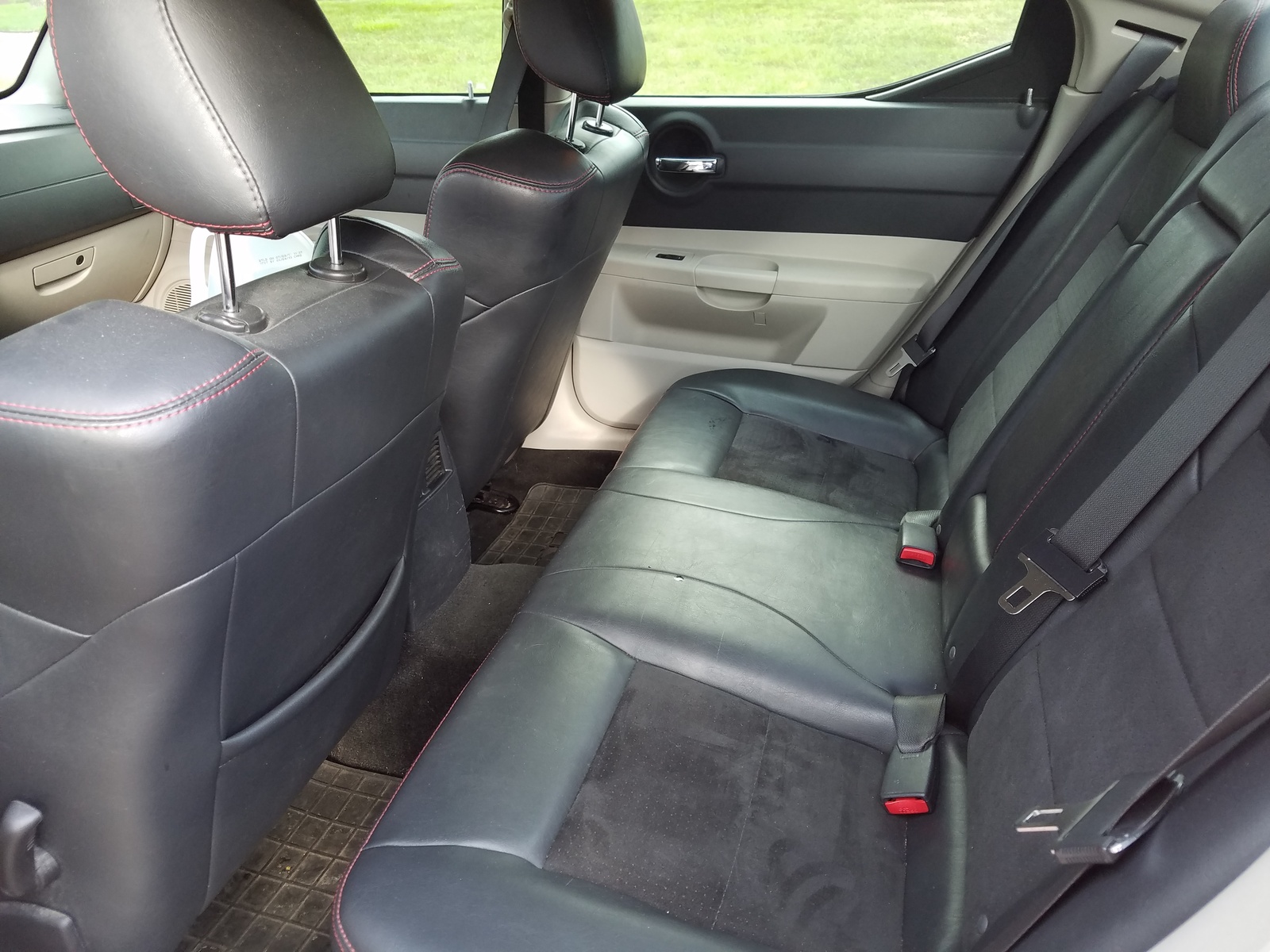 The Charger is a big car, there’s no way around that fact. But Dodge has made use of all that real estate to keep everyone comfortable in the car’s cabin. Nearly 42 inches of front legroom and over 56 inches of hip-room is more than enough for the tallest and largest passengers, and though the seat adjustments are manual in the lower trim levels, there is still a high enough level of movement to accommodate most people. Dodge made good use of all that real estate with plenty of small-item storage and large spaces in the center console, glove box, and door panels.

Because of its size, the Charger may not be the best choice for people living in tight urban areas, and its 120-inch wheelbase makes tight turns difficult. That said, people wanting cargo space that absolutely have to have a car over a utility vehicle will be well served by the Charger’s cavernous 16.2 cubic feet of storage. 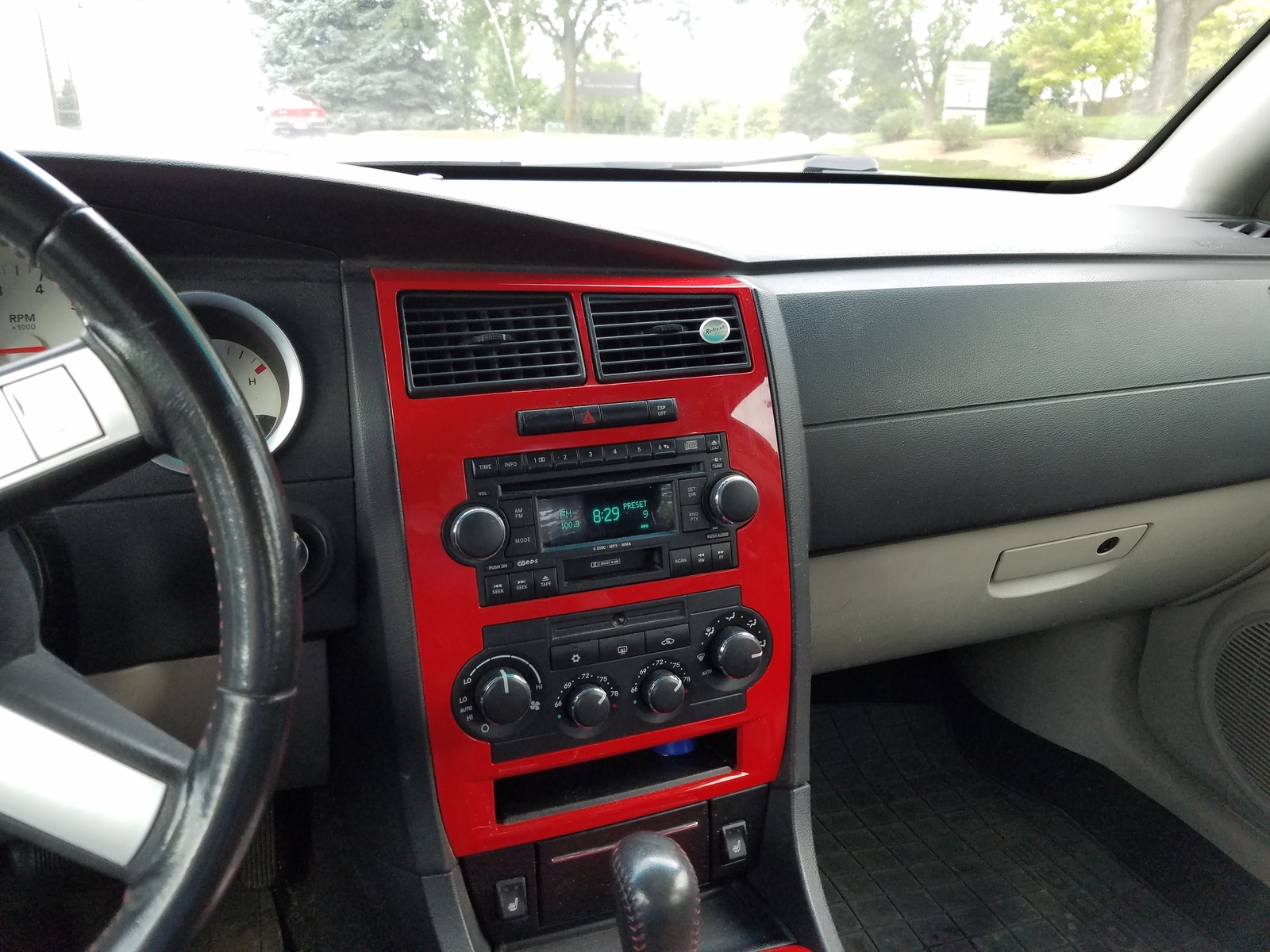 The Charger comes standard with an AM/FM stereo and a four-speaker audio system. It can be upgraded in a number of ways, such as with satellite radio. There is also an optional, upgraded stereo, DVD navigation, and a video entertainment system. Sirius Satellite Radio and Uconnect hands-free Bluetooth mobile phone connections are also available. 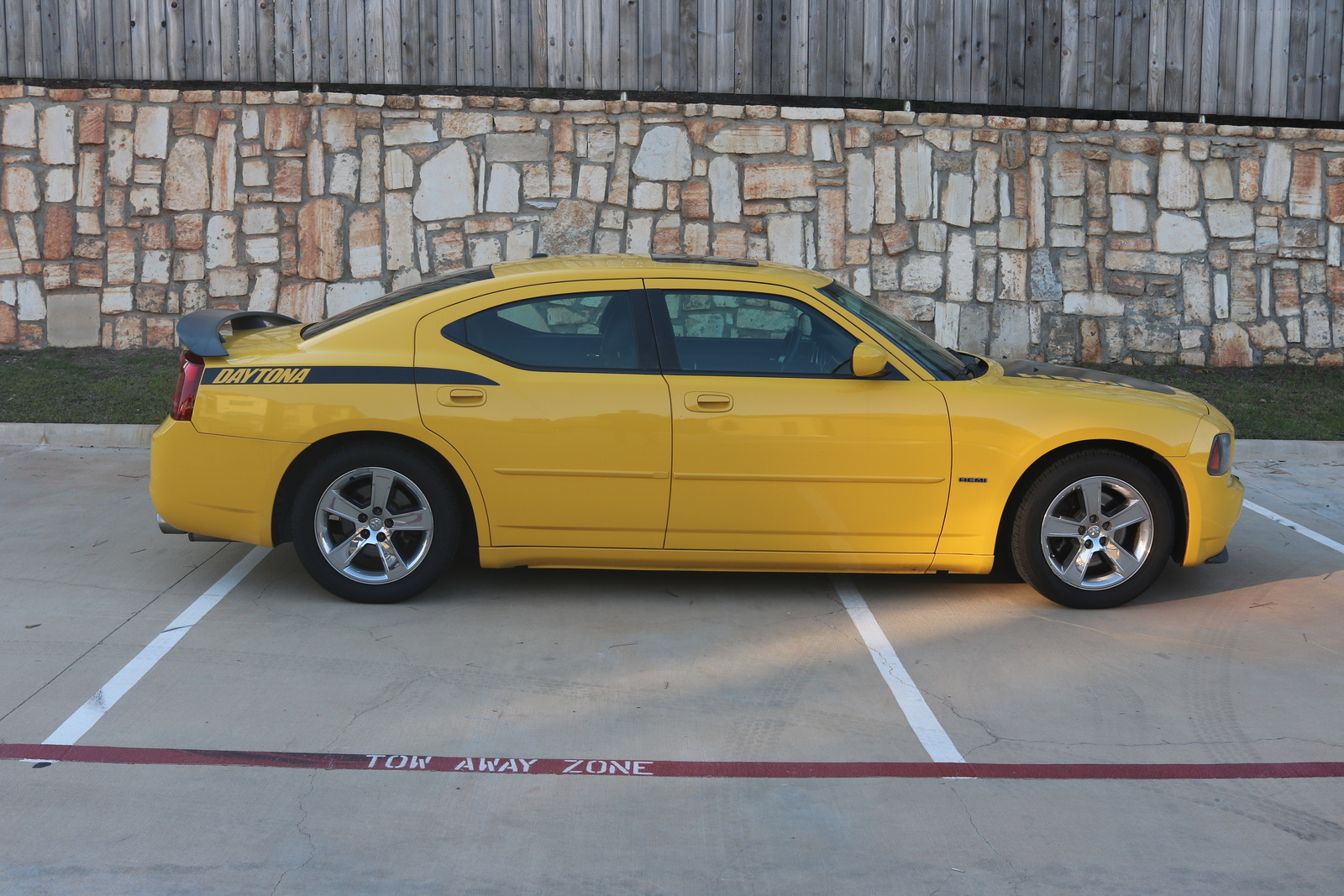 Standard safety equipment includes anti-lock brakes, electronic stability control, and an energy-absorbing steering column. Crash testing agencies rated the Charger “Marginal” in side- and head-restraint crashworthiness and “Poor” for side impacts without the optional airbag system. 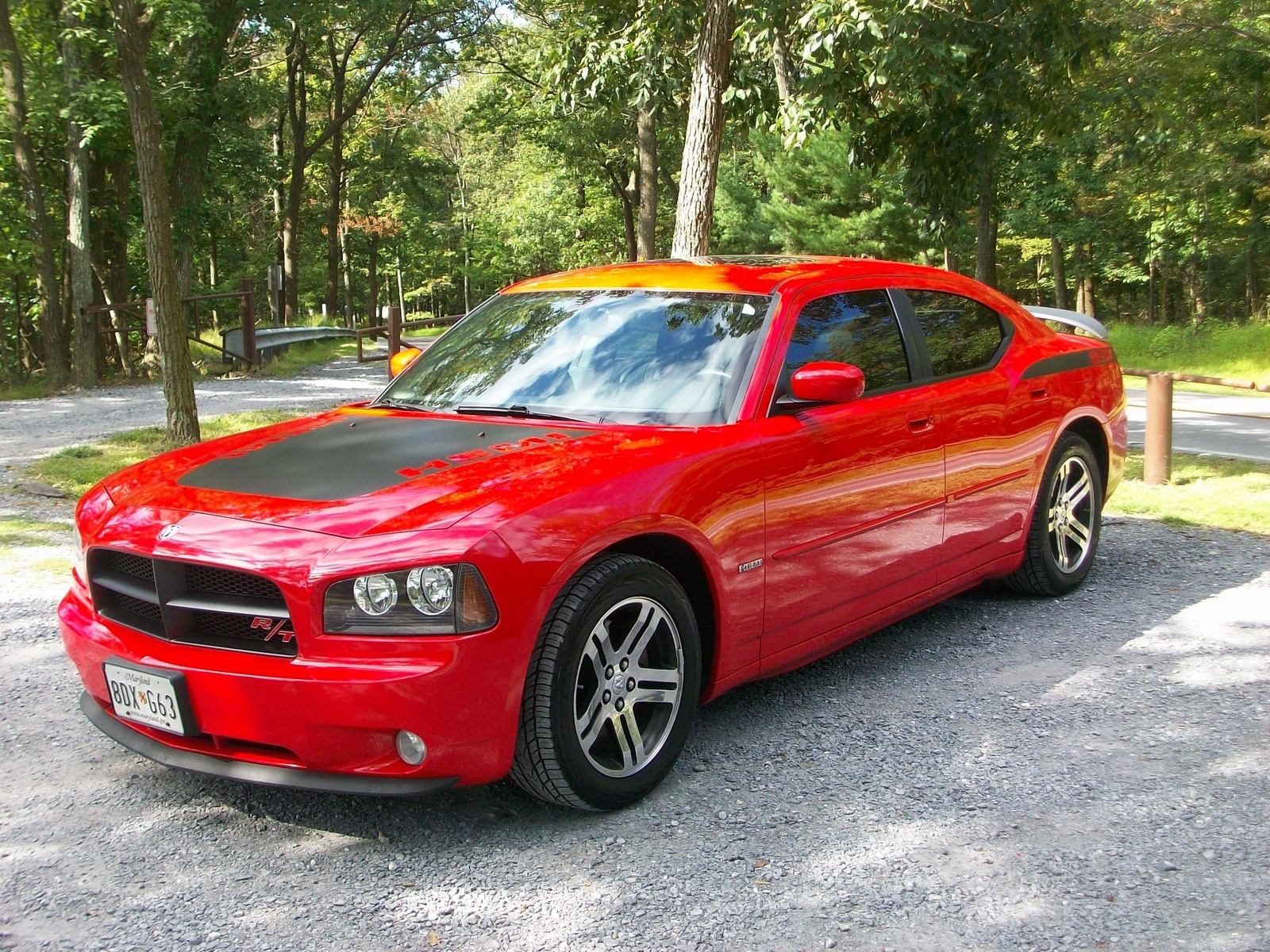 A bare-bones Charger will set you back $22,570 before tax and destination charges. That’s not that much money for a car that can carry the entire family. Full-size sedans are becoming increasingly scarce in a fuel-economy-obsessed world, so the Dodge’s competition like the Ford Five Hundred and the Buick LaCrosse lack the attitude that the Charger has, although at least the Ford is priced similarly. A fully-loaded Charger SRT8 still costs far less than $40,000, which is a whole lot of American muscle car for the money.

GalaxyHunter Listen im not going to give you a straight response, im going to give you a questions instead. Do you want a car to be affordable, reliable and have space for a family of 4. Ps the MPG isn’t the best compared to its price match competitors but “dang you will look like a Man driving this car. Also get the RT if your looking for power.

Users ranked 2006 Dodge Charger against other cars which they drove/owned. Each ranking was based on 9 categories. Here is the summary of top rankings.

Have you driven a 2006 Dodge Charger?
Rank This Car

2006 dodge charger 5.7 v8 engine engine will turn over but not stay running. What could it be?

I have an annoying dilema,my 2006 2.7 dodge charger cranks but wont start. If i spray a little starter fluid it will turn on and run fine. But then if its parked for a little bit n try to turn on ,...

2006 charger, overheats and causes the antifreeze to get boiling hot and spills over. We changed the thermostat, replace the water pump, plus belt. But the same problem keeps happening. What's wrong?

I need clear input on exact location of coolant temp sensor on my 06 dodge charger 5.7 some say it's located behind throttle body and which on my engine there is a sensor there others say it behind...

I have a 2006 Dodge charger rt that keeps stalling out. I know about the "over filling of gas tank", I was having that problem too, I just don't fill all the way up anymore. This is a different prob...