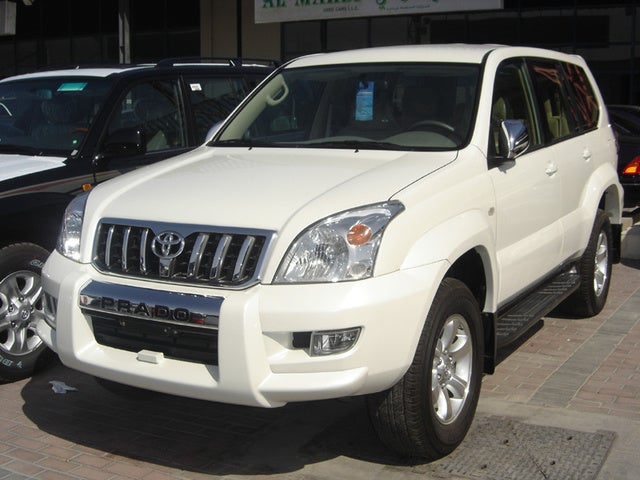 Have you driven a 2005 Toyota Land Cruiser Prado?
Rank This Car

Good For A Small Family By Ahmad

nice car good for a small family reliable and good pretty slow and it's pretty big you can go off road snow hell even on the large sidewalk its pretty fun to drive but the steering wheel is to hea... Read More

If I have to buy another toyota, it will be a newer model of toyota landcruizer prado vx ... It just feels good behind the wheels . Fuel consumption is a bit high but that's not a problem with me . Go... Read More

Rough And Tough, And Elegant All In One Package. By Alex

Big wheels and a sturdy frame make this car ideal for any environment. Classy enough to take out on those all important dinner dates and with the Toyota engineering, it just keeps going and going. W... Read More

Fun to drive. Sit upright and high above ground, get a very commanding view of the road - good visibility. Power is adequate. Handles like how a 4x4 should. Does not feel nice to drive fast in. A... Read More

Have you driven a 2005 Toyota Land Cruiser Prado?
Rank Your Car →