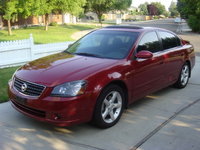 Interior upgrades and a sporty SE-R model add to the appeal for Nissan's popular sedan. 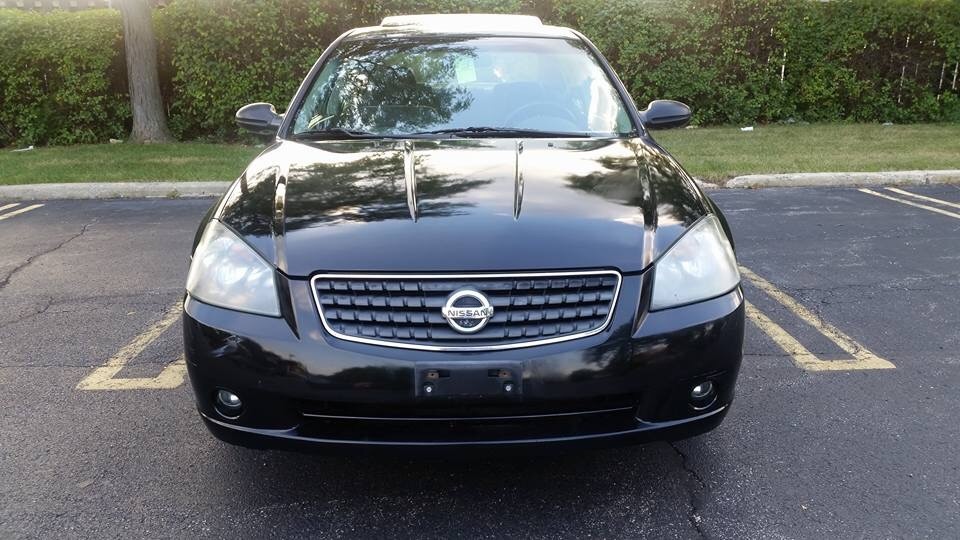 This year marks the biggest change for Nissan's once-compact sedan, the Altima. It now becomes a true midsize car, with massive jumps in interior space and cargo room. For 2005, the Altima added a sporty SE-R trim with a more powerful V6 engine and a 6-speed manual transmission. Nissan also put in higher-quality interior trimmings for all models. 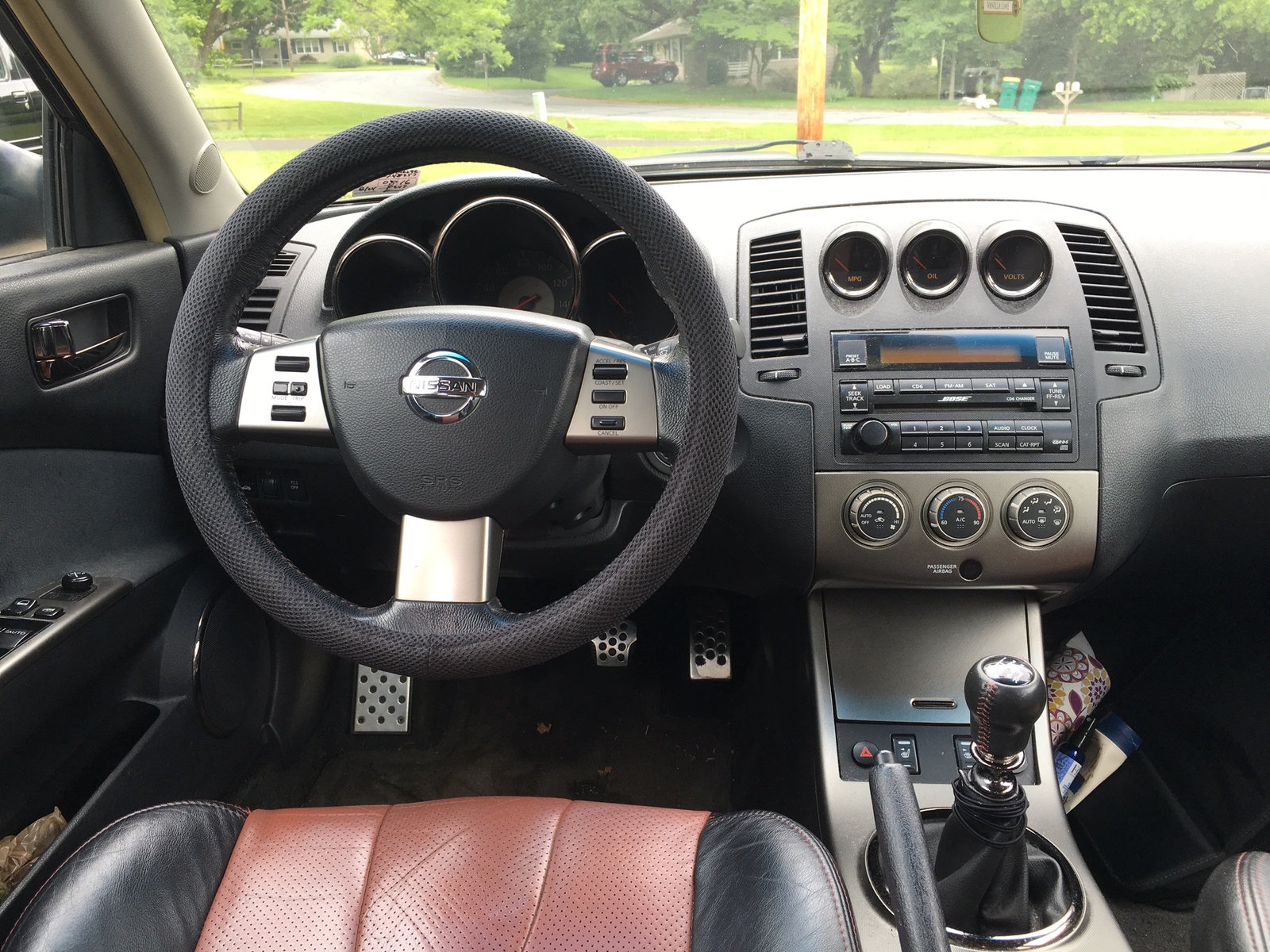 For 2005, Nissan reshaped the front grille and made the yellow turn signals red on the double-round taillights, which are arguably the Altima's most interesting design element. It's not as elegant and sporty as the Subaru Legacy, but next to a Ford Five Hundred or a Chevrolet Malibu, the Altima is a knockout. The base models have black door handles and steel wheels, so be sure to upgrade for body-color and alloys. The new thinner, blacked-out textures on the grille modernize the Altima from the older-fashioned, wide-slabbed design of the previous year.

On the SE-R, it's a party. The enlarged lower air intake, tinted black headlights, and forged 18-inch wheels with silver brake calipers look like they've been lifted off the 350Z sports car. Inside, there's hip-hugging sport seats and a trio of auxiliary gauges on the dash. But regular Altima models also benefit from improved quality finishes and materials. Previous Altima models from this generation had harder, uglier plastics. 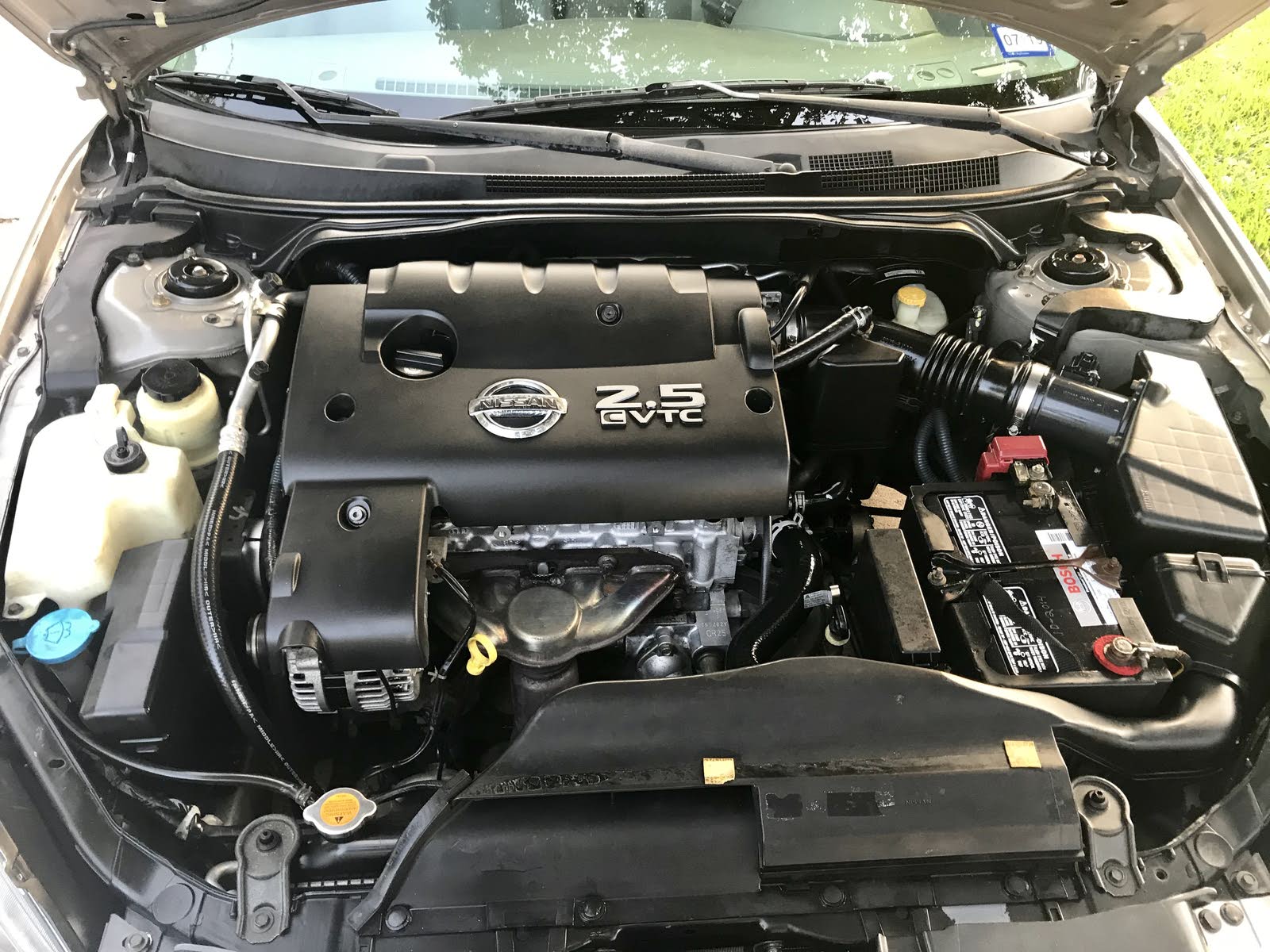 Nissan's 2.5-liter 4-cylinder engine makes 175 horsepower and 180 pound-feet of torque. You'll find a 4-speed automatic transmission with occasional rough shifts on cars with this engine, although a 5-speed manual is standard on base models. For most drivers, the 4-cylinder with the automatic will be just fine, though the engine is noisy and loses thrust in mid-range acceleration.

Choose the 3.5-liter V6 on upper trims and you'll be delighted. Plus, you'll get an extra gear—a 5-speed automatic. With 250 hp and 249 lb-ft, the Altima is almost a different car with this powertrain, even though front-wheel drive is the only option (and sometimes, all that power can overwhelm the tires). The SE-R has a 6-speed manual as standard, and the engine increases output by 10 hp and 2 lb-ft, in addition to stiffening the suspension. While it's not a true sport sedan like a BMW 3 Series, the Altima SE-R was pretty aggressive and fun to drive for an average family sedan. It improves the Altima's handling tremendously.

Fuel economy for most Altima models (4-cylinder auto) is an EPA-estimated 21 mpg city, 27 mpg highway, and 23 mpg combined. With the manual, the 4-cylinder is slightly more efficient at 21/29/24. The V6 isn't much thirstier if you drive calmly, at 18/28/21. But the SE-R drinks the most, knocking 2 mpg off the normal V6 highway figure. 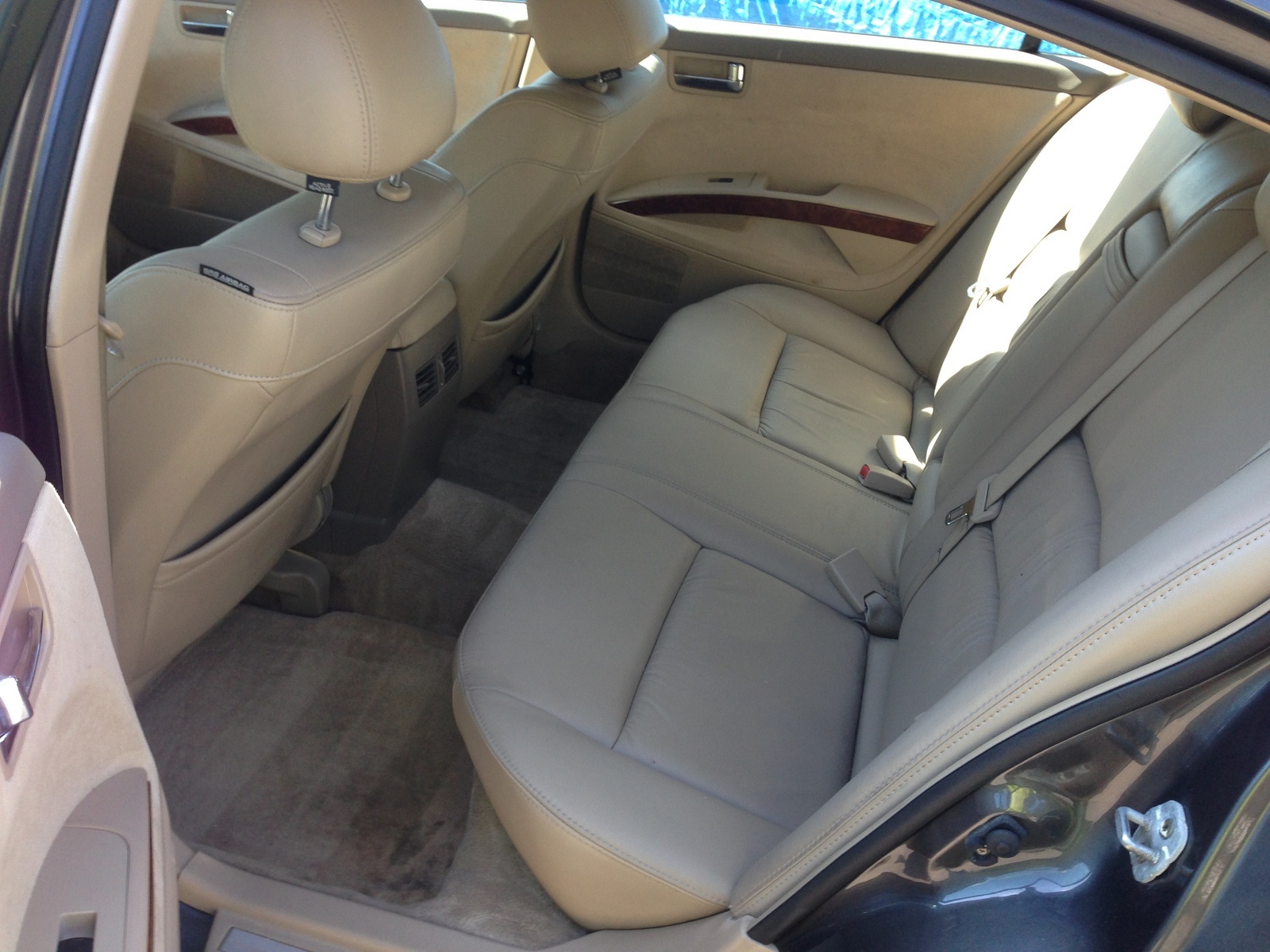 Large windows, a low beltline, and a supportive driver's seat with tilt/telescoping steering wheel make it easy to get comfortable. A 60/40 split-folding backseat is standard, with roughly 16 cubic feet of storage in the trunk. Rear legroom and headroom are especially generous, and it's easy to climb into the Altima thanks to wide-opening doors.

Cabin storage is also good, with hidden cubbies in the dash (below the climate control and above the audio controls). Upper trims also feature controls for the stereo and cruise control on the steering wheel spokes. However, the gated shifter pattern isn't as easy to use. 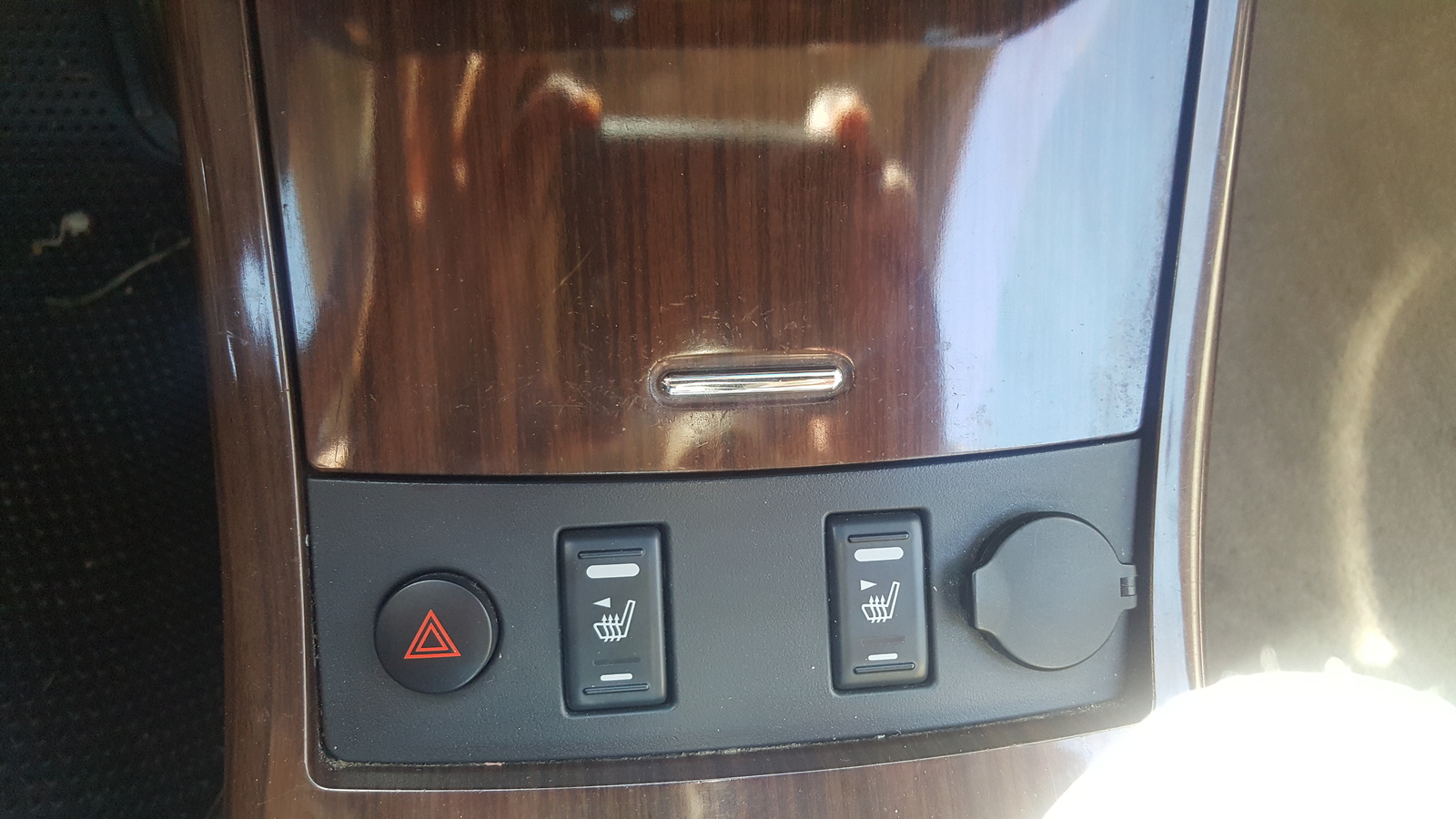 The 2005 Altima added a DVD navigation system as an option. Power windows come standard, but air conditioning is optional, so avoid the base model. You'll want the power moonroof, automatic headlights, and the Bose stereo, too. The SL and SE-R come standard with bright xenon headlights that were a rarity on cars from this era. Keyless entry is standard on the S. 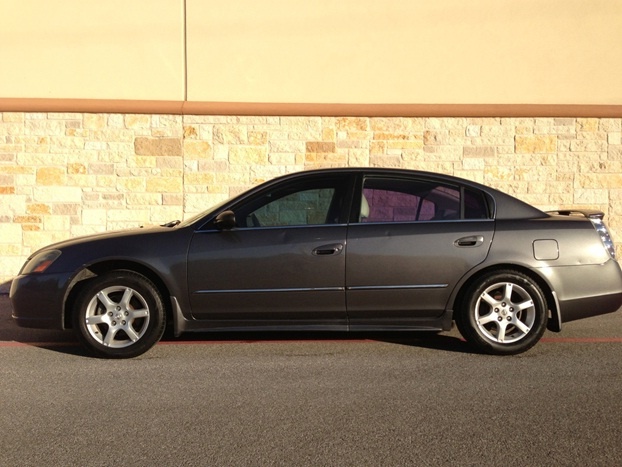 Anti-lock brakes are still only optional on the 2005 Altima. Also available are front-side airbags and front- and rear-curtain airbags. Without these features, the Altima rates Poor for the Insurance Institute for Highway Safety's (IIHS) side-crash test. It only received three out of five stars for a similar test by the National Highway Traffic Safety Administration (NHTSA), but five stars in a frontal crash test. While traction control is optional, stability control is not offered. 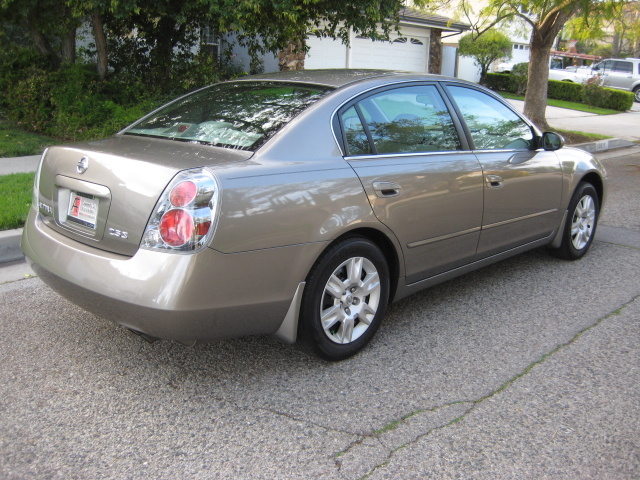 For a roomy sedan that rides well, returns decent fuel economy, and is priced competitively, there's a lot to like with the 2005 Altima. The V6 models with more options have the greatest value, as they deliver more comfort and amenities—and power—for not much more money, especially as this car has aged. Base MSRPs run from $18,030 to $29,930.

Users ranked 2005 Nissan Altima against other cars which they drove/owned. Each ranking was based on 9 categories. Here is the summary of top rankings.

Have you driven a 2005 Nissan Altima?
Rank This Car

Why Is The Key Stuck In The Awitch?

Car was running. Cut off and key will not come out steering will not lock. Car will not restart.

Car Will Not Accelerate While In Drive Or Reverse

I have a 2005 Nissan Altima it's been driving just fine until the other day ago well I was driving it out of nowhere I tried to accelerate and there's no power it did not go I push the pedal always...

Problem With Replacing A Door Handle

i have a problem well replacing my passager side door handle,when unscrewing the bolt it broke off the handle now i tried everything i could think of to get the bolt and nut off anyone have any ide...

Where is the fuse for the security alarm. I don't see any such fuse marked in either fuse box. Factory alarm.

no signal to coil i feel like its a eletrical problem