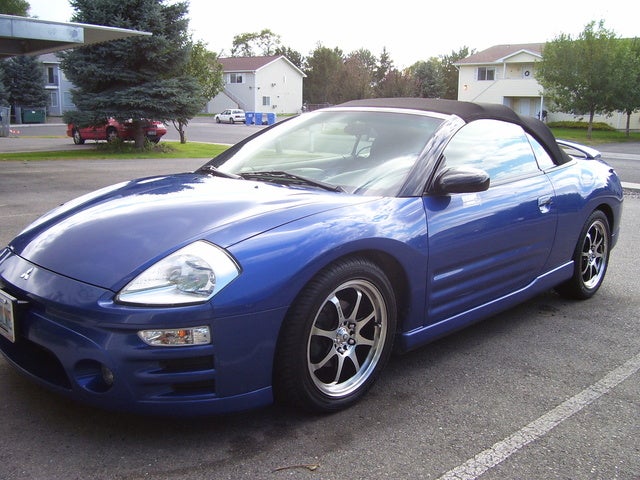 Have you driven a 2005 Mitsubishi Eclipse Spyder?
Rank This Car

Great car to drive. Love the way it hanles. It's stylish in performance. Nice sound system. Great pick up and go. Just bought the car in October, 2010. Looking forward to many years with this au... Read More

This is a Fun car to drive, and the right price! Read More

Love My Spyder Gt! By tamiladarling

Fun in the Sun driving! I've always want a convertible and quite honestly any drop top car would have made me relatively happy. However, I researched for several months to determine what I wanted. ... Read More

It’s an older car with that you have issues that will come up. Noting that you can not fix. But over all it’s a solid car. Read More

Fantastic body lines, a lot of car for the money. And exquisite exotic car presence at a budget friendly price. Read More

Had mine since 2008 (after 1 year lease). It has been superbly reliable, with low running and maintenance costs. Its not the fastest (would have liked GT engine) but it handles very well. Twice Ive... Read More

I love this car it is fun easy to drive. Read More

Nice Car, For Someone Who Only Needs Something Small And Sporty, And Has A Garage To Keep It In. By Lisa

Pretty good power with the V6 engine. Hasn't needed much in repairs other than regular maintenance and upkeep, aside from a leaking rear window (notorious Spyder flaw for this generation from what I... Read More 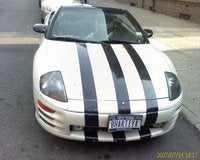 Have you driven a 2005 Mitsubishi Eclipse Spyder?
Rank Your Car →