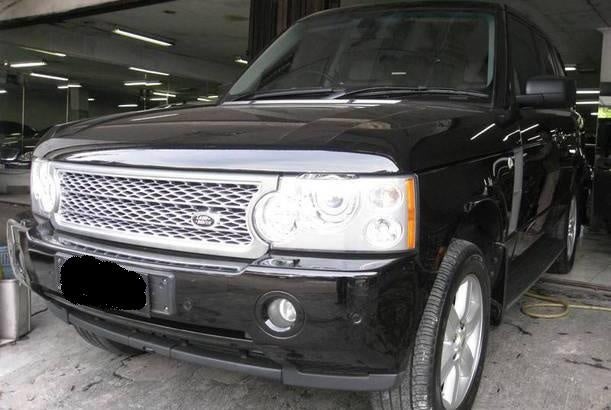 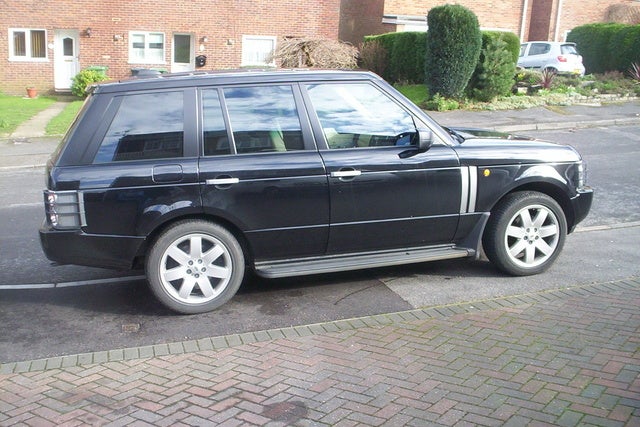 A fully redesigned Range Rover in 2003, and steady improvements have continued in the following years. An antiquated and unreliable electrical system has been a common complaint with past models, but Land Rover, now under Ford, has addressed those issues. A new fiber optic system debuts in 2005, integrating the audio, phone, and navigation system. The new navigation system is DVD-based, and the LCD display has been replaced with a VGA screen. The harmon/kardon sound system is now 710 watts, and Bluetooth is also a new feature this year.

In 2005, Ford began to explore new engine options for the Range Rover, to fully dissolve the BMW connection. Ford eventually would look to its other British subsidiary, Jaguar, but these new engines would not appear until 2006. For now, the Range Rover continues with last year's 4.4 liter V-8. This engine supplies the 5379 pound SUV with 282 horsepower and 325 pound-feet of torque. The Range Rover will tow 7700 pounds, and achieve gas mileage of 12/16 mpg.

Only one very well-equipped trim level is offered this year, with a variety of new features. The 4x4 experience is enhanced by features like height-adjustable air suspension, electronic suspension control, descent control, the limited slip differential, and a new graphic display of 4WD information (wheel angle, suspension settings) is available to the driver through the VGA screen. Luxury items are also abundant. Standard features include a navigation system, leather upholstery, wood trim, rain sensing wipers, a premium harmon/kardon sound system, automatic multi-zone climate control and power/heated front seats with a memory function for the driver. Options include 14-way adjustable seats and a leather-trimmed dash.

What's your take on the 2005 Land Rover Range Rover?

Have you driven a 2005 Land Rover Range Rover?
Rank This Car

Where Is My Inertia Switch?

My Steerwheel Is Too Hard To Turn What Is The Problem

My steer is too hard to turn.

Does Anyone Know The Engine Life Expectancy For 2005 Land Rover LR3 That Ha...

My Hse Range Rover 2005 Is Leaking A Small Amount Of Cooliant Could This Ju...

Would like too know what would possible be the cost, or a suggestion

Found a 2005 RR for $6K that has 150K miles. What parts tend to go faulty on this year that I would ask the owner if they were replaced?