The Hyundai Elantra is one of the quickest, most comfortable cars in its segment while also coming in at a price point that undercuts its competition. 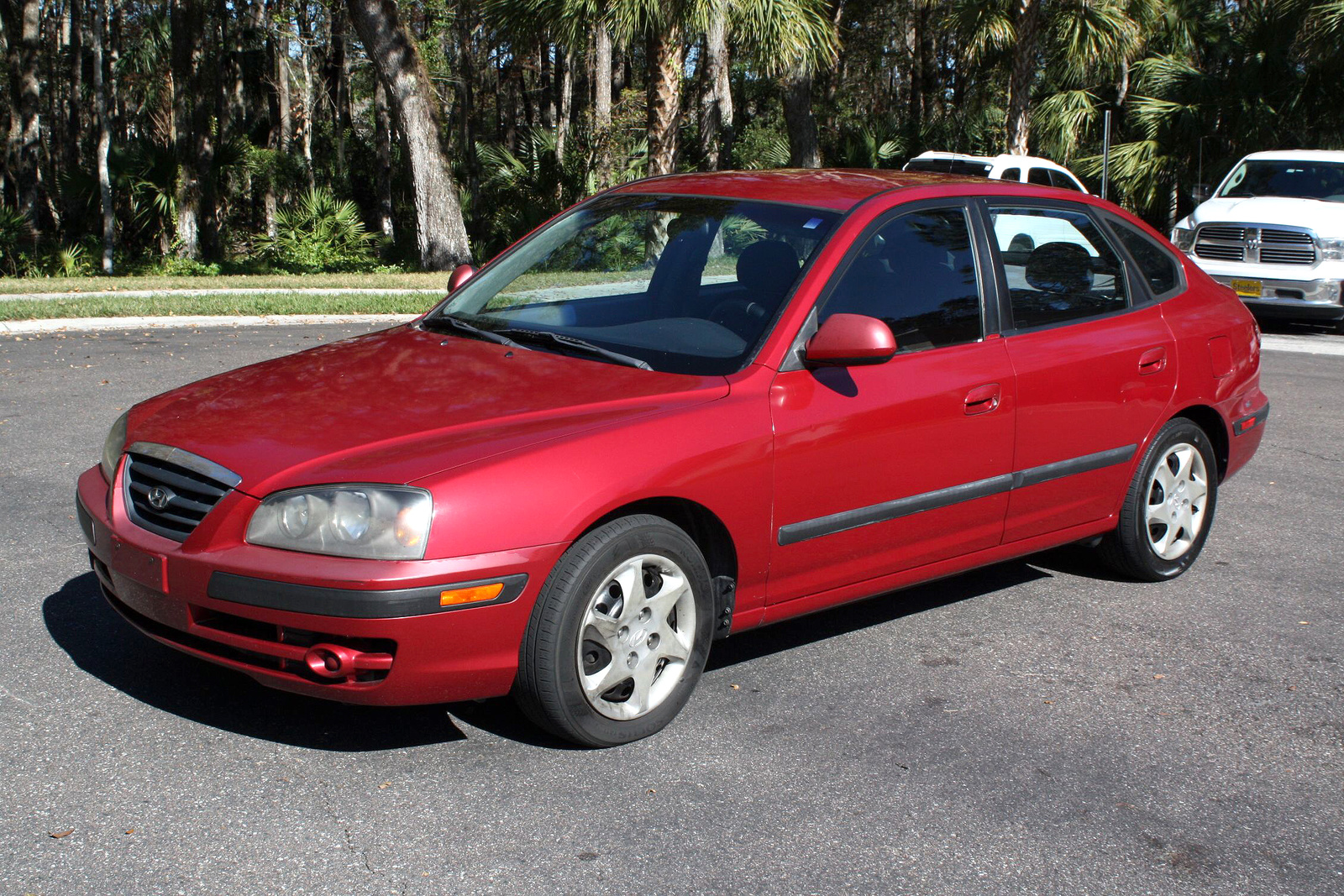 The Hyundai Elantra got a mid-cycle refresh two years ago, but it’s reaching a point where a complete overhaul is becoming necessary to keep it up to date. Even so, it wins on several fronts, from its price tag to its handsome styling. Hyundai also offers a longer warranty than almost any of its competition, and the Elantra is a winner on price, yet missteps on fuel economy and safety are worth noting.

The Elantra is offered as both a four-door sedan and a five-door hatchback. Each is available in two trims: GLS and GT.

No matter the setup, each version is powered by a 2.0-liter four-cylinder engine that produces 138 horsepower and 136 lb-ft of torque (cars sold in certain states get slightly less power due to emissions regulations). A manual transmission is standard, and an automatic can be added for $800.

The Hyundai Elantra is aimed at new car buyers that want a fun-to-drive subcompact car. It competes against the Honda Civic, Toyota Corolla, and Nissan Sentra. The Hyundai Elantra GT, with its premium interior and sport-tuned suspension, could almost be considered a competitor to the Volkswagen Golf and Golf GTI, which is high praise for the Korean vehicle. 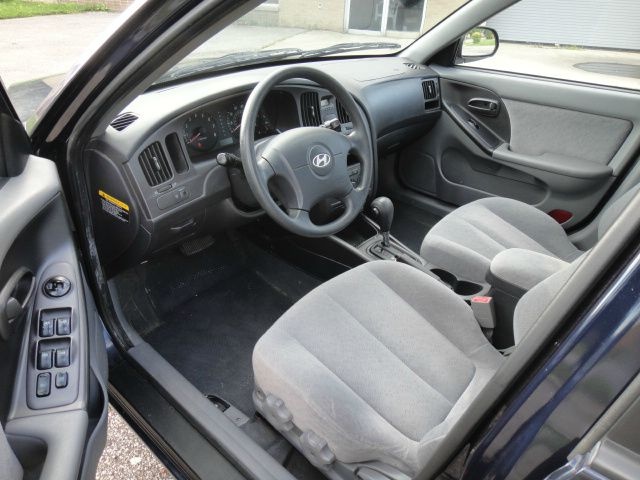 The Elantra’s smooth lines and uncomplicated styling are present in both body styles, though it’s the hatchback that pulls off a sporty stance. Both cars are the same from the front doors forward, but the hatchback’s gently sloping roof and large windows give it the appearance of being much larger than its sedan counterpart. The 2003 model year facelift brought larger vents up front to allow for better engine cooling, updated headlights, and a grille that is integrated with the bumper instead of the hood.

Despite its budget-car price tag and position in the market, the Elantra has an interior that matches up with cars costing far more. There’s very little in the way of cheap-feeling hard plastics, and the other materials throughout the cabin have an upscale appearance and feel. The front seats are excellent and offer a high degree of adjustability that accommodates a wide variety of body types. The overall feel of the interior is small but cozy. The hatchback’s interior is quiet, and the car’s construction feels solid, a departure from other budget five-doors that can rattle over every little bump in the road.

It’s hard to be out of reach in a car this small, but the Elantra’s controls are oriented well within reach of the driver and are easily visible. The rotary controls for climate settings are large and easy to use, while the gauge cluster’s clever purple lighting scheme makes it easy to see in most lighting conditions. 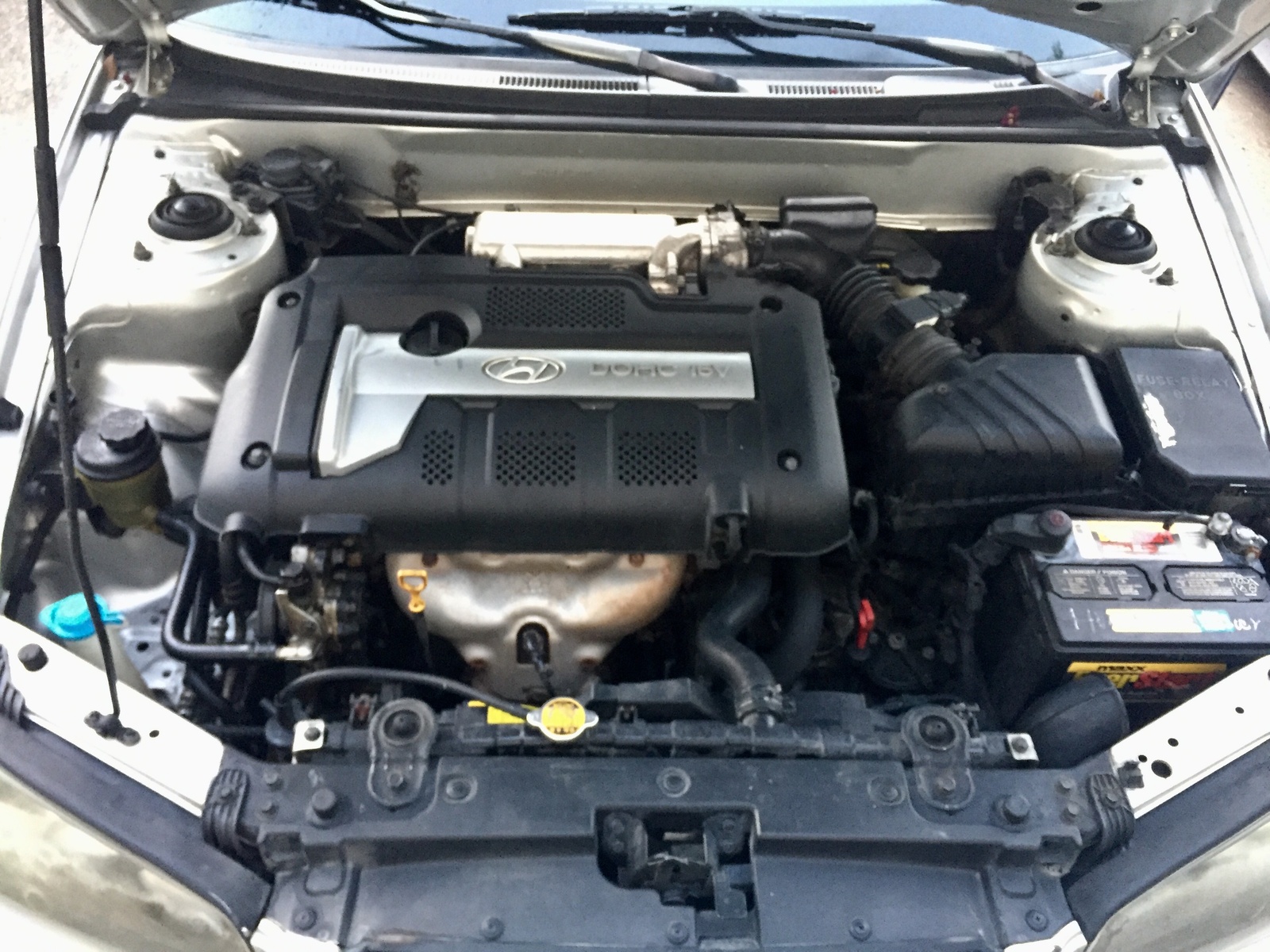 The Hyundai Elantra’s eight-second 0-60 mph time makes it sound slow, but that doesn’t tell the whole truth of the car’s driving experience. That number also doesn’t tell us how it drives against the competition, where it’s one of the quickest cars available.

The 2.0-liter engine provides more than enough power to pull quickly into traffic, and when pushed, the car feels downright sporty. That said, it takes a lot to get the best performance out of the Elantra. With a manual transmission, the engine will have to be held at higher RPM levels to deliver everything it’s capable of, and at that level, the entire drivetrain will be absolutely screaming. With the automatic transmission, it’s nearly impossible to get the engine into its peak power band and keep it there.

The Elantra has a wonderfully balanced and comfortable ride to go with its spunky powertrain. In GT form, it almost feels like a softer version of some popular German sport sedans, thanks to excellent steering and suspension. It’s a testament to the Elantra’s excellent chassis. The car is easy to handle in traffic and makes a spirited drive down a curvy road a memorable experience. There’s enough give in the Elantra’s suspension to accommodate uneven road surfaces, but not so much that the car leans heavily in corners.

The Hyundai Elantra with a manual transmission is rated at 23/31/26 mpg city/hwy/combined, and with an automatic transmission, those numbers change to 21/29/24 mpg. 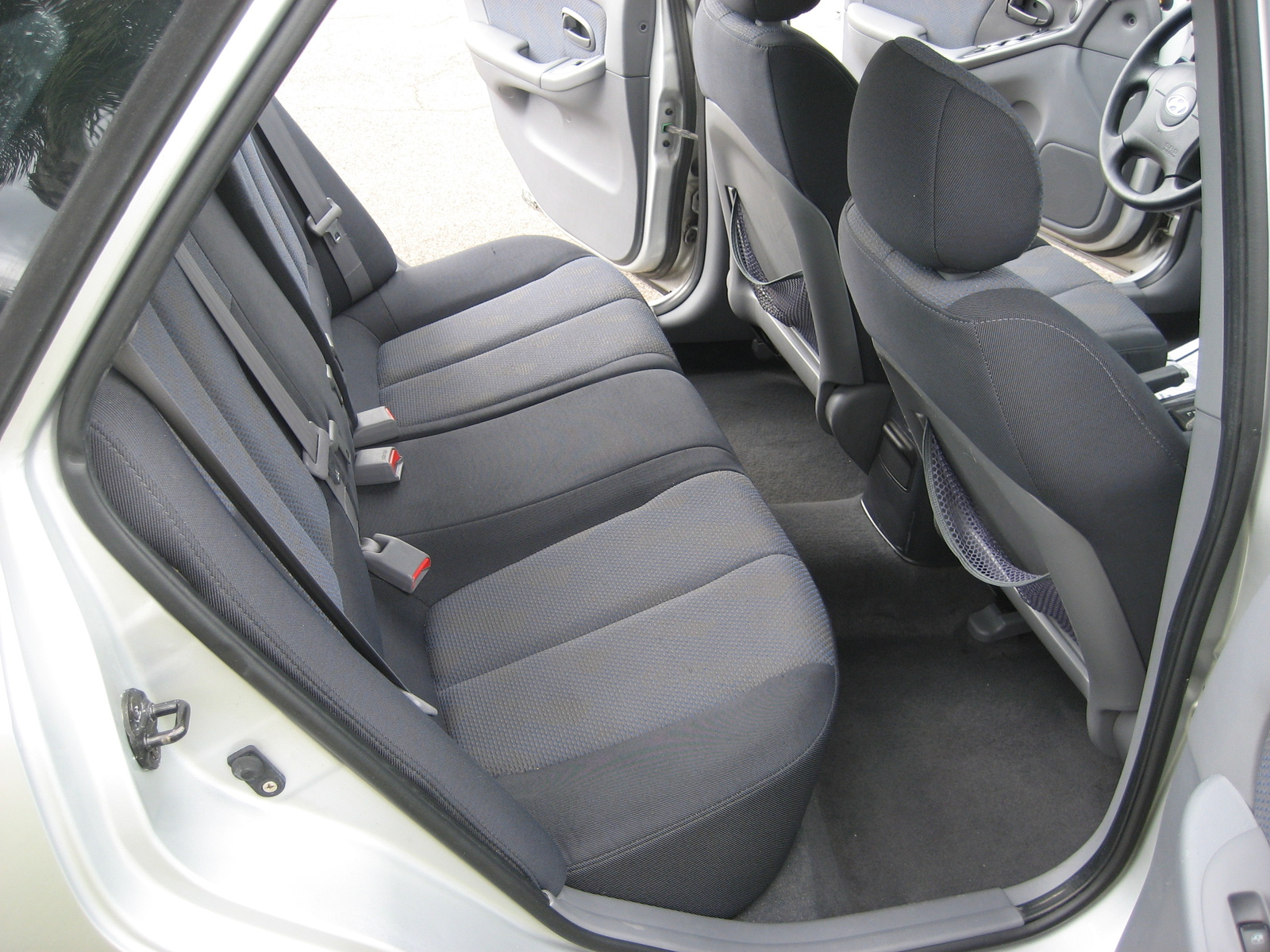 The Elantra’s versatility, usability, and fun driving experience make it a compelling choice in the subcompact car segment. Its 102.7-inch wheelbase affords a healthy amount of legroom inside, but its small exterior dimensions make it supremely maneuverable in tight spaces.

The five-door hatchback is where it’s at for anyone that needs to carry more than just a few people. It has more than twice the space in the cargo area as the sedan, measuring 26.6 cubic feet over the sedan’s 12.9 feet. With the back seat folded down, the car offers a class-leading 37 cubic feet of space. Long items, tall items, and anything in between fit like a charm in the Elantra’s cavernous rear hatch. A convenient feature allows the rear hatch to be unlocked with the key without disarming the security system, so loading in and out is even easier.

The Elantra stumbles a bit on interior space, but to be fair, that’s a problem with every other car in its segment. Both Elantra models (coupe/hatchback) have comfy front and rear seats, but tall people will struggle to feel at home in either. 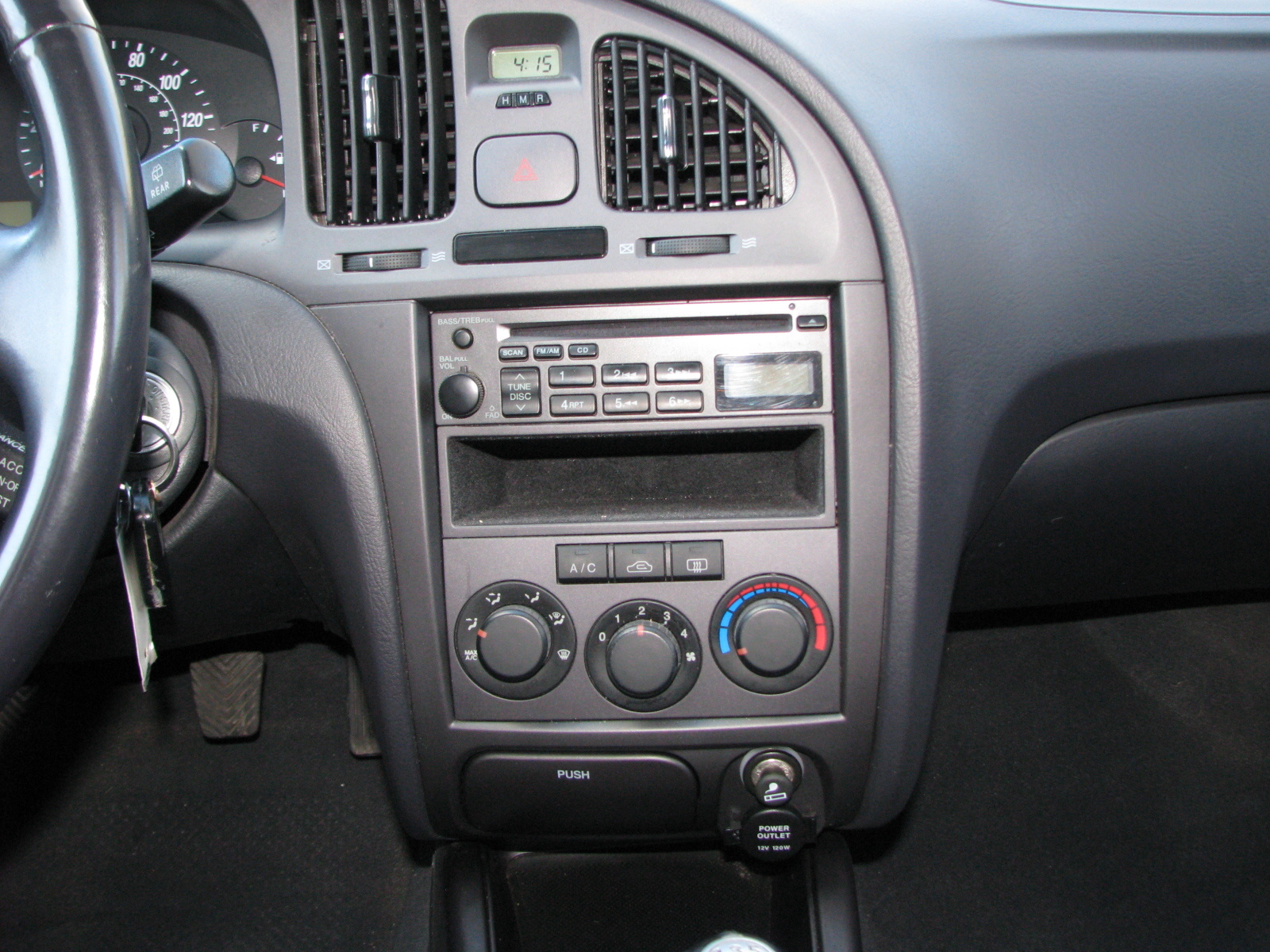 The Hyundai Elantra GLS comes with air conditioning, a stereo cassette radio, power windows and door locks, and remote keyless entry. Cruise control is a $195 option, while a CD player stereo can be added with a $1,140 options package that also brings ABS and traction control.

The Elantra GT comes with a trip computer, cruise control, and a 200-watt Kenwood stereo with a CD/MP3 player and a removable faceplate. A sunroof can be added, along with anti-lock brakes and traction control. 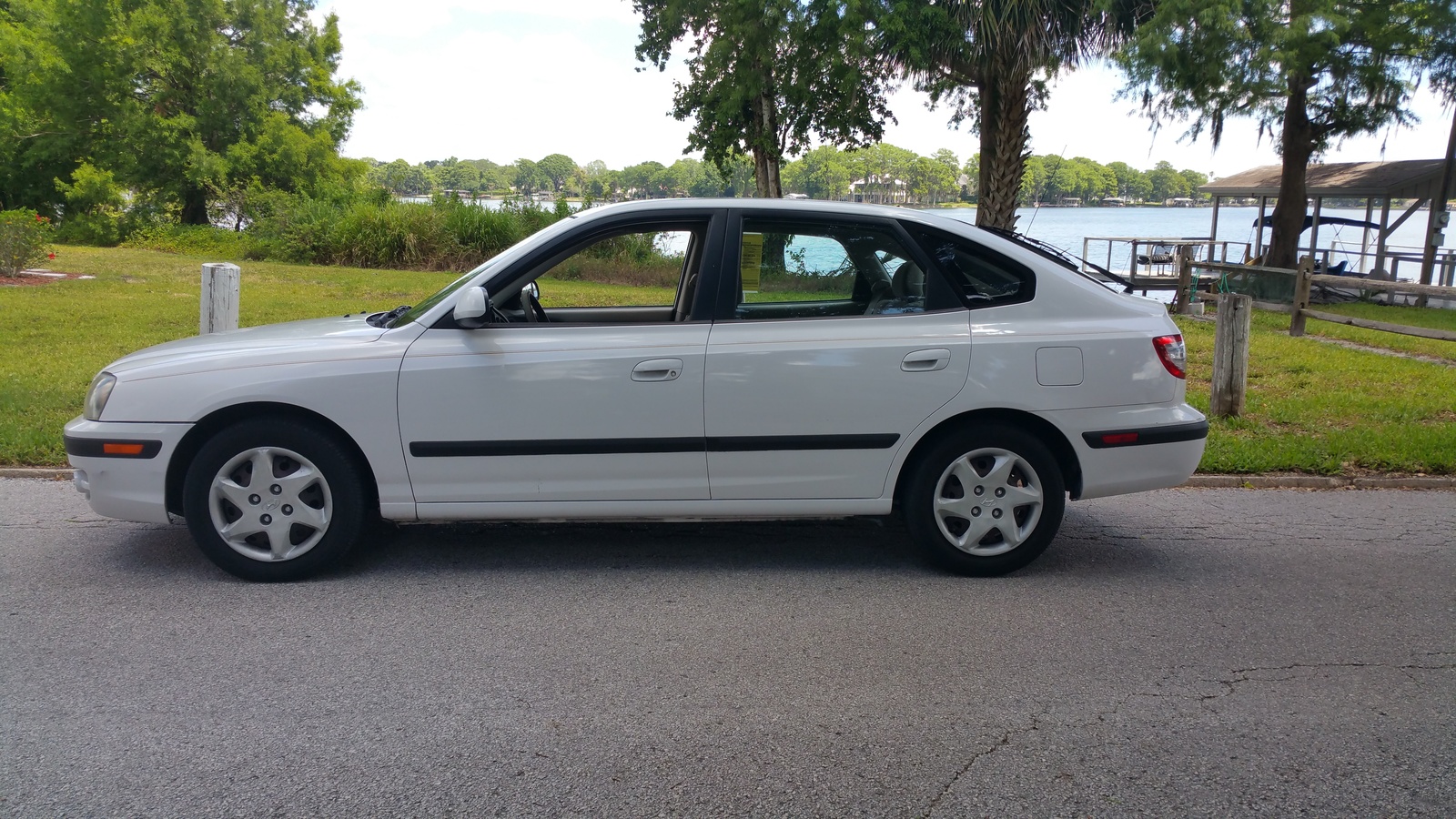 The Hyundai Elantra is well equipped from a safety standpoint but has a long way to go in the crash test department.

The Insurance Institute for Highway Safety rated the 2005 Elantra ‘Good’ for moderate overlap front crashworthiness gave the car ‘Poor’ ratings in every other category. 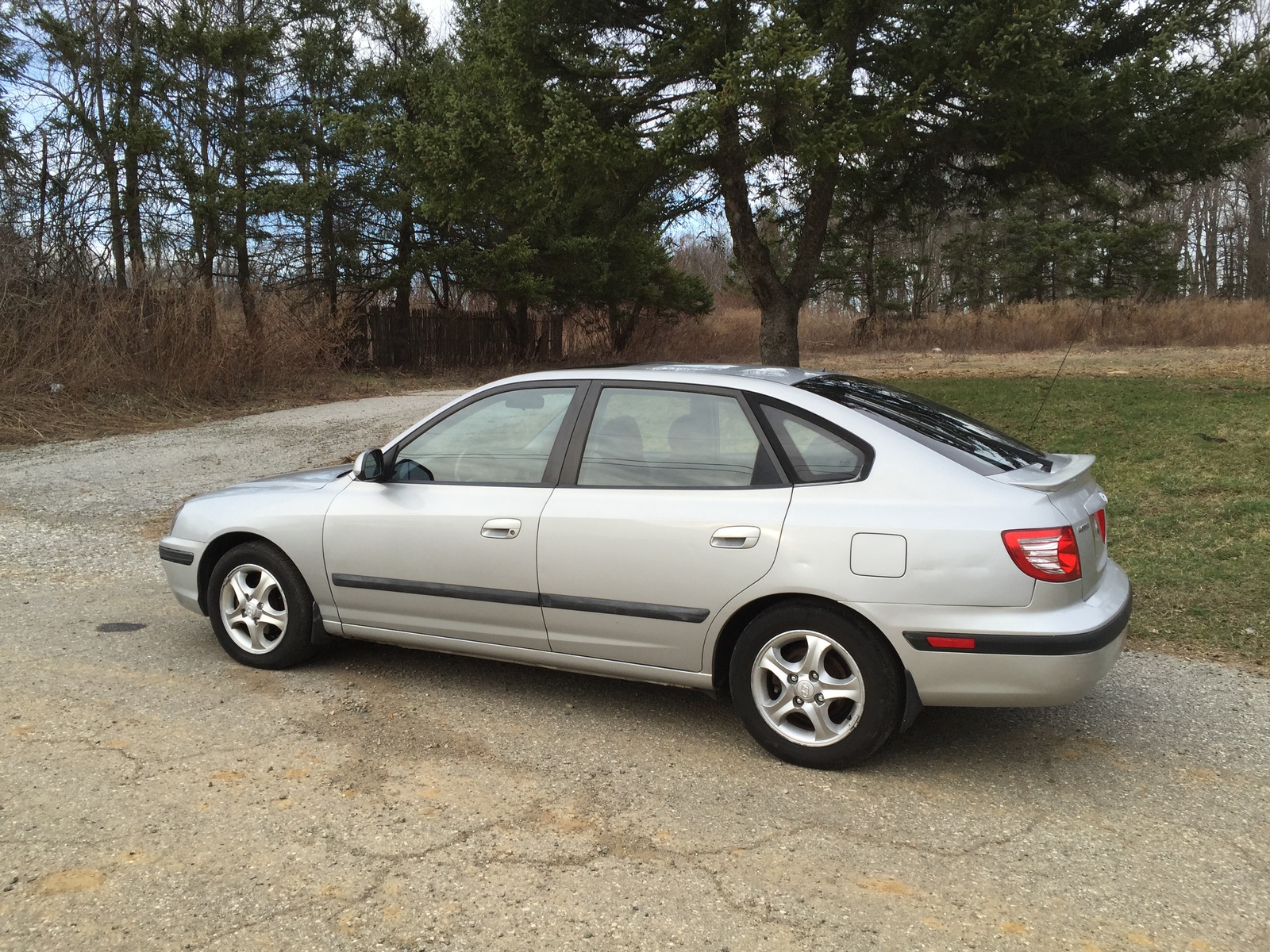 The Hyundai Elantra is a price winner, but that doesn’t mean that it has little to offer in the way of creature comforts.

The base sedan’s price tag of $13,299 buys a comfortable car with plenty of power equipment and quite a few creature comforts thrown in.

Adding trim levels and options doesn’t kill the car’s budget street cred either. The GLS hatchback starts around $13,500, while the GT trim can be had for under $15,000. That’s a steal for a car that has leather upholstery, alloy wheels, and an engaging ride.

Hyundai’s warranty is one of the best and longest on the market. Every Elantra comes with a five-year/60,000-mile warranty that covers most parts of the car and includes roadside assistance for the duration. The powertrain is covered by a 10-year/100,000-mile warranty, and Hyundai covers rust and corrosion for five years or up to 100,000 miles.

The Elantra’s fuel economy is one of its biggest weaknesses against the competition. It’s a bit heavier than some rivals, which means that its otherwise decent gas mileage becomes a footnote. Beyond that, Hyundai has built a great car for people that place value at the top of their shopping lists.

What's your take on the 2005 Hyundai Elantra?

Have you driven a 2005 Hyundai Elantra?
Rank This Car

What Could I Look At For Heater To Blow Hot Air?

2005 Hyundai Elantra won't start. New starter, battery, clutch slave cylinder, clutch safety switch. It clicks once when I turn the key. I don't know what else to do, please help!

235 views with 5 answers (last answer about a year ago)

I have a 2005 Hyundai ELANTRA I’m trying to find front fenders for will any other years besides the 2005 fit?

My 05 Hyundai elantra gt 5 speed will not start it only cranks over even spraying starting fluid its got strong spark and i can also hear the fuel pump come on i replaced the main relay and cranksh...