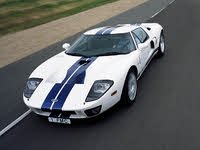 Forty years after Ford successfully took on Ferrari with the original GT40, the company resurrects the mid-engine supercar as the 2005 Ford GT. 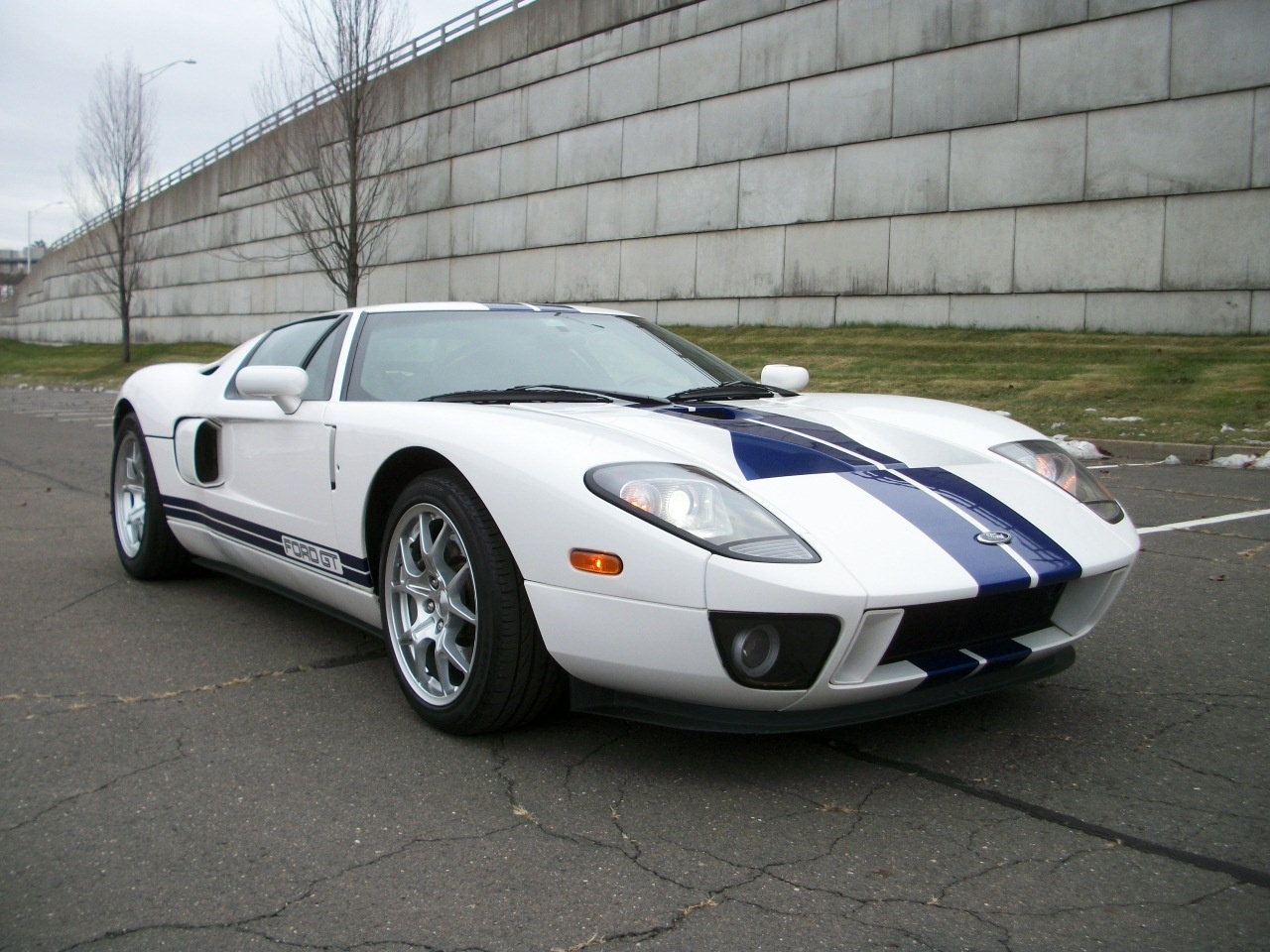 America’s sports car might be the Chevy Corvette, but with the arrival of the new 2005 Ford GT, America finally gets a true supercar. Hand-built in limited quantities, the mid-engine GT aims to cement Ford’s status as a global automaker capable of building everything from commercial trucks and affordable grocery-getters to lustworthy exotics. 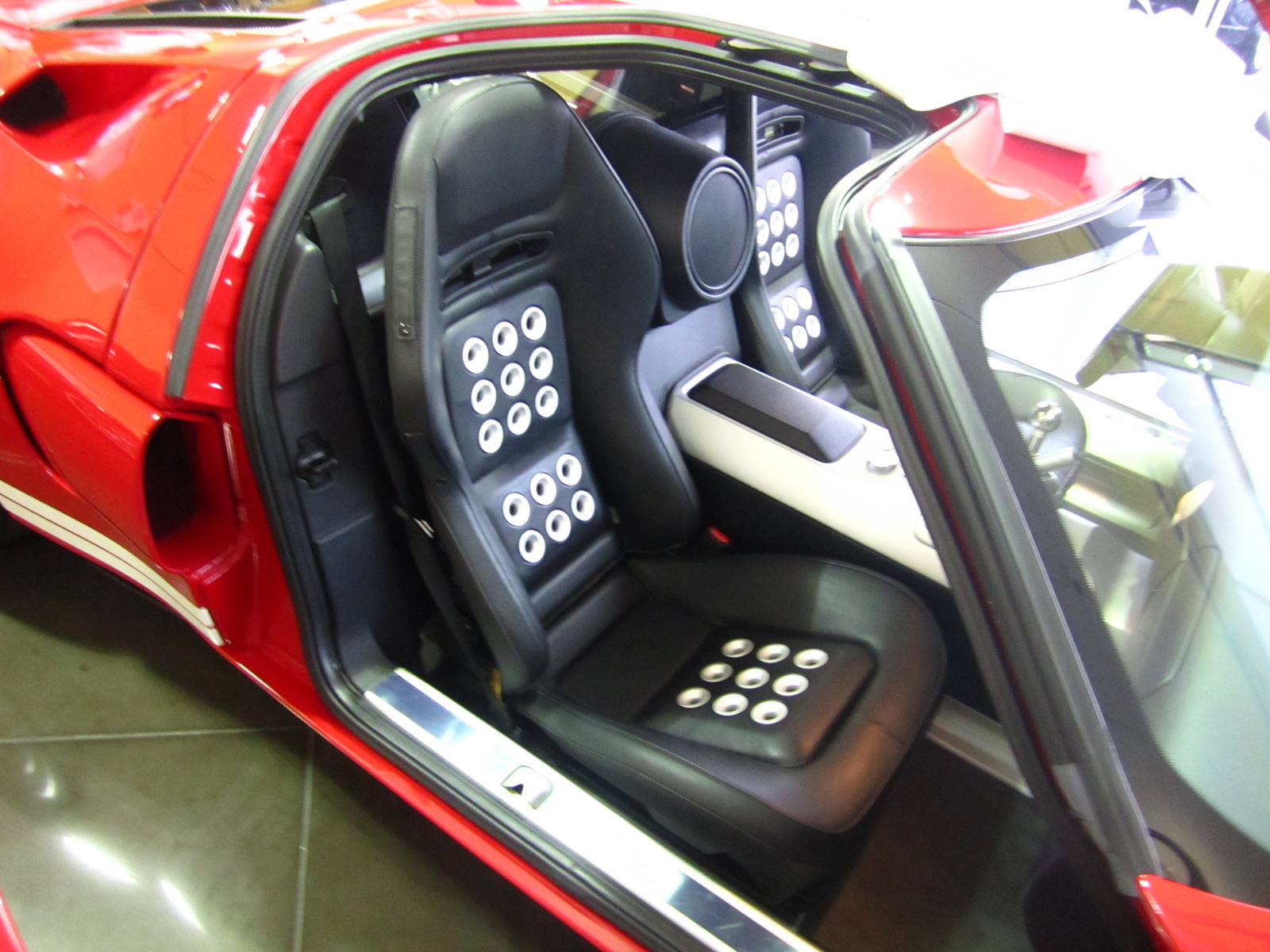 With no more than a glance, it’s easy to spot the slinky 1960s Ford GT40 lurking just beneath the new Ford GT’s retro-futuristic skin. Penned under the direction of J Mays, the new 2005 Ford GT is one of several modern Fords to hearken back to the automaker’s golden era of design, faithfully replicating the original car’s forms while adhering to modern design requirements.

Inside the GT’s intimate, 2-seat interior, the design connection is less obvious. Instrumentation is clearly influenced by the GT40, the dimpled seats recall the original car, and there is an appropriately austere sensibility to the cabin. Certain parts-bin components, such as the round air vents, and a heavy-handed approach to the magnesium center-console cover and door-panel designs detract from the back-in-time vibe. 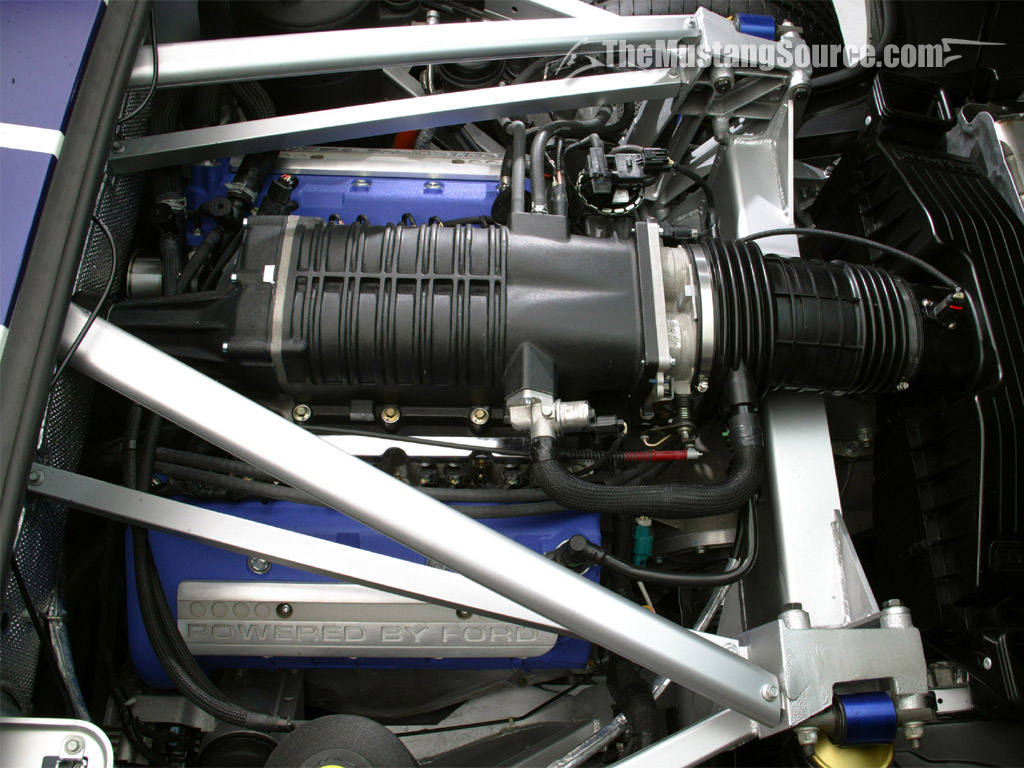 Delivering 550 horsepower at 6,500 rpm and 500 pound-feet of torque at 3,750 rpm, the supercharged 5.4-liter V8 is mounted directly behind the driver and passenger, nestled within the car’s aluminum space frame. A 6-speed manual gearbox powers the GT’s rear wheels, employing a helical limited-slip differential to get the power to the pavement.

This car is about more than just looks, with Motor Trend reporting acceleration to 60 mph in 3.7 seconds, a quarter-mile trap time of 11.2 seconds at 131.2 mph, and with a professional driver behind the wheel, a top speed of 200.1 mph. Those figures let the Ford GT easily run with the best from Ferrari, making its base price of $150,000 look like a bargain. 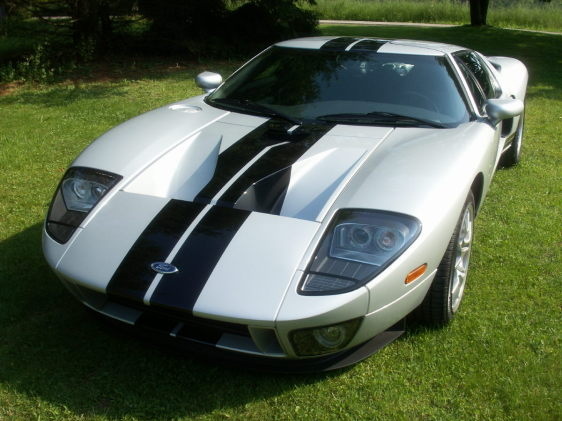 Aside from awkward entry and exit, which is to be expected of a car like this, and the oversized dimples in the leather upholstery pattern that could be uncomfortable for some people, the Ford GT is unexpectedly civilized once you’ve settled into the seat. For example, it has automatic climate control, remote keyless entry, and a CD player. Good luck finding those in an original GT40.

However, if you’re planning a trip, you’re going to need to decide between a companion and cargo. With just a single cubic foot of cargo room, you’d better not buy more than a gallon of milk unless you plan to use the right front passenger’s seat for your provisions. 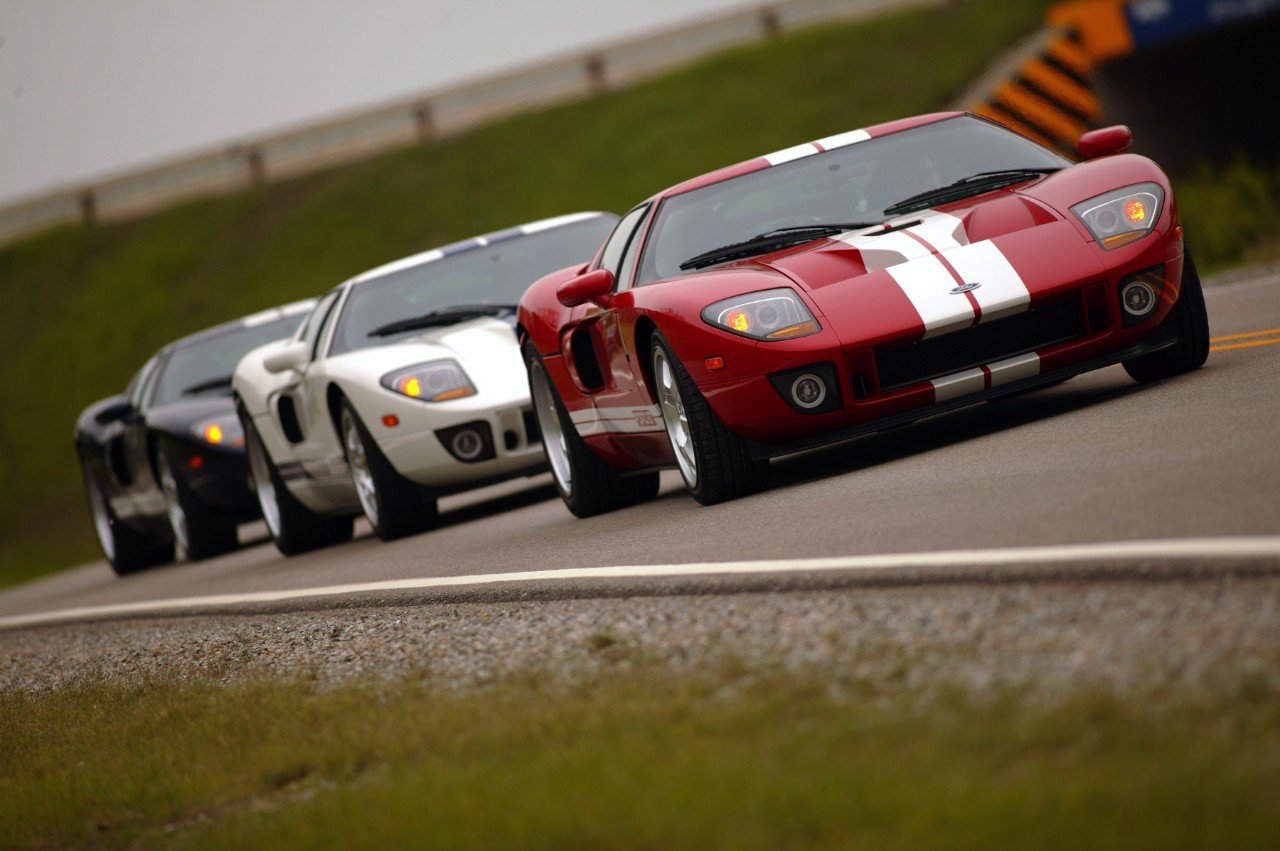 Technologically, the Ford GT emphasizes engineering rather than creature comforts, but that’s a part of its charm. For example, the 5.4-liter V8 employs a dry-sump oiling system so that it can safely sit lower in the aluminum chassis, which uses a slow and expensive but precise superplastic forming process during construction.

Nevertheless, you’ll find some modern amenities in the new GT. Remote keyless entry makes it easy to lock and unlock the doors, power-adjustable and heated side mirrors make it easier to see out, and a stereo with two premium Rockford Fosgate speakers helps to drown out the supercharger whine and bellowing exhaust, should you find that desirable. 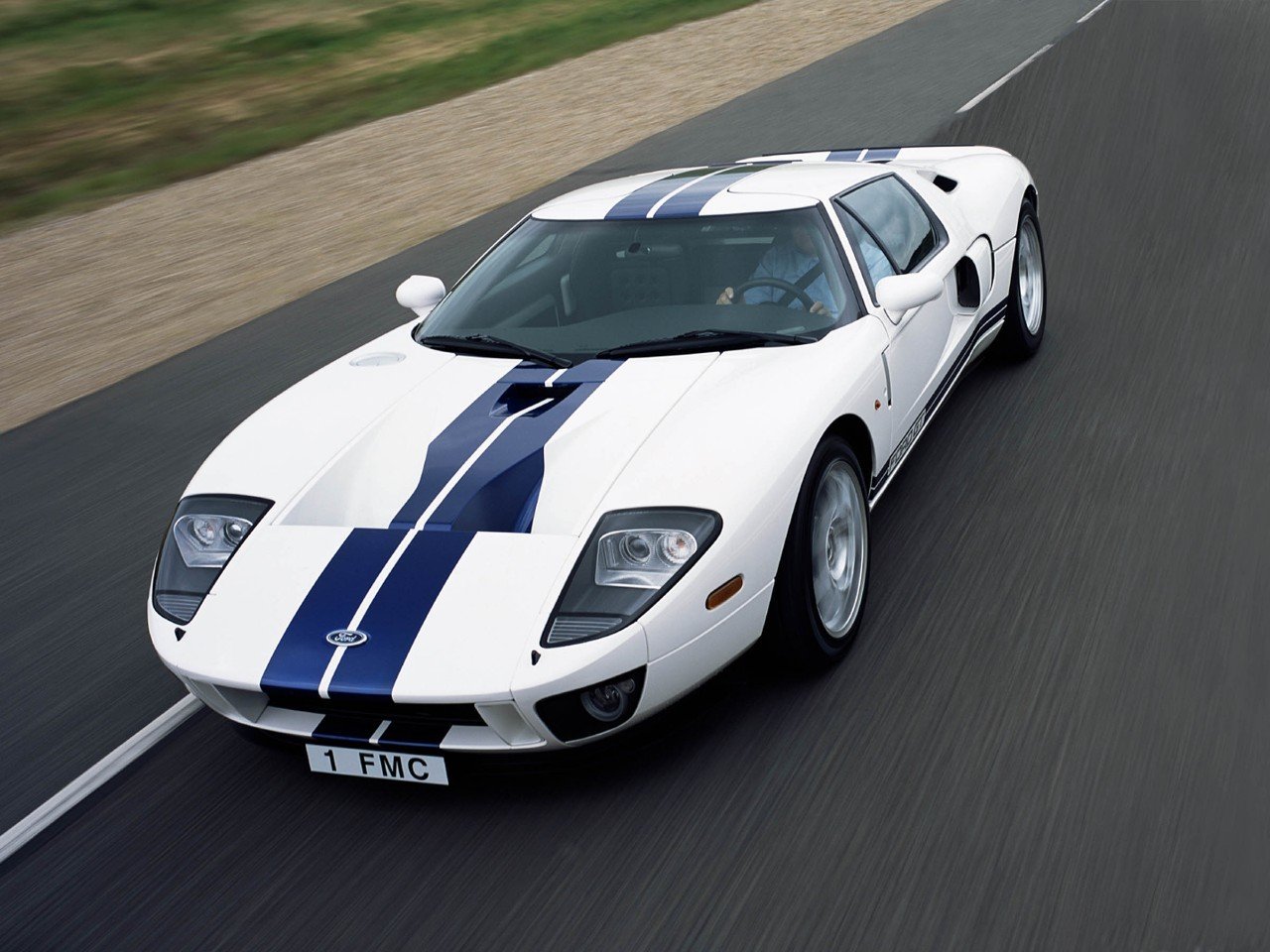 Buy a Ford GT with intentions of exploring its performance, and you’d better first attend racing school. Aside from antilock brakes, you’re going to be on your own as far as car control goes.

In the event you crush the aluminum bodywork, dual front airbags are aboard to help absorb some of the crash energy. You can turn off the right front airbag for when a child is along for the ride, and the GT is even equipped with child safety seat anchors.

As is true of all high-end, low-volume vehicles like the Ford GT, neither the Insurance Institute for Highway Safety (IIHS) nor the National Highway Traffic Safety Administration (NHTSA) performed crash testing on this high-dollar supercar. 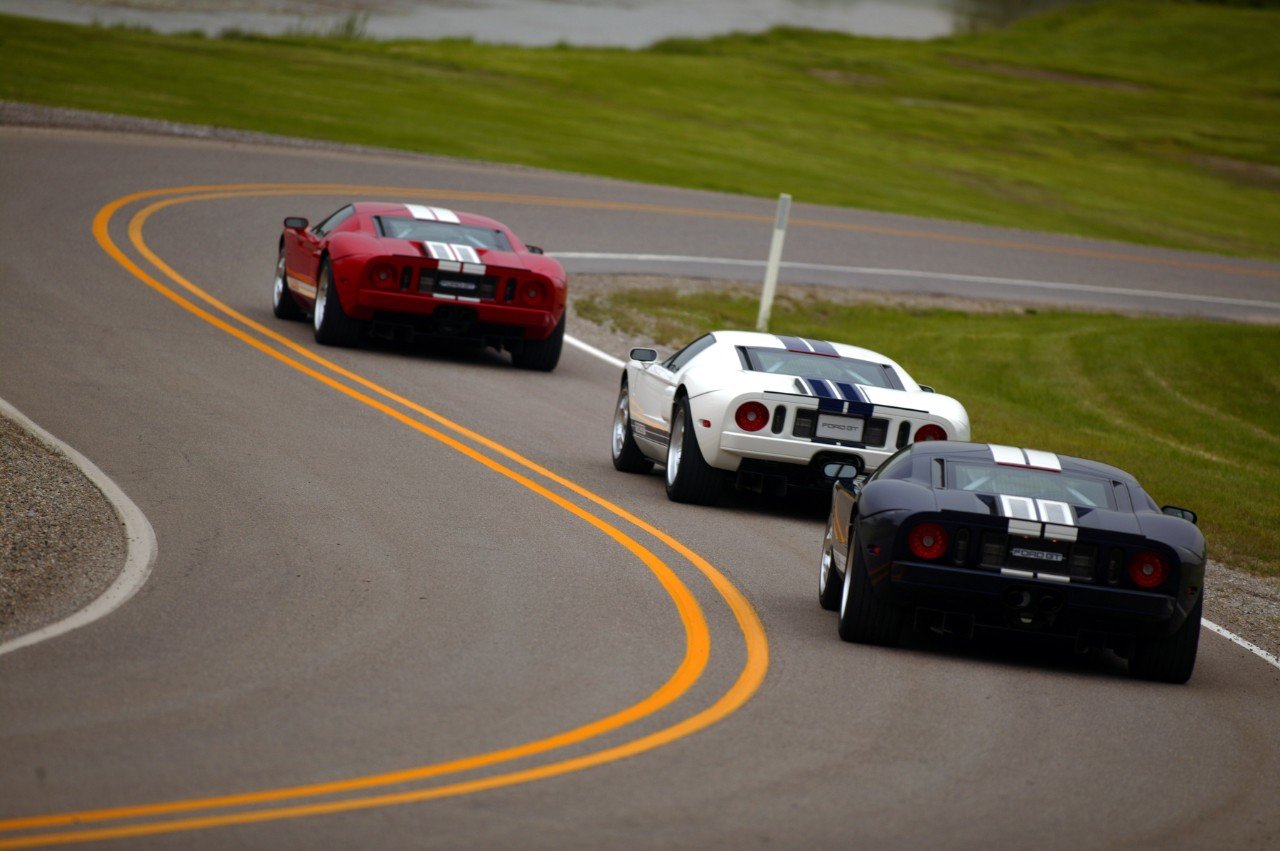 With a starting price of $149,995, you might question the sanity of someone spending that much money on a Ford.

What you’d be overlooking, though, is that the GT amounts to so much more than the familiar blue oval badge it proudly wears on its nose. This car is a celebration of American ingenuity and grit, and because Ford plans no more than 4,500 examples, its rarity shall ensure future collectability.

In terms of price, the Ford GT is a relative bargain in the first place. It costs a fraction of what a Lamborghini Murcielago, Mercedes-Benz SLR McLaren, or a Porsche Carrera GT will vacuum from your bank account. It’s even more affordable than the relatively common Ferrari F430.

Therefore, while it might seem overpriced at first, especially with those silly Mustang-style dashboard air vents, a Ford GT is actually a fantastic deal.

How To Generate A Price Drop Alert

How much do I need to drop my price in order to generate an alert to those who have saved my listing. Current price is 289,100

I have a 2002 Ford Mustang GT (NICE CAR). My OBD 2 port is not working when ODB scanner is connected to it. It is not the scanner but the Port it self. The scanner does not come on at all. What do I...

whats the comparioson or differences on the make

How Do I Open The Trunk?

My manual is locked inside.