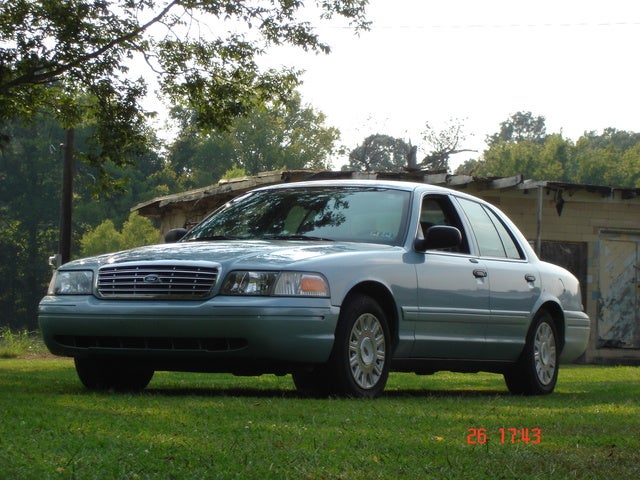 Have you driven a 2005 Ford Crown Victoria?
Rank This Car

A smooth ride. Very clean car. Only one minor issue as far as damage. Priced Right according to Kelley blue book. Read More

Love the police interceptor version of this car. I have owned 2 of these previously. I got 26 mpg driving from Indiana to North Carolina. Best used car for the money that you can buy. Read More

Great Car For Road Trips And Family, Police Model Also Has A Cool Stance. By KenF

Highly recommend the venerated Crown Victoria to anyone who can appreciate a large sedan that has both power and style, and that don't break the bank. Maintenance on the Crown Vic is easy and cost eff... Read More

Food to go. Alright by me good deals and afordable Read More

Greatest American car ever made. It is safe for all passengers and runs forever. Read More

It is a fair value the prize could be a little lower, for the mileage it have and the age of the car Read More

Nice Cars, just Bad Timing and The lack of money when the right car for me comes up. Read More

Very strong and reliable vehicle. Will last a long a time and can take a beating Read More

Just what I wrote in the cons column I would keep buying them if they still built them. Great looking and great mechanically car. Very dependable car. Low Maintenance vehicle. Great sound system. ... Read More

Have you driven a 2005 Ford Crown Victoria?
Rank Your Car →