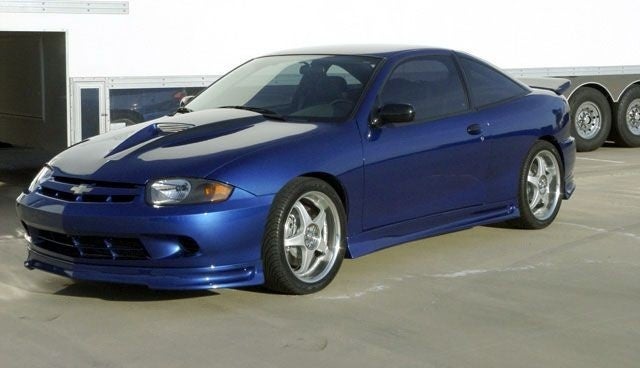 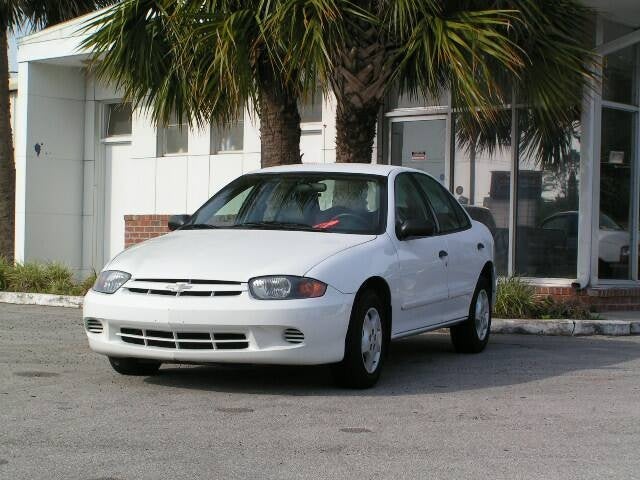 The 2005 model year was the last for the workhorse Chevrolet Cavalier. The midsize compact was more than showing its age: The bad juju of its outdated platform and iffy safety record was redeemed only by the '05 Cavalier's very affordable price.

No significant changes were made to the 2005 Chevy Cavalier. Three trims were available: the base model, LS, and LS Sport. All three trims were offered in both coupe and sedan bodystyles.

GM offered some modern conveniences for the 2005 Chevrolet Cavalier. OnStar and XM satellite radio were available, and a surprisingly high-end stereo system, with CD player and MP3 capability, came standard. Still, the interior of the 2005 Cavalier was nothing special - comfortable enough, but definitely economy class.

Economy was also the watchword when it came to fuel efficiency for the '05 Chevrolet Cavalier. Its EPA highway mileage of 24 mpg city, 33 mpg highway is definitely part of the car's appeal. And its fuel economy doesn't come at the expense of power: Under the hood, the 2005 Cavalier has a 2.2-liter, dual overhead cam inline-4 engine clocked at 140 horsepower, plenty of oomph for the Cav's less than 3,000 pounds of curb weight.

Alas, the Chevy Cavalier never quite succeeded in competing with other compacts like the Toyota Camry and Honda Accord. But if you're looking for a used-car bargain, the Cav might be just the ticket!

What's your take on the 2005 Chevrolet Cavalier?

redneckbiker I have a 97 chevy cavalier. It was overheating regularly. It had plenty of coolant. I pulled out the thermostat and it still over heats. Ideas?

Susan Probably a bad sending unit in the radiator

Have you driven a 2005 Chevrolet Cavalier?
Rank This Car

Can Someone Help Me Please?

I have an automatic 05 Chevy cavalier. I've changed two solinoids in the transmission. I've changed the shift cable also.. Now any gear I put it in is drive. What am I doing wrong?

2005 Cavalier has a intermitten lean condition. PO171 is the only code. Car will fall on its face acceleratimg only after full warmed up, never cold. I hooked up a fuel pressure gauge to the fuel ra...

Hi, I have a chevy cavalier 2005. My turn signals are not working properly. The left signal works for a few clicks and then turns off. The right is better than the left signal but has a similar beha...

Y Do I Need A Jump Every Time

Needs a jump every time I start it

My 2005 chevy cavalier has been draining my battery so I got it checked out it's a bad alternator just replaced it today and now its shutting off at stop lights it starts right back up and stays ...