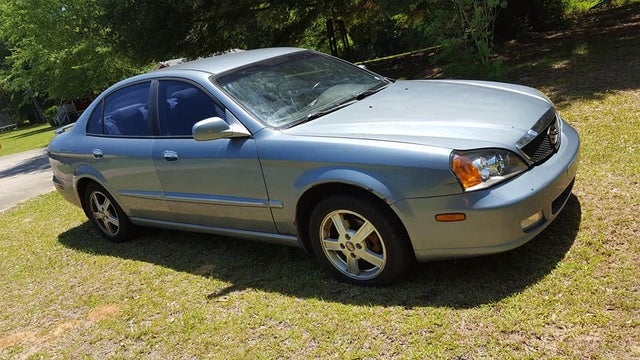 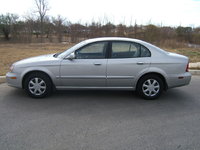 CarGurus has 3 nationwide Verona listings and the tools to find you a great deal.

Rescued from the ruins of the Daewoo Leganza by GM and built by their global partner, Suzuki, the Verona took to the road in 2004. Actually, it was an international effort for this rise from the ashes. Italdesign-Giugiaro in Italy penned the sheet metal, Porsche co-developed the engine, and the whole thing put was together in Korea under the direction of GM Daewoo and sold in the U.S. by Suzuki.

The Verona aims at the midsize sedan market, where the Accord, Camry, Mazda 6, and others play. As wide as a 2004 Accord, as tall as a Mazda 6, its interior is 1.6 cubic feet smaller than an Accord's, but offers better rear-seat thigh support and more legroom. The interior, at least in the top EX trim line, comes stuffed with an impressive array of standard equipment. For samplers: leather upholstery, sunroof, automatic climate control, heated seats and mirrors, cassette/CD player, and the list goes on. Reviewers felt the interior had a classy look with two-tone, French-stitched leather door panel inserts and fake wood trim that almost fooled them.

Under the hood, the engine's Porsche pedigree seems to have detoured around the performance manuals, for the 2.5-liter straight six can't keep up with the competitions' 2-plus-liter fours. Producing 155 hp, five less than a 2004 Honda four, it can motivate the rather plump 3,446-pound Verona to a not-very-impressive 10.7-second 0-60 stroll. Reviewers complained about cold-weather starting and a torque-hungry, gear-hunting four-speed automatic transmission.

The Verona offers a comfortable ride with most of the roll and float tuned out, except when encountering bumpy turns, where the Verona tends to lose composure. Steering provides some feedback and turn-in was rated as excellent. Overall handling, however, is not up to the level of sophistication found in its Japanese competitors.

Reviewers were greatly impressed with the fit and finish of the Verona and Suzuki's 7-year/100,000-mile powertrain warranty, which, unlike those of other manufacturers, is transferable to future owners.

Have you driven a 2004 Suzuki Verona?
Rank This Car

CarGurus has 3 nationwide Verona listings and the tools to find you a great deal.

Key Ignition Won't Budge, It Is Stuck , The Key Can't Turn The Ignition

What Does The SSPS Light Mean

Can You Help Me Please In Finding The Code For 2004 Suzuki Verona Radio Cod...

I have a 2004 Suzuki Verona and I replaced the pads and rotors. I had to replace one caliper as it had pushed the pad cliosest to the piston all the way to disintegration and the outer pad still h...

What Is The RESET CODE Number For Car Radio After Battery Disconnect?