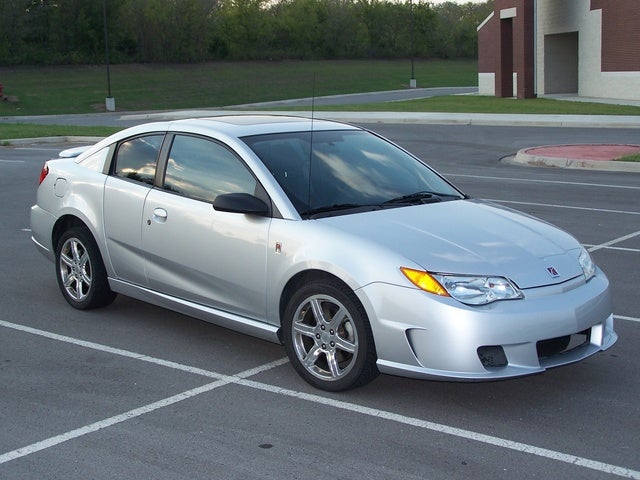 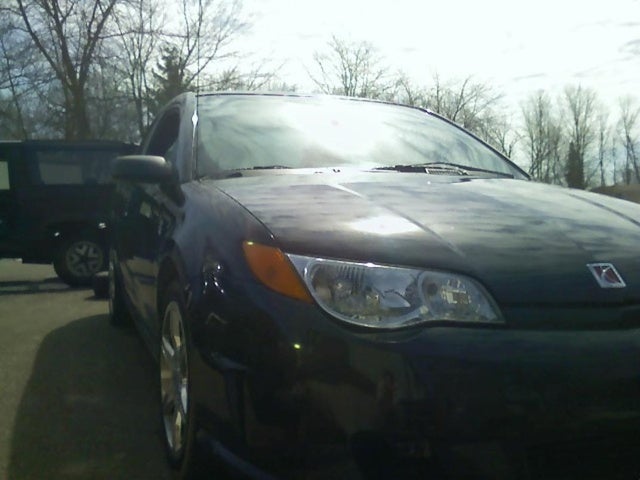 As the special name indicates, the 2004 Saturn Ion Red Line supersized the original Ion. However, while you might say the Red Line looks a little different, you'd need x-ray vision to know what the manufacturer did to the engine. Saturn refrained from any significant remodeling with the exterior and packed all the extra power under the hood. The end product left consumers with a mixed bag.

The 2004 Saturn Ion Red Line comes in one Quad Coupe trim with a 2.0 L, 205 hp I4 engine. This re-vamped model uses 5 speed manual transmission and fuel consumption ranges from 24 mpg in the city to 30 mpg on the highway. Unlike the other 5 trims on the regular Ion, the Red Line does have standard leather seats and ABS brakes. Other standard features include power windows, power door locks, and cd player. The Red Line goes from 0 to 60 mph in 6.5 seconds.

Reviewers say that the greatest step up from the original Ion comes in the improved power, handling, and steering. On the other hand, quality of materials, control panel design, and engine noise remain noteworthy concerns for a domestic manufacturer that started off on the wrong foot against its foreign counterparts. Consumers agree that the 2004 Saturn Ion Red Line represented a step in the right direction. However, the Red Line's survival would depend on Saturn's determination to meet the demand for innovation.

Have you driven a 2004 Saturn ION Red Line?
Rank This Car

Where Can You Find Out The Actual Production Number For One Ion Redline?

Just out of curiosity, I would like to know the production number of my RL off the assembly line. Is that information available and how can one get that info?

I was wondering if you guys could tell me where i could get one of those engine programers for a redline. Now that will modifi all my ratio's in my cars computor right so that means what? I would grea...

I'm having a problem that it took me a while to notice, with my 2004 saturn ion redline. whenever I press the gas the car revs up high then it drops closer to normal and slowly speeds up. I had no ide...

The vehicle Iam looking at has a 2L supercharged motor in it. Just wondering, how reliable are superchargers for daily driving? Do they break easily? what kind of maintenance must be done to keep the...

This morning I left for work and roughly 10 minutes into driving the red oil light on the right of the dash came on and beeped a few times, and i lost some power to the car, so I pulled over and ch...