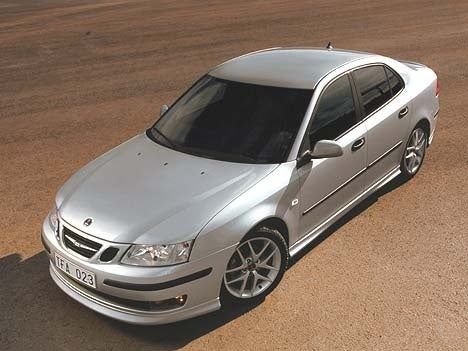 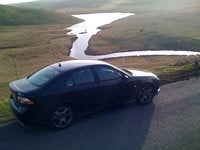 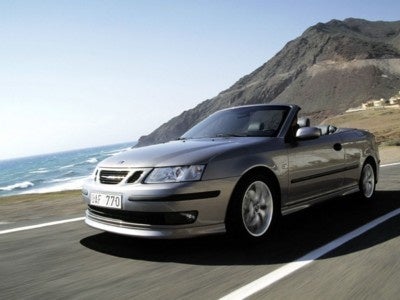 The 2004 model brought several additional changes for the Saab 9-3. The 9-3 SE Convertible had survived model lineup revisions in 2003, but Saab has now discontinued the SE nomenclature in favor of two new models: Arc and Aero Convertibles. Aero is a new trim name this year, replacing the top shelf Vector. Several new options are also available this year, including bi-xenon headlamps, rear park assist (sedans), and a tire pressure monitor (included in the Sport Wheel Package).

There are five 9-3 variants for 2004: two convertibles and three sedans. The sedan is available in the base Linear, mid-level Arc and the high-end Aero styles. The convertible is offered in the two upper-level trims. The 9-3's price spectrum is quite broad, with the Arc sedan retailing for about $10,000 less than the Arc convertible.

All 9-3s are powered by some variation of Saab's turbocharged 2.0 liter inline four. The Linear Sedan is supplied with 175 horsepower and 195 pound-feet of torque, and the small turbo power plant is mated to a five-speed manual transmission. Fuel economy is estimated at 23/34 mpg, or 21/30 with the optional five-speed automatic. All other models feature an additional turbo boost, which bumps horsepower to 210 and torque to 221 pound-feet. The Arc comes with a five-speed manual, while the Aero gets a six-speed. Fuel economy is just a bit lower with this power plant, but mixed driving averages are in the mid-20s (mpg) with either transmission.

The overall 9-3 design has been a strong selling point for consumers. The 9-3 offers distinguished styling, but the layout also creates a very spacious interior and a notably large trunk. Owners also express great satisfaction with the 9-3's power and performance, especially when the attractive fuel economy numbers are factored in to the equation. Drivers have also been very pleased with the handling and ride quality, but the 9-3's front-wheel drive train is rather limiting with regard to true sporting performance. Other common jeers are directed at lower-quality interior materials, significant depreciation, frequency and cost of service and overall reliability.

My Saab 9.3 Drains The Battery Overnight. Nothing Is Left On

175 views with 2 answers (last answer about a week ago)

I have a 2004 Saab 93 convertible and the windshield cowl needs to be replaced. I have searched any sites that makes parts and all they have are windshield cowls for sedans. Will the sedan part fit my...

I had problems last year with my air conditioning, had it repaired, compressor problem. Now almost a year later, the air conditioning is going bad again. Sometimes it works, looks like the same proble...

What Causes The "gearbox Malfunction" Warning

Just got a "Gearbox Malfunction" warning and the associated "check engine" warning. What causes this warning and can it be cleared? The car seems to be ok???