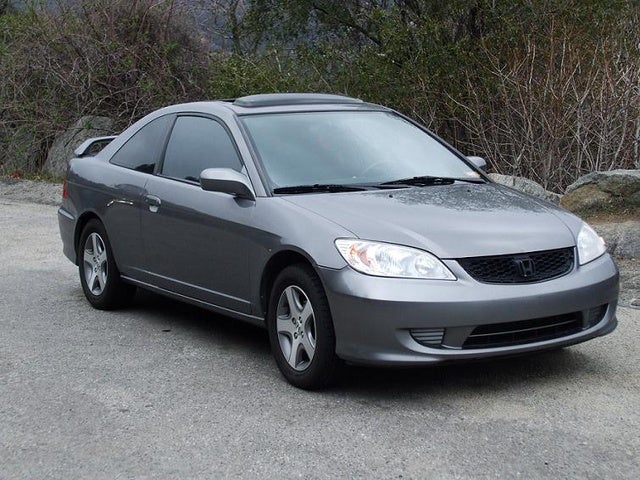 Users ranked 2004 Honda Civic Coupe against other cars which they drove/owned. Each ranking was based on 9 categories. Here is the summary of top rankings.

Have you driven a 2004 Honda Civic Coupe?
Rank This Car

Bet Honda reintroduces a coupe in 2024 because people like them. Read More

I went there with the intention of buying a Honda Civic Coupe however after a test drive, the second part of the doorhandle made it very uncomfortable to drive Read More

Averaging 34.2 mpg. Easy bluetooth connection to my phone. Great looking car and fun to drive. Remote start is a great feature. Coupe has plenty of legroom (Im 6-1). The only negative thing I can say... Read More

Comes nicely loaded, handles like a dream, with lots of power. Only thing I can say that I dislike is the chrome around the window, it doesnt fit in with the rest of the car. Only minor as far as Im c... Read More

Great car for the value ,accord same as well Read More

Loved this car and all of the features it had. Nice for a college student or a couple without children. Read More

I think it is a good deal, there is a half dollar sized dent in the hood that has been painted over but could potentially rust. I test drove it and it was very small and the back seat was difficult to... Read More

This Isa great car. I wish it was an SI 6 speed and I would buy it. Great car for the price. Read More

Have you driven a 2004 Honda Civic Coupe?
Rank Your Car →