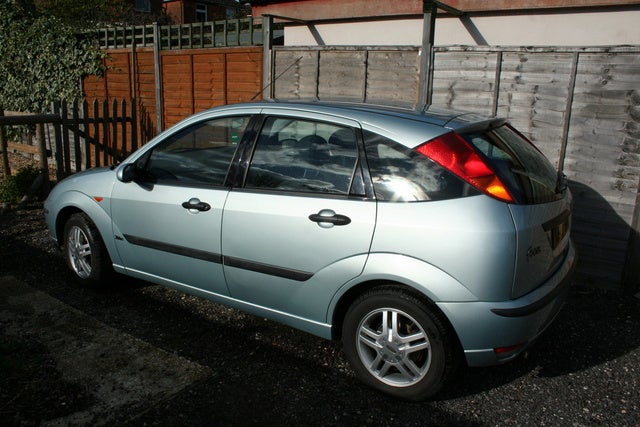 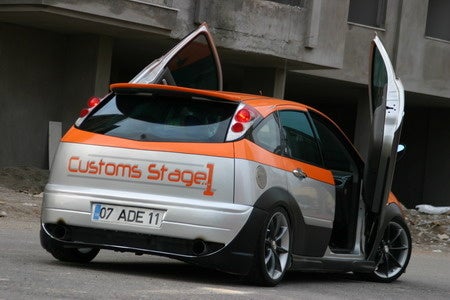 The 2004 Ford Focus continued to appeal to bargain hunters looking for low-priced family transportation. Variety was the name of the game for this cornerstone line, which targeted first-time buyers. Trims and body styles available were the LX four-door sedan, the SE four-door sedan and four-door compact wagon, and the performance-enhanced Z-line, featuring the two-door ZX3 and four-door ZX5 hatchbacks, four-door ZTS sedan, and four-door ZTW wagon.

Power was not the main selling point of the 04 Ford Focus. The LX and SE trims had a four-cylinder, 2.0 liter, 110 horsepower Zetec engine; the Z models featured an overhead-cam version of the Zetec with a 130-horsepower output. Also available as an option (standard in California, Massachusetts, and New York) was a 2.3 liter PZEV engine with an output of 145 horsepower.

PZEV (Partial Zero Emissions Vehicle) design, launched on a limited basis in the 2003 model year, represented an innovative effort by Ford to address upcoming changes in state and federal emissions standards. The PZEV engine reduced evaporative emissions, and brought the catalytic converter closer to the engine for increased efficiency. In addition to the environmental benefits, the PZEV engine offered improved gas mileageâ€”up to 38 mpg highway.

Fuel economy was a strength of all the 2004 Focus models, with mileage ratings ranging from a low of 24 mpg city to a high of 38 mpg highway. The Focus offered a range of roadworthy, affordable compact cars with roomy interiors, ample cargo space, and nimble handling, and buyers flocked to the line. Perhaps the best news for drivers (and for Ford) was that the nagging quality problems of the recall-prone Focus seemed finally to have been ironed out by the 2004 model year.

GuruSVRTW It's cute looking and has some pep but wouldn't be my first or second choice.

Have you driven a 2004 Ford Focus?
Rank This Car

i have a 2004 zx3 focus with a 2.3 engine everything is stock and my check engine light is on and the code says intake control runner on bank 1 stuck open just want to knw what that is and how do i ...

when does the reset on fuel switch be used

I have all gears 1st, 2nd , 3rd, reverse no slipping just don't go into over drive , shifts are a little hard as it goes thru the gears ,torque converter locks in at 55mph . No codes. turn off th...

What Is The Cheapest Way To Increase Horse Power With Out Sacraficing Gas M...

while i am driving my ford focus 2004 the button on the gearshift will flash on my dash that says o/d off causeing the transmission to bog down or car stream for a higher gear i can push it back in ...