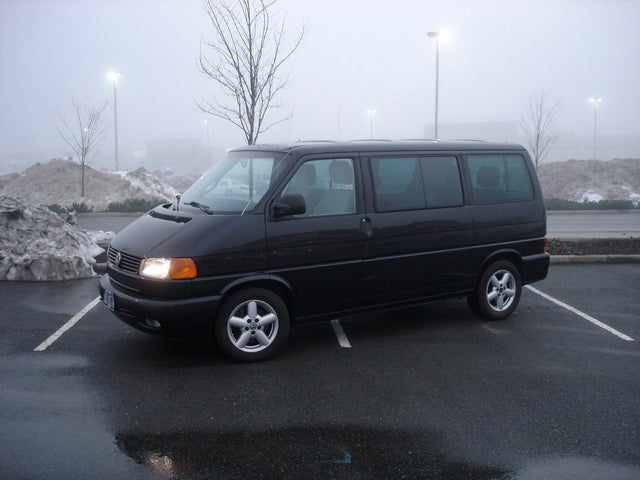 Have you driven a 2003 Volkswagen EuroVan?
Rank This Car

Fun family adventure wagon if I can keep it moving. VW needed to put a much more durable transmission in the van. The seating arrangement for the kids is awesome in back, they can play games at the ... Read More

Favorit E Car Of All Time By Bill_A

I Like The Van And Life Style By Santro_122

The ultimate day / surf van more than a mode of transport, pleasure or work . its a life style choice. the only vehicles i would like more are the syncro version or a caterham super seven prefer one t... Read More

Are You Man Enough To Drive This Vw? By Jason

There's nothing "mini" about a Eurovan. Bernadette was found after years of looking for a weekend hauler for camping and fun. She's big enough to haul the Vespa or a bunch of friends and their gear ... Read More

Nice 1 For A Van By Sauli

First, i'm not experienced with other vans than this one, so it's a bit difficult to compare this to any other. Just briefly tested a toyota hiace, and yet i'd say it's better than this one. This i... Read More

Stretched Out Herbie... By R Anthony

A little underpowered (in-line 5 cyl. fwd with 5 spd.) in the mountains - but a very comfy set of front seats (good for long rides). Serves well as a mini-camper (only missing a potty). VW is very p... Read More

Have you driven a 2003 Volkswagen EuroVan?
Rank Your Car →