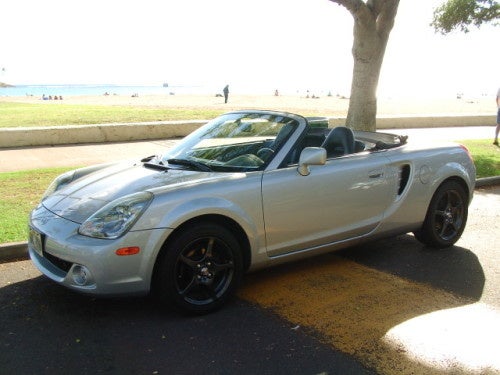 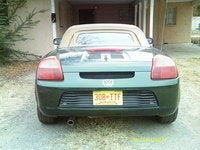 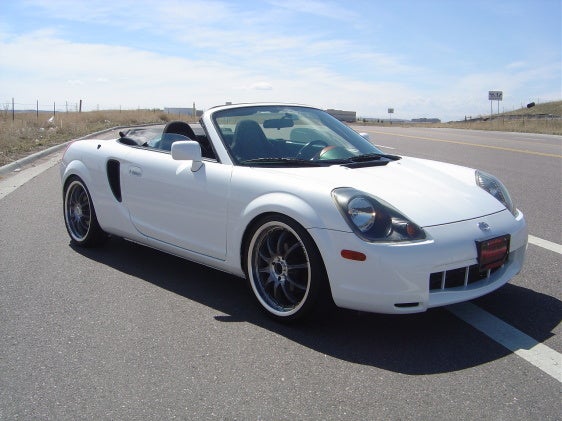 The 2003 MR2 Spyder saw a number of changes from the previous year. The sequential manual transmission went from a five-speed to a six-speed, fog lights were standard, and the gauges were redesigned. The exterior also got a facelift, including a new front end, new head and taillights, and color-keyed intake vents.

The 2003 MR2 Spyder came in one trim level, with very few available options. The handful of choices included leather seating, the SMT, and cruise control. The engine, which was mounted in the middle of the car, was a 1.8-liter, 138 horsepower four-cylinder. The transmission was a five-speed manual, and it had rear-wheel drive. The top is designed to sit flush with the body of the car when down, so no cover is required. Fuel economy is about 25/32.

Drivers of the 2003 MR2 Spyder readily admit that it is a for-fun car only. Owners say the trunk is practically nonexistent, the space behind the seat can only hold a briefcase or two, the seats can get uncomfortable during a long drive, and it can be downright dangerous in the snow. Still, Spyder owners love their cars because it is fun to drive, handles well, looks good, and comes with typical Toyota reliability.

jogdrive Easy to drive, not noisy and vroomy. Feel heavy at low speeds, feels fast at normal speeds, like a go cart ride, of more expectations... Not tiresome to drive, everything in it is just right, if you go light on shopping. It moves as you think.

Have you driven a 2003 Toyota MR2 Spyder?
Rank This Car

Car was stored a few months new battery. Showing charged when tested. Turn the ignition and it just knocks knocks knocks. What could be the issue

Can This Car Ever Run Again??

I have a 2003 MR2 Spyder with SMT transmission. I need some advice and/or information to rectify the problems I am having with it. The car is in great shape and only done 43,000 miles and I love it ...

When I open the drivers door I can hear the hydraulic pump priming noise as I should. When I turn the key forward all of the dash lights come on, the doors lock automatically, the neutral light is ind...

Does anyone know where to obtain a hard top for this model?