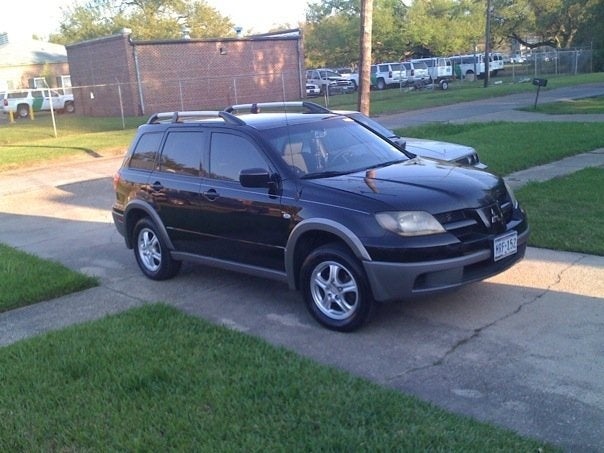 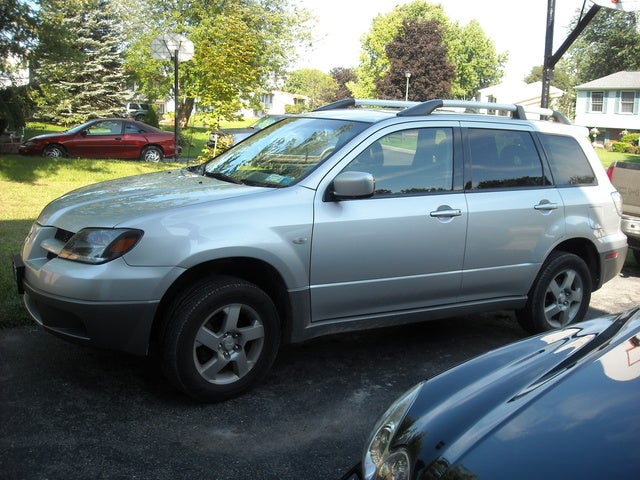 The Outlander is all new this year, as Mitsubishi attempts to sake a claim in the compact crossover SUV segment. The market is competitive and expansive, with numerous competitors and well-reviewed class leaders like the Toyota Highlander and the Honda CR-V. The Outlander gets a unique exterior treatment, which has attracted some buyers, but this first offering has still received average reviews.

There are four Outlander variants for the 2003 model year. The lineup begins with the LS, which is available with front or all-wheel drive. The second tier XLS is available with the same drive train options. All models come standard with the convenience basics, including cruise control, full power accessories, air conditioning and a split-folding rear seat. The XLS gets a few upscale touches, including keyless entry, tinted glass and all-wheel drive.

All four Outlanders are powered by a 2.4 liter inline four, which generates 140 horsepower and 157 pound-feet of torque. A four-speed automatic is the only transmission option, and fuel economy is estimated at 20/25 mpg.

The Outlander has received high marks for styling, handling, and interior layout. Reviewers agree that the Outlander offers the most stable and sedan-like ride in this class, complemented by precise steering and minimal body lean.

Drivers have found the four cylinder engine to be underpowered, and this shortcoming is most apparent during highway travel. Interior controls are well-placed, but consumers have commented that the user-friendliness could be improved.

What's your take on the 2003 Mitsubishi Outlander?

Have you driven a 2003 Mitsubishi Outlander?
Rank This Car

Can never depress gas pedal to accelerate quickly either form a dead stop or when driving at any speed. The engine just stalls. What is the problem and how do I repair?

332 views with 4 answers (last answer about a year ago)

Is It AWD Or 2 Wheel Drive

How can I find out if my Outlander is AWD or just 2 wheel.

My Son Shorted Out His Obd Port!

My 2003 Mitsubishi outlander shows park reverse and neutral but no D for drive on the dash. It also has a clunk from the rear which I am hoping has something to do with this? Am I missing a fuse ...