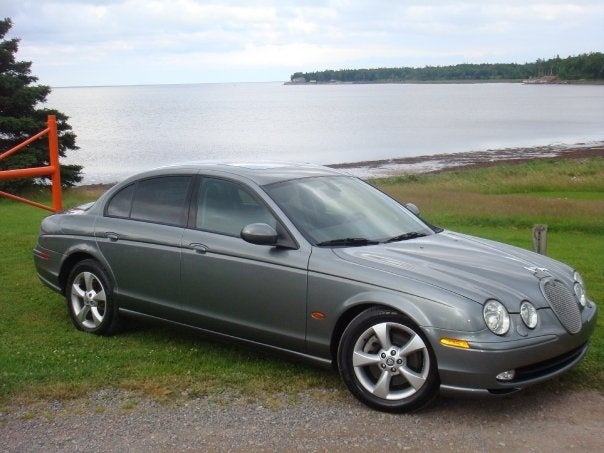 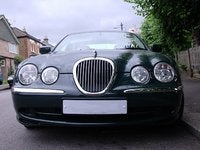 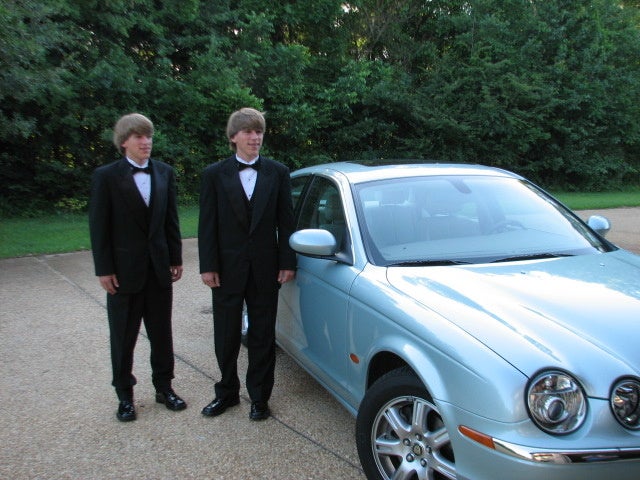 This was the last year before the S-Type's only exterior styling update, but 2003 did bring several interior and mechanical changes. The 3.0 liter V-6 can now be paired with a six-speed manual transmission, and the V-8 will use a new six-speed automatic unit. The entire suspension system has also been revised. Xenon headlamps and a 320-watt Alpine audio system are now optional, and a myriad of new standard safety features also debut this year. Every 2003 S-Type comes standard with stability control, power adjustable pedals, two-stage front airbags, rear side-curtain airbags, and panic-assist braking.

Other highlights for 2003 included the addition of a new S-Type R sedan, which housed a supercharged 390 horsepower 4.2 liter V-8. The R was also given a more aggressive appearance, which included a wire-mesh grille and 18-inch alloy wheels. The most powerful Jaguar sedan ever, the R rocketed from 0 to 60 mph in just 5.3 seconds. The 4.0 liter V-8 has also been discontinued.

The upper level S-Type sedan is now powered by a 4.2 liter V-8, which generates 293 horsepower and 310 pound-feet of torque. This new V-8 sends the mid-size sedan from 0 to 60 mph in just 6.2 seconds, down from 7.0 with the old V-8. Fuel economy has also improved a bit, now at 17/26 mpg.
The 3.0 liter V-6 is the same, making 235 horsepower and 216 pound-feet of torque. New SAE testing methods have lowered the power ratings. V-6 drivers can expect 18/26 mpg fuel economy with either the manual or the automatic transmission. With the manual, this model can reach 60 mph now in just 7.3 seconds.

The 2003 updates have significantly improved the overall S-Type experience, according to reviewers. The sedan has received considerable praise for the long list of standard safety equipment, the unique retro styling, and new technologies. Many drivers also speak about versatility, claiming that the car is ideal for both highway driving and tight city traffic. The revised suspension has further improved ride and handling, but many test drivers have commented that the new transmission could still be much smoother.

GuruVD66S I just sold my 03 4.2 V8 to purchase the CF Portfolio Supercharged. I love the bS type very nice for cross country trips. I only sold because it's 15 yrs. old and has just undy 160K miles. The car was always very dependable and had only very minor problems. Replaced 1door lock and brakes which is with any car so it really doesn't count for much. Being a Ford I could take it anywhere for oil changes. I sold it to my cousin, hope he enjoys it as much as I did. It's still a great car

Have you driven a 2003 Jaguar S-TYPE?
Rank This Car

What causes restricted performance without a engine light showing on dashboard? Where do I look at first to fix the problem?

After replacing the fuel pump on 2003 jaguar s type 3.0 i still have no pressure .any help?