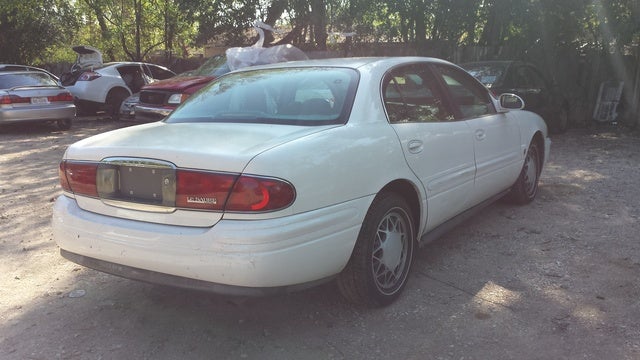 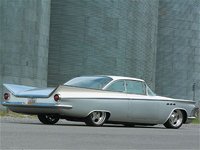 CarGurus has 553 nationwide LeSabre listings and the tools to find you a great deal.

Average user score
4.4 ⁄ 5 stars
Based on 16 reviews
The Silver Bullet by Alan — Two hundred and eighty thousand miles and it still runs and drives like a new one. First car ever to run a set of Defenders over 100,000 miles with tread to spare. Always MPG highway in the 30's. Y... Read more
My First Buick by Teresa — it is so comfortable and smooth riding. I just took it to WY and It was wonderful when I needed to get by some ass that wasnt even going the speed limit this car had no hesitation and got up and went.... Read more
Great by rmelton51 — Love everything about this car. Roomy Interior with the front bench seat. Room for six. comfortably, Large trunk for all your luggage. Rides and handles like a dream. Heads-up display is a great optio... Read more

Buicks have normally been thought of as a grandparent's car, but that doesn't mean it doesn't occasionally like to let its blue hair down and party. The 2003 Buick LeSabre celebrates 10 years of being the top-selling full-size car in America and the 100th anniversary of Buick Motors by releasing 10,000 Celebration Editions of the LeSabre Limited. Packed with all of the Limited features, the Celebration adds two-tone leather and black cherry wood trim on the inside, and a blacked-out grille, body-colored rocker panels, and 16-inch chrome-plated aluminum wheels on the outside. Of course, there's also appropriate badging. The Celebration Edition also features more standard equipment, such as the heads-up display and the StabiliTrak stability system, both of which are only optional on the Limited.

There are few changes to the traditional Custom and Limited versions of the 2003 LeSabre. Satellite radio was made available this year for the Limited, and for some reason the standard side airbags on the Custom were turned back into an option. A 3.8-liter, 205-hp V6 engine powers the 2003 LeSabre, matched to a 4-speed automatic. 15-inch wheels are standard, but 16-inch ones can be added through the Gran Touring Package, which also features a stiffer suspension and a rear stabilizer bar. The full-size LeSabre seats six in two rows of bench seats, though bucket seats can be substituted in the front. All models come with power driver's seat, full power features, cruise control, ABS brakes, and remote entry. Leather seats with memory settings, traction control, OnStar, auto-dimming rearview mirror, and dual-zone climate control are added to the Limited.

The 2003 LeSabre gets five-star ratings in crash tests, thanks to its dual front airbags, stiffer seatbacks, and headrest restraints that move forward to cushion the head. Older drivers and those with young families like the combination of safety, smooth ride, and interior room and comfort. Gas mileage is respectable for a full-size, and all the standard features lead some drivers to call it an "affordable Cadillac." Others wish it had a V8 optional engine. The backseat is smaller than you'd think, there is wind noise at high speeds, and the 2003 LeSabre seat materials seemed to wear out easily and not be as comfortable as in previous years.

Have you driven a 2003 Buick LeSabre?
Rank This Car

CarGurus has 553 nationwide LeSabre listings and the tools to find you a great deal.

What Is Compatible For A Buick LeSabre Limited In Motors

196 views with 5 answers (last answer about a week ago)

Why Is My Fan Making A Rubbing Noise?

My fan started making an irritating rubbing noise recently when I use either my heater or air conditioning in my Climate Control System. I am unable to locate the fan to investigate?

Vibration When Accelerating Between 40-50 Mph

I have 2003 Buick Lesabre, and I have some vibration issue from side to side when I drive (accelerating) between 40-50 miles. It gets worse when I have some passengers. There is no vibration other t...

My late mom passed away and I inherited her car (see subject line above, Buick LaSabre with only 22,000 miles on it and NO reported prior problems). It has sat in a garage for a few weeks but starte...

How do you reset security system on Buick lesabre w/pass key 3, car was broken into& lock cylinder was damaged& battery cables cut parts have been replaced. Was trying to program new key, & the on...