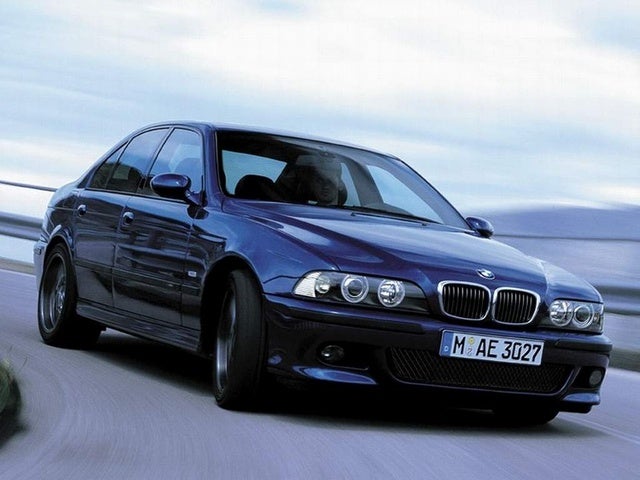 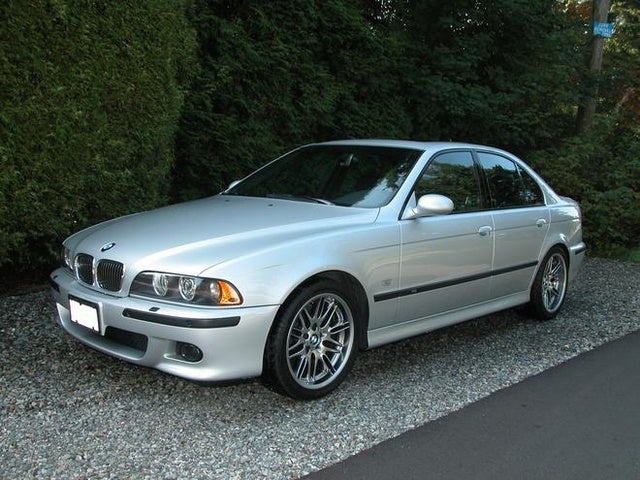 A 4.9 liter, V8, 394 horsepower engine propels the 2003 BMW M5 from zero to 60 miles per hour in less than five seconds. Sure, plenty of two-seat sports cars can do just that, but stop and consider that the M5 is built on the basis of BMW's 5-series and seats five, and you know this car is something special.

This is a high-performance model based on the 5-series, but it is not a car for the faint of heart or for someone looking to drop money on a BMW. This is a serious driving machine, a tamed-down race car suitable for street use.

Jason When people talk about the golden age of BMW in the late 1990s and early 2000s, there are a few cars that come to mind. The funky, clown-shoe-looking M Coupe was lively, ferocious, and just the right amount of weird. The E46-generation M3 was fast, stylish, and perfectly balanced. But, as Christoph Waltz says in Inglorious Basterds, “Don’t forget the cream.” And in this case, the crème de la crème of early 2000s BMW offerings is the E39-generation M5. Not only is this raucous-sounding, smooth-riding, timelessly elegant M5 perhaps the seminal executive sport sedan of the early 20th century, it was also popular. BMW made more E39 M5s than the prior two iterations of the M5 combined. That means there are plenty of examples out there to be enjoyed. And now that it’s been nearly 20 years since the first E39 M5s hit the streets in 1999, high-quality, well-preserved survivors are fetching big money.

How Do You Calculate The "Instant Market Value" Of A Car?

I've noted that same model same year cars on your site with mileage within 2k of each other are calculated differences in pricing of more than $1,000 dollars.