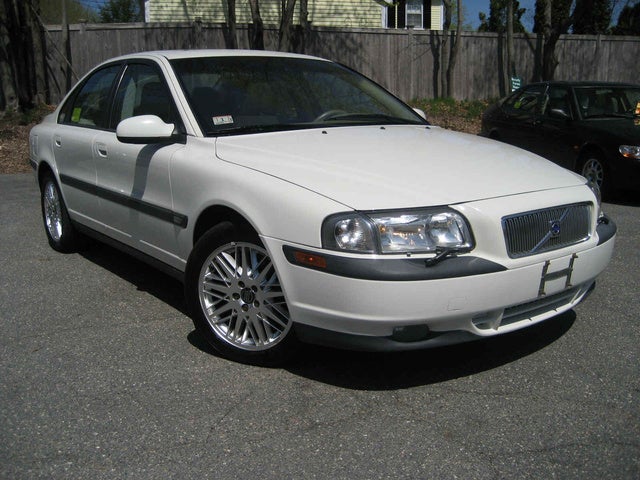 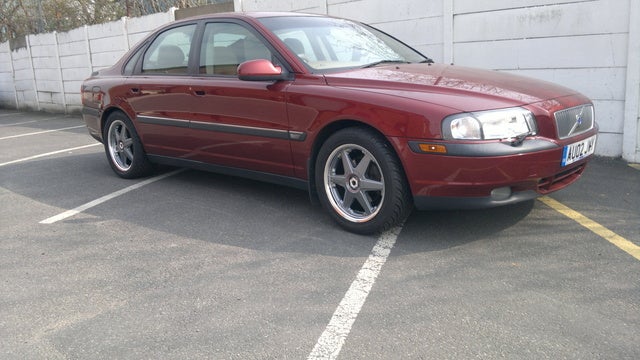 Volvo has continued to improve safety features for its flagship sedan. The 2002 model year adds Emergency Brake Assistance as a standard feature on all models, and Volvo has also improved throttle management and traction control. The S80 also receives appearance enhancements, including color-keyed exterior trim and new color choices. A special edition T6 Elite is also added this year, combining all of the Executive's interior amenities with a five-seat layout.

The Elite is and extension of the T6 Executive style, and it does exist as a separate trim level. There are three S80 variants: the entry-level 2.9, the T6 and the T6 Executive. All S80s are equipped with most of the expected luxury items, including leather upholstery, dual-zone automatic climate control, cruise control, keyless entry, heated mirrors and steering wheel-mounted audio and climate controls.

The two available S80 engines are determined by the trim level. The 2.9 gets a 2.9 liter inline six, which provides 197 horsepower and 207 pound-feet of torque. All T6 models are powered by a turbocharged 2.8 liter inline six, making 268 horsepower and 280 pound-feet of torque. Both engines are paired a four-speed automatic transmission, and the T-6 gets a manual shifter. EPA estimates are 19/27 mpg for the 2.9 and 18/26 mpg for the T6.

According to reviewers and consumers, the S80's top features are build quality, safety, interior comfort and acceleration. The 2.9 is fast enough, but the T6 models offer above average acceleration, speeding from 0 to 60 in about seven seconds. Some test drivers have reported the the T6's suspension and steering systems are not adequately matched with the engine power. The steering feel is not natural enough. The automatic transmission's power delivery is very smooth and there is very little turbo lag when the T6 takes off.

Many consumers have found some of the S80's controls difficult to manage, especially the back-mounted steering wheel controls, which are not visible to the driver. When the navigation system is added, the dash layout becomes a bit cluttered and more confusing.

2002 s80. Air conditioner seems to cool air only some of the time. Is the compressor freezing up or is it an electrical problem?

769 views with 4 answers (last answer about a year ago)

I have a 2002 Volvo S80 and I just replaced the radiator but now there is no acceleration even in park. The gas pedal goes flat and the engine does not rev

516 views with 3 answers (last answer about a year ago)

jtwalton asked a 2002 Volvo S80 2.9 Maintenance & Repair question about a year ago

jtwalton asked a 2002 Volvo S80 2.9 Maintenance & Repair question about a year ago

I have a 2002 volvo s80 2.9. It is throwing a P0336 code. I have changed all spark plugs, all coils, the crank and camshaft position sensors, and the fuel filter. The car still will not start.

My 2002 Volvo S80 has a maintenance code on that says 'Bulb failure, position light'. What does this mean?

162 views with 3 answers (last answer about a year ago)