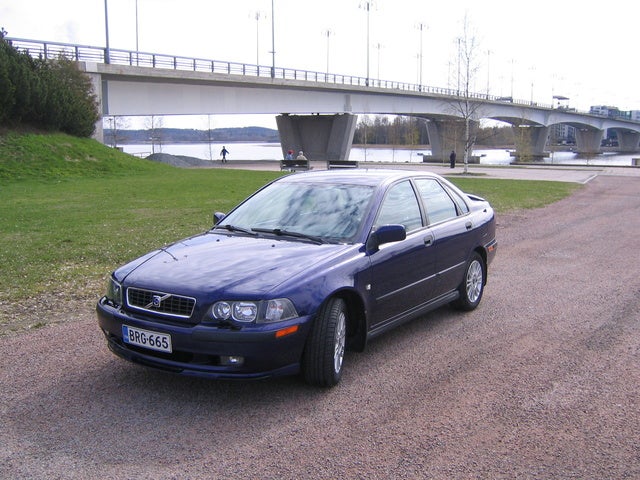 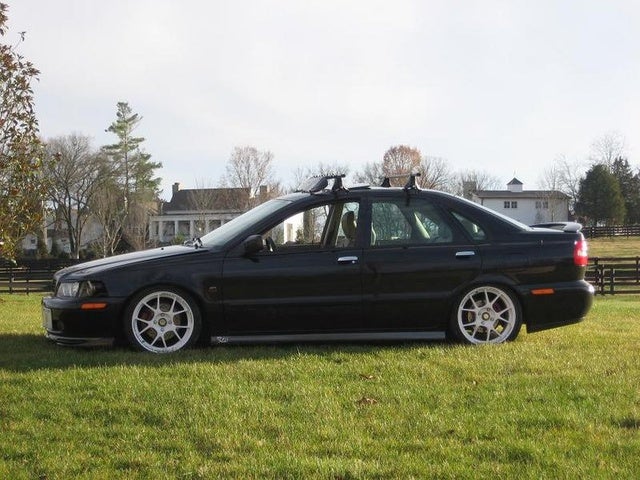 There are several minor updates to Volvo's entry-level S40 sedan in 2002. New exterior colors debut, and a second cup holder has been added to the center console. The options packages have also been reorganized for added convenience. The Premium Package now bundles a sunroof, CD player, an eight-way power driver seat and wood trim. A new Premium Plus package adds leather upholstery and a leather-wrapped steering wheel to that list. The popular Sport Package now includes aluminum interior trim, sport seats and unique instrumentation.

The S40 is still only available in one trim, now called the 1.9T, which is available for just under $25,000. Standard features include most of the expected amenities for an entry-level luxury car, including full power accessories, keyless entry, heated mirrors, cruise control, automatic climate control and an interior air filter. Items like a sunroof, a trip computer and a power driver's seat are optional, but adding packaged features can bring the price to over $30,000.

The S40 is powered by a 1.9 liter turbocharged inline four, which supplies the 3000 pound sedan with 160 horsepower and 177 pound-feet of torque. A five-speed automatic transmission was added in 2001. This is no manual option, but the five-speed gearing helped to improve the S40 fuel economy, which is now estimated at 22/32 mpg.

The S40 gets mixed reviews with respect to performance. The sport sedan is fast enough, running from 0 to 60 mph in 7.8 seconds, but testers were disappointed with the significant turbo lag in the lower speed range. Volvo's suspension system is road-responsive, but the ride is adequately cushioned from most uneven surfaces. The sedan offers a quite and stable ride, with controlled steering and powerful brakes. Unfortunately, the S40 is not sporty as German competitors like the BMW 3-Series.

A well-crafted interior and the long list of standard safety items are also among the highlights for owners and reviewers.

Brakes Are Hard To Push, Slow Stopping, But Brake Fluid Is Full..what Could...

Every time I start the car the brakes are super stiff and pedal is hard to push with very slow stopping but after I brake several times it gets better (enough to drive it) but is still pretty scary ...

I'm Having Trouble Starting, It Will Crank And Crank Over I Have To Pump Th...

But it's FI, sometimes it will barely hit then die, it's as if it's not getting fuel at start up, but runs good once started. It will get a little sluggish at times. Is it the fuel/air mixture or...

Where do I get a bill of sale

Is There A Way Of Glueing Or Sealing The Trim On The Top Of The Windowshiel...

Can windowshield trim be changed with out removeing the windshield? Or can the old one which is loose be glued or sealed and with what????