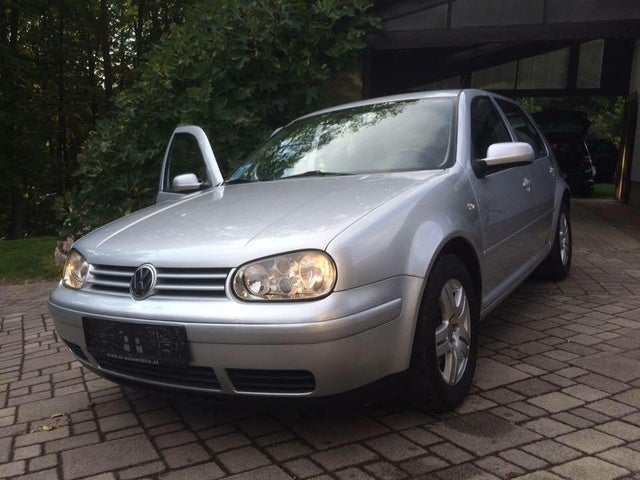 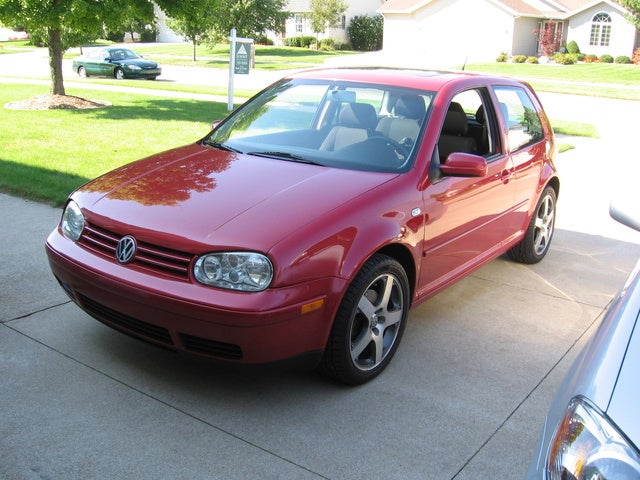 In an effort to meet head-on lingering complaints about the build quality of its venerable Golf models, Volkswagen effectively doubled the length of its bumper-to-bumper warranty, from two years/24,000 miles to four years/50,000 miles.

Plus, the base Golf GL trim package was finally available in both two- and four-door sedan versions. GL buyers could choose from two engine options: either the base 115-hp, 2.0-liter 4-cylinder gas engine or the 90-hp, 1.9-liter diesel engine with the TDI (turbo direct injection) feature. A five-speed manual overdrive transmission was standard. A four-speed automatic was available as an option.

A higher-end GLS trim package was also available, with the same two engine options but with an expanded list of standard features. The Golf GL came with such features as air conditioning, anti-lock brakes, dual airbags (driver and passenger), tilt/telescoping steering, power door locks, an anti-theft alarm system, and an AM/FM/cassette stereo system. The GLS packages added a CD player and power windows, among other features. The GLS TDI also added traction control.

Drivers appreciated the Golf's value, handling, safety features, power, and sportiness. However, some drivers noted that the car still had quality-control issues requiring expensive repairs. The transmission and electrical system were noted by some drivers as being particularly troublesome. Perhaps that extended warranty wasn't such a bad idea after all.

What's your take on the 2002 Volkswagen Golf?

Have you driven a 2002 Volkswagen Golf?
Rank This Car

Car Does Not Have Any Power

I have a golf mk4 2.0lt crossflow my car does not have any power at all to even climb a small incline I have changed the plugs leads and coilpack even the air sensor n stil no difference so pls can...

Eric asked a 2002 Volkswagen Golf GLS 2.0 Maintenance & Repair question about a year ago

What's Wrong With My Gears

Need Help With My Golf

I'm losing antifreeze somewhere I've checked my heater core check my thermostat check my hoses so can somebody help me out the 2.0 Volkswagen golf 5 speed

I would like to know a good idle speed to have on my car.

Can A Faulty Ignition Switch Cause Battery Drainage