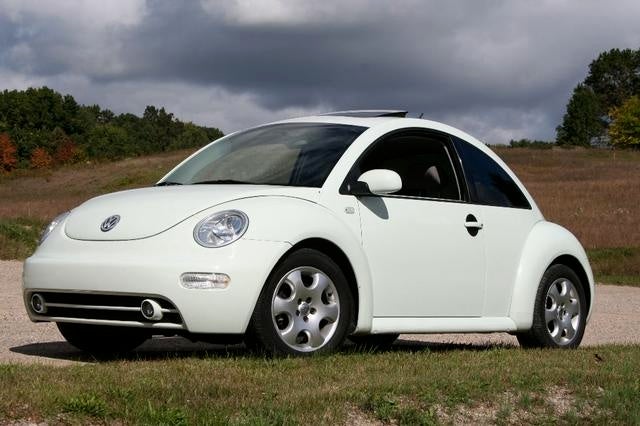 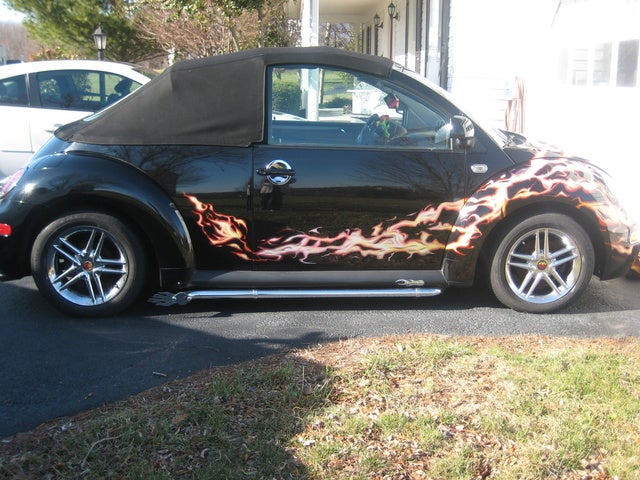 Volkswagen upped the ante in 2002 by offering the Beetle in a new trim package, the Turbo S. The fastest Beetle yet, it was powered by VW's 1.8-liter, 4-cylinder turbocharged engine, with a bump in horsepower from 150 to 180. A new six-speed manual transmission was also part of the package, as were such features as a front spoiler, a redesigned rear bumper, an Electronic Stabilization Program, and special 17-inch wheels.

The rest of the line received only minor upgrades, such as new colors (Riviera Blue, Pastel Green) and larger tires on 16-inch wheels.

The Beetle continued to draw the admiration and enthusiasm of drivers, with new bright colors only adding to the visual appeal of the vehicle. There were a few minor complaints - - about the limited storage space in the trunk and rear seat room, for instance - - but generally drivers were won over by the Beetle's nimbleness, sporty look, and "fun" factor.

What's your take on the 2002 Volkswagen Beetle?

GuruT6CYP MY BEETLE IS POSSESSED

Have you driven a 2002 Volkswagen Beetle?
Rank This Car

I have a 2002 Beetle with a 1.8 l turbo engine. While changing the water pipe for the heater hose, I moved the vacuum hoses and pulled very hard on the lines going into the vapor canister, or what I...

I recently hit 100k a few days ago, everything was working properly up until 2 days ago when I noticed my heater fan wasn't working! As well as my turn signals,my daytime\headlights, my wipers, both m...

Just recently bought privately a 2002 volkswagen beetle. When test driving the car and talking with previous owner for about an hour. The car alarm never went off. Maybe because the doors were unlo...

104 views with 2 answers (last answer about a year ago)

Keeps Dieing After A Few Miles

2.0 2002 vw beetle runs but just dies after a few miles, its a 5 speed manual transmition, any sugestión