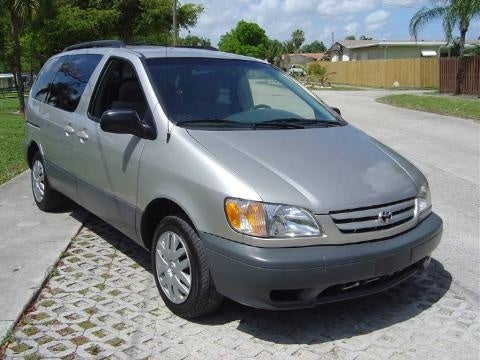 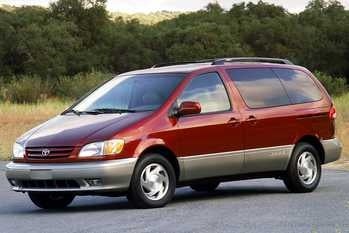 The 2002 Toyota Sienna didnâ€™t see many changes, with the exception of a sound system options package, which included an upgraded stereo system and other interior features.

The 2002 Sienna came in three trim levels: the base CE, the midrange LE, and the high-end XLE. The CE is for minimalists only, with air conditioning, power windows, power locks, and a cassette player all optional. The LE is better equipped, and the XLE includes luxury-like amenities, such as leather trimmed seating and a power moon roof. The engine is a 3.0 liter, 210 horsepower V6 that gets about 19/24 mpg.

The 2002 Sienna is popular because owners say it drives more like a car than a van. They also appreciate the generous amount of cargo space and Toyota reliability. Owners do complain that the power sliding doors could be a danger to children, and some recommend replacing the stock tires with better quality ones.

Guru95ZW3 I love my 2002 Toyota Sienna, purchased it as a 2002 Leftover from a dealer and it has been working great. It has had few minor issues but my 2 sons are mechancis so I have saved a ton of money on any repairs, just had to purchase the parts. Travel the east coast alot and it is very reliable and I get great gas mileage. Love it, but will have to replace it someday.

Have you driven a 2002 Toyota Sienna?
Rank This Car

Where The Location Of A Water Pump Of Toyota Sienna Van

Hello, I have a 2002 Toyota Sienna with 170,000 miles. Recently was having issues with my breaks pedal going to the floor. I could see that there was a brake line that needed to be repaired due to...

How Do You Open The Rear Hatch On A 2002 Toyota Sienna With A Broken Handle...

also need to know how to replace the handle on the rear hatch once i am able to open the door. thanks

Darting Suddenly In The Road

Rear Latch Does Not Unlock After Replacing Trunk Latch.

I just replaced the latch handle in my 2002 Sienna Synphony. After I lock it with the power lock, it does not open. The only way to open it, is to remove the cable, and pull up trunk latch. Any sug...