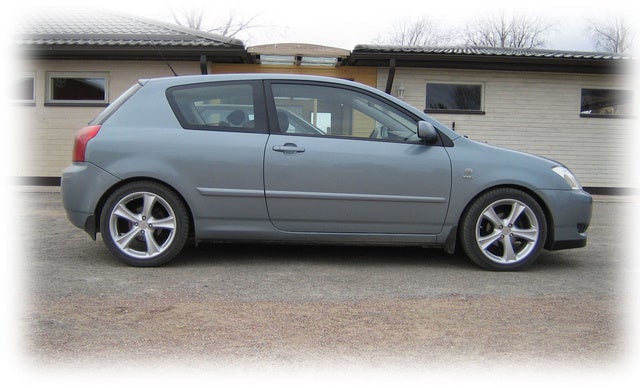 The 2002 Toyota Corolla went into the model year completely unchanged.

The 2002 Corolla came with an aluminum 1.8-liter four-cylinder engine. Fuel economy was about 31-38 mpg. The S model, just introduced the previous year, came with a number of distinctive features, including unique wheel covers, foglights, a tachometer, and a faux leather-wrapped wheel. The base-level CE came with only the basics, and the nicely equipped LE rounded out the lineup.

Owners of the 2002 Corolla have a number of complaints, including a bumpy, noisy ride; a lack of interior space; and unimpressive acceleration. Still, drivers admit that the value, dependability, and fuel efficiency make the 2002 Corolla worth it

What's your take on the 2002 Toyota Corolla?

Have you driven a 2002 Toyota Corolla?
Rank This Car

Toyota corolla tail lights won't turn off. I have tried pulling battery, fuses all check out. Could a relay cause this? Any help would be appreciated, just getting into this.

My battery is dead and my alarm won't turn off. There is a flashing red light on the left side of the steering wheel. How do I get the alarm to go off so my mechanic can start it up so he can fix m...

My sister is gifting me a 2002 Toyota Corolla. The big catch is that, from day one as they bought it new, it starts to shudder if it goes over 45 mph. They could never find a solution for this pro...

I have a 2000 Toyota Camry and a 2002 Toyota Corolla. Can the shocks from the Camry fit the Corolla?? The Corolla just needs steering knuckle but the Camry's bolt pattern are a little different. I ...

Over the past ten years I have owned a 1999CE and a 2001CE Corolla both had overdrive with the overdrive button on the shifter. Yesterday I purchased a 2002 Corolla CE and there is no overdrive button...